A striking public art component has been added to the base of Grosvenor Americas’ new The Pacific tower, located near the north end of the Burrard Street Bridge in downtown Vancouver.

Conceptualized by local artist Lyse Lemieux, the “Personnages” installation is comprised of 18-ft-tall figures adorned to the double-height columns outside the lobby of the 39-storey condominium tower.

“Public art should always be about giving back to the community. My goal with the Personnages mosaics was to create drawings that people living in the building and in the neighbourhood would identify and relate to,” said Lemieux.

“These figures are both observers and participants to our times; sometimes gendered and sometimes not.”

Her inspiration for the installation’s early concept came from the columns that wrap around the ground level facade of the tower, which reminded her of Greek caryatids — sculpted human figures that provide architectural support instead of a conventional column or pillar.

She was also drawn to mosaics for their storytelling properties, capitalizing on the timeless appeal of this medium that is both rooted in the past while still feeling very contemporary.

The figures are prominently positioned at street level, with the building located at the northeast corner of Hornby Street and Pacific Street.

In addition to the figures, the tower’s entire Hornby Street facade is accentuated by a special nighttime lighting feature. 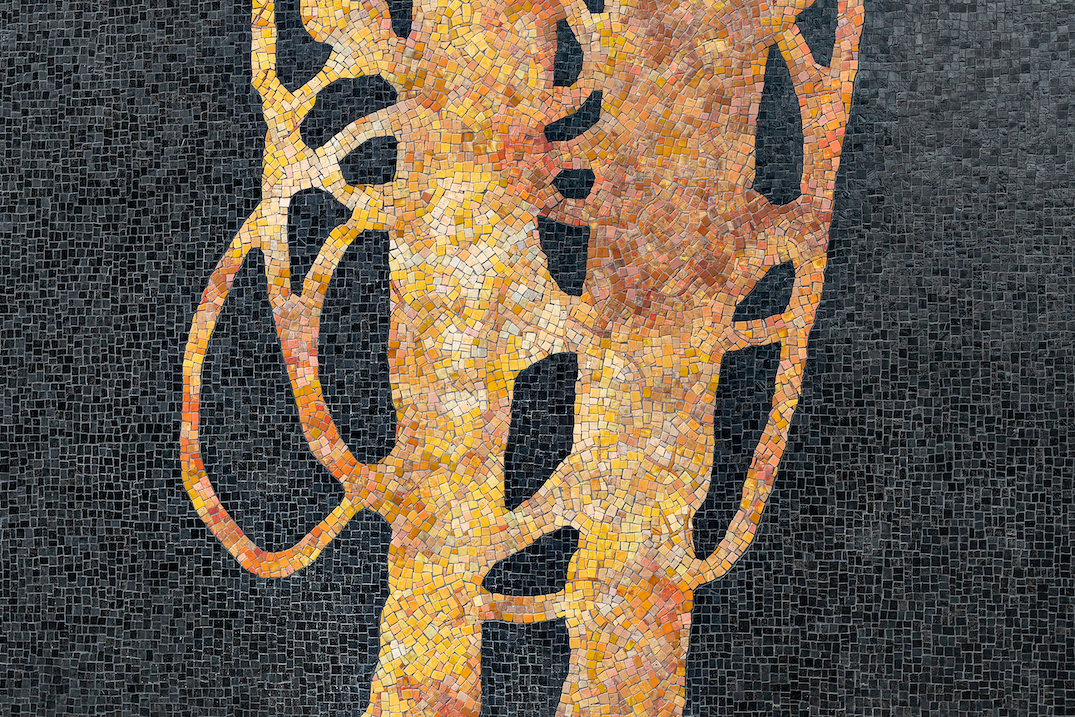 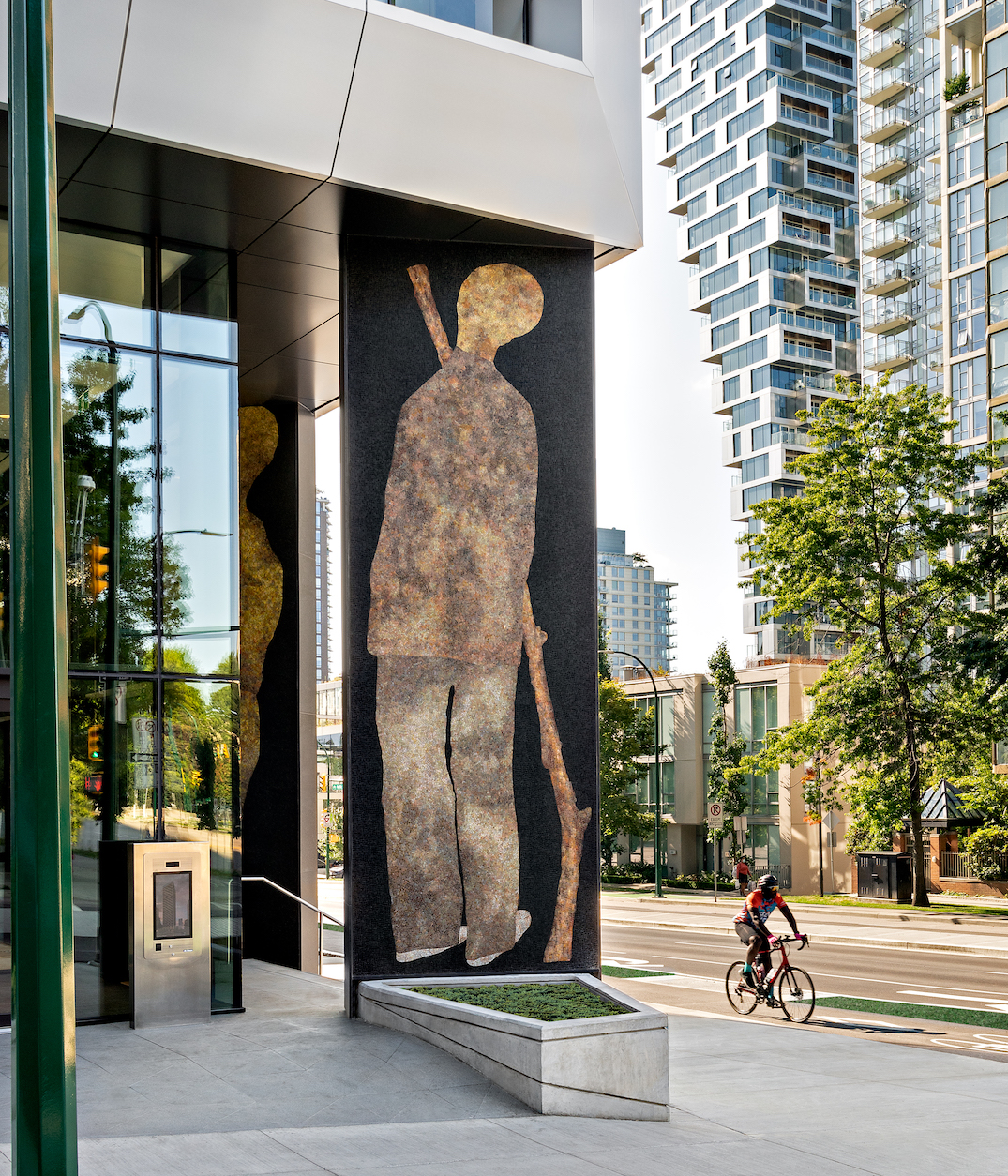 The development site also includes the retained and restored heritage Leslie House, and a seven-storey community artist production hub building funded and developed by Grosvenor Americas as a community amenity contribution. This artist hub is expected to reach completion next year.

Both the main tower and the artist hub building are designed by ACDF Architecture and IBI Group. 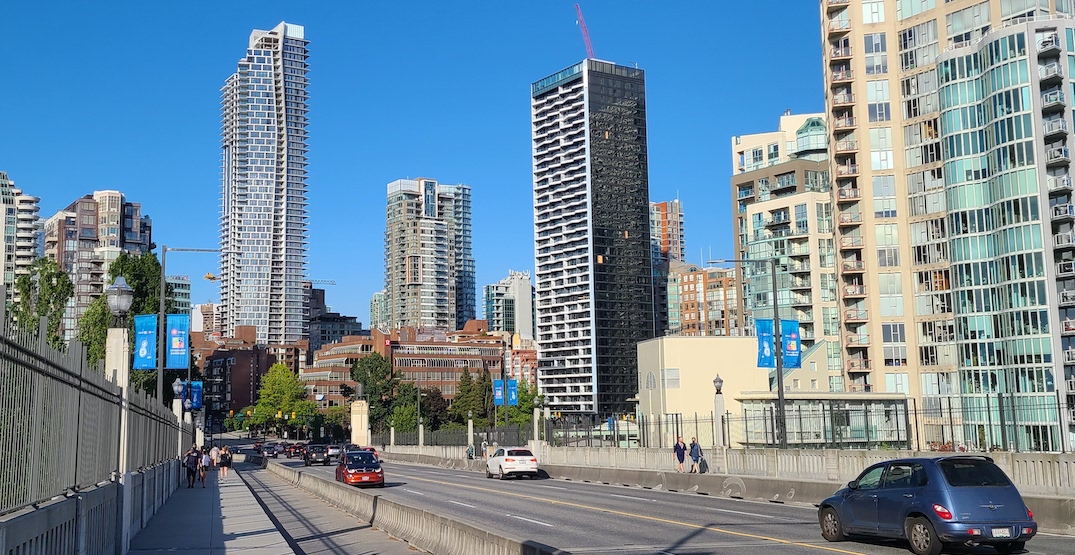 Construction progress of One Burrard Place at 1290 Burrard Street (left) and The Pacific at 1380 Hornby Street (right) in downtown Vancouver, as of January 23, 2021. (Kenneth Chan/Daily Hive) 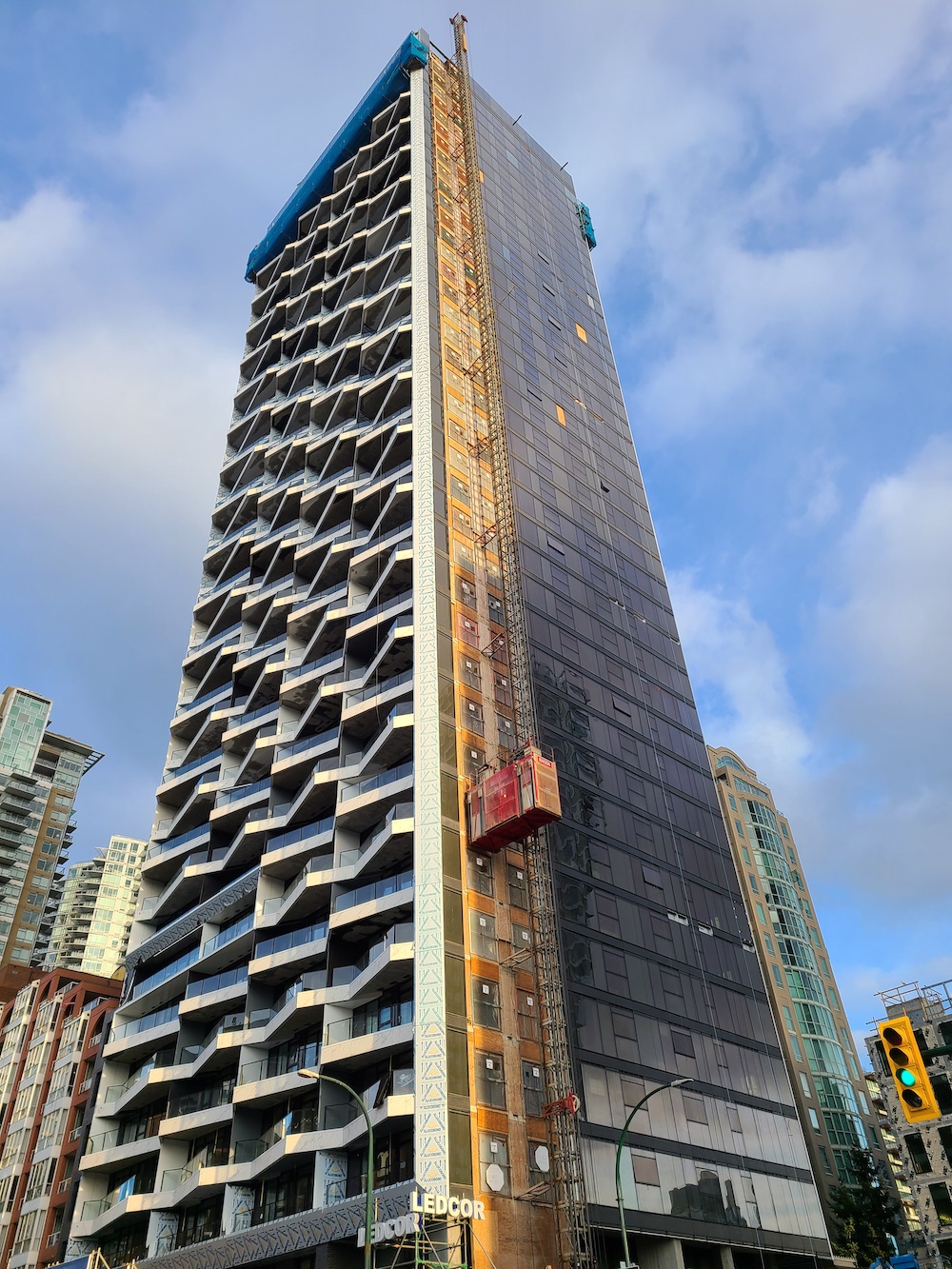 Construction progress of The Pacific at 1380 Hornby Street, Vancouver, as of January 23, 2021. (Kenneth Chan/Daily Hive)

Vancouver-born Burroughs has been a pleasant surprise for Canucks

Homes for up to 18,000 people proposed for Point Grey in Vancouver (RENDERINGS)

Brightening Up a 1930s Tudor Revival

Astec Industries rebrands all of its products under one name