Skanska crews are braving rattlesnakes in the steep mountainous terrain of the Badlands of California, while also saving the deadly snakes, mountain lions and other protected animals that could get killed crossing the highway they are widening.

A full-time biologist has been at the work site for the State Route 60 Truck Lanes project between Moreno Valley and Beaumont in Riverside County to make sure the wildlife in the area, which also includes bobcats and coyotes, are protected.

But the biologst’s biggest help to the road crews has been capturing and relocating the rattlesnakes they find out in the brush or seeking shade under the lumber stacks, in the pipes, even underneath vehicles.

“One of our biggest challenges out here is rattlesnakes,” says Rafael Gutierrez, Skanska senior project manager. “There’s a lot of rattlesnakes. So whenever we were working and our guys come close to a rattlesnake, we call him and he’ll grab it and move it away from the project.”

That sometimes happens multiple times a day, especially in spring and summer.

Gutierrez says this project is probably his largest in which wildlife plays such a designated role – for both the safety of the animals and for the workers. The area is home not only to the above mentioned animals but more than two dozen protected species, such as badgers, burrowing owls and San Bernardino kangaroo rats.

A coyote approaches a wildlife crossing on the Route 60 Truck Lanes project.SkanskaAlong the 4.5 miles where two truck lanes are being added in each direction, the crews extended three underground wildlife crossings and have installed six of seven reinforced concrete pipes specifically designed for animals to cross safely under the road. Skanska is also charged with constructing two 201-foot-long reinforced-concrete box culverts – both 20 feet tall by 20 feet wide – specifically tailored for animals to get from one side of the highway to the other. The underground crossings are designed to be tall enough so animals can see light at both ends and feel safe enough to enter.

The boxed crossings are being built in three phases, allowing traffic to keep moving to and from the neaby desert resorts of the Coachella Valley. The most challenging part are the 26-foot-long mid-sections, where workers are in the median with traffic zooming past on both sides at 30 feet away, Gutierrez says. The excavations are 32 feet deep.

“We were working basically in the median between eastbound and westbound traffic. That’s probably the toughest because the excavation was deeper than it was wide,” he says. “It’s really tough access to get down to the bottom of the boxes.” 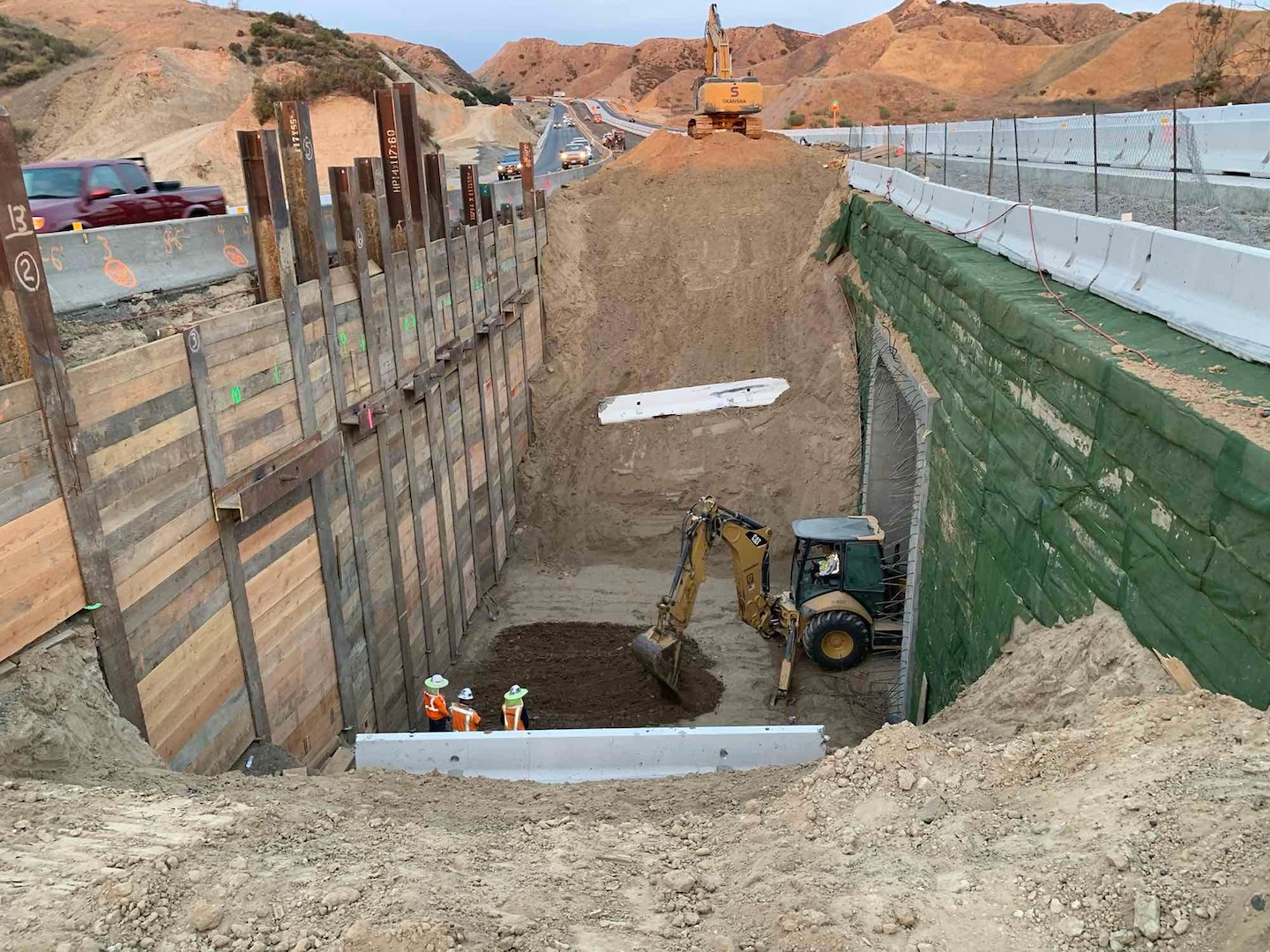 The mid-sections of the wildlife tunnels provided the biggest challenge because of their 32-foot-depth, limited space and proximity to traffic.SkanskaAs of May 20, one of the underground box crossings is completed and another should be done by the end of the month. The completed one appears to be working. The biologist regularly sends photos of animals using the crossings.

“We’ve seen all kinds of animals here,” says Gutierrez. “We’ve seen a mountain lion; we’ve seen bobcats, coyotes. There are a lot of possums, smaller stuff like that.”

Other wildlife logged by the biologist: bats, deer and red tail hawks. An owl that was hit by a vehicle was rescued and relocated to an owl sanctuary in India.

And, of course, rattlesnakes – red diamond and Southern Pacific species – were relocated. The crews have stayed safe from them. Gutierrez says they receive daily reminders of the danger.

“That’s part of our safety topic every morning,” he says. “If you’re moving material that’s been sitting there for a few days, bang on it before you actually go pick it up or just be really careful where you’re at.” 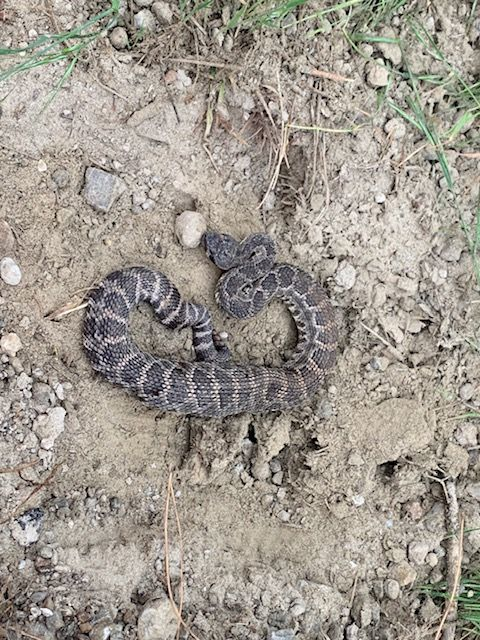 “One of our biggest challenges out here is rattlesnakes,” says Rafael Gutierrez, Skanska senior project manager.SkanskaThe $138 million project, which began in 2019 and is expected to wrap up next February, is nearing its final stages. The biggest challenge, Gutierrez says, has been accessing the mountainous terrain. The crews were prevented from entering environmentally sensitive areas and had to build their own roads to access the mutitude of hills that had to be cut down to highway level. They were not allowed to use explosives because of the environmentally sensitive areas.

Some of the hills were as high as 200 feet, making them too tall for scrapers. Bulldozers were used on those hills first to push the hard-packed silty dirt down to excavators, which loaded the dirt into trucks. The project has involved excavating 2.2 million cubic yards of dirt. 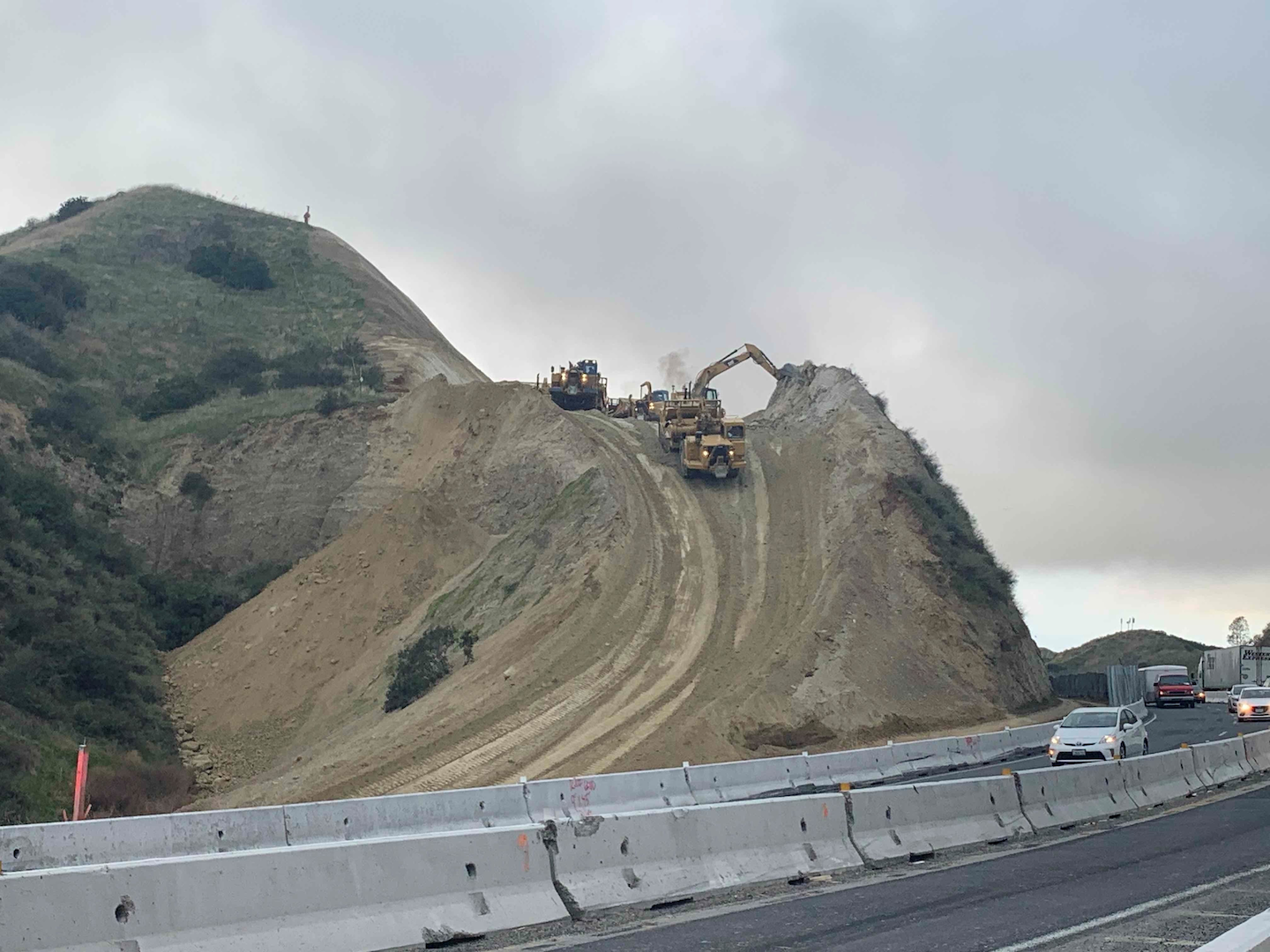 The steep terrain on the Route 60 Truck Lanes project presented various challenges to road crews.SkanskaGutierrez says the experienced crews on the project have made it a success – not only for Skanska, project owners Caltrans and the Riverside County Transportation Commission, but also for the animals. He expects the project to end ahead of its April 2022 deadline. And he’s proud it will help protect the area’s diverse wildlife.

“We want to build something that’s useful and meaningful,” he says. “We definitely don’t want to destroy habitat.

“We want to keep wildlife as wild as we can.” 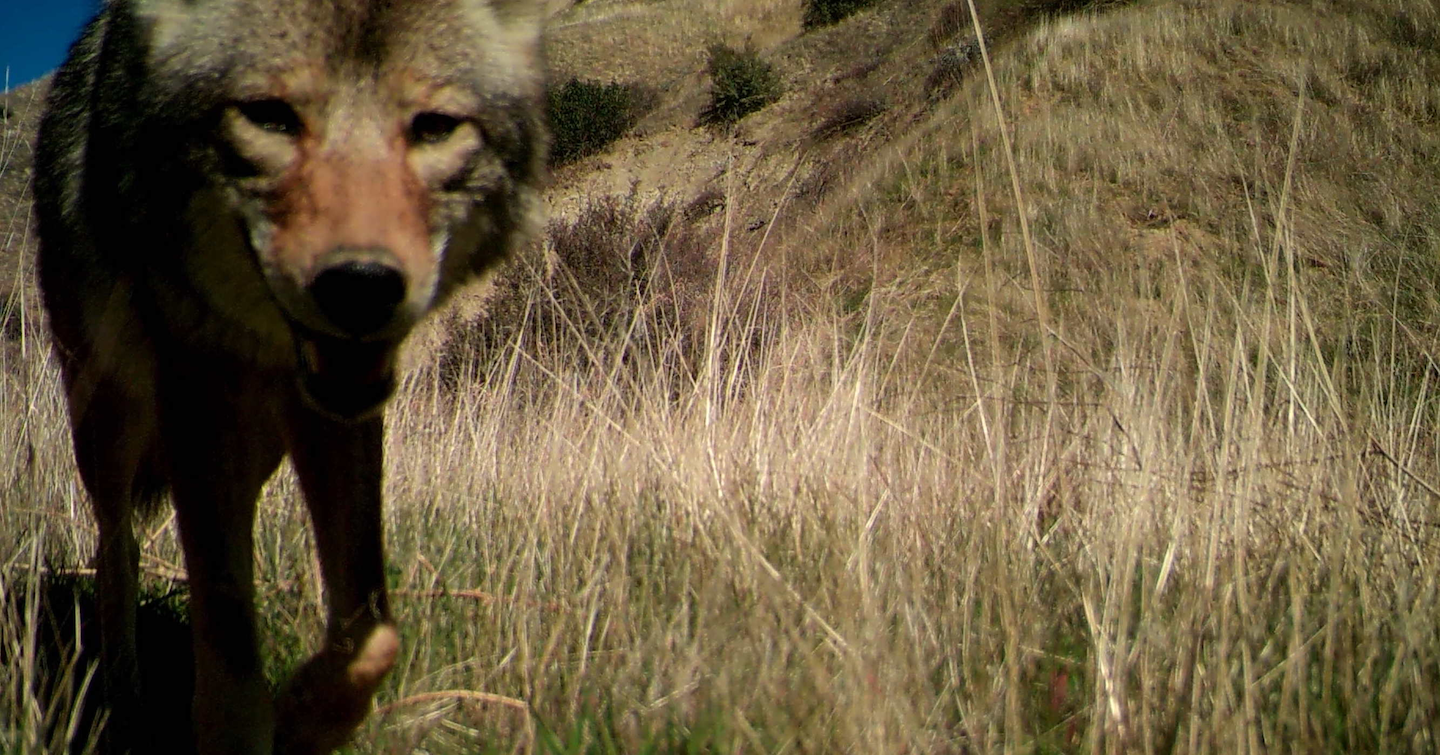 A closeup of a coyote at a wildlife crossing on the Route 60 Truck Lanes project.Skanska 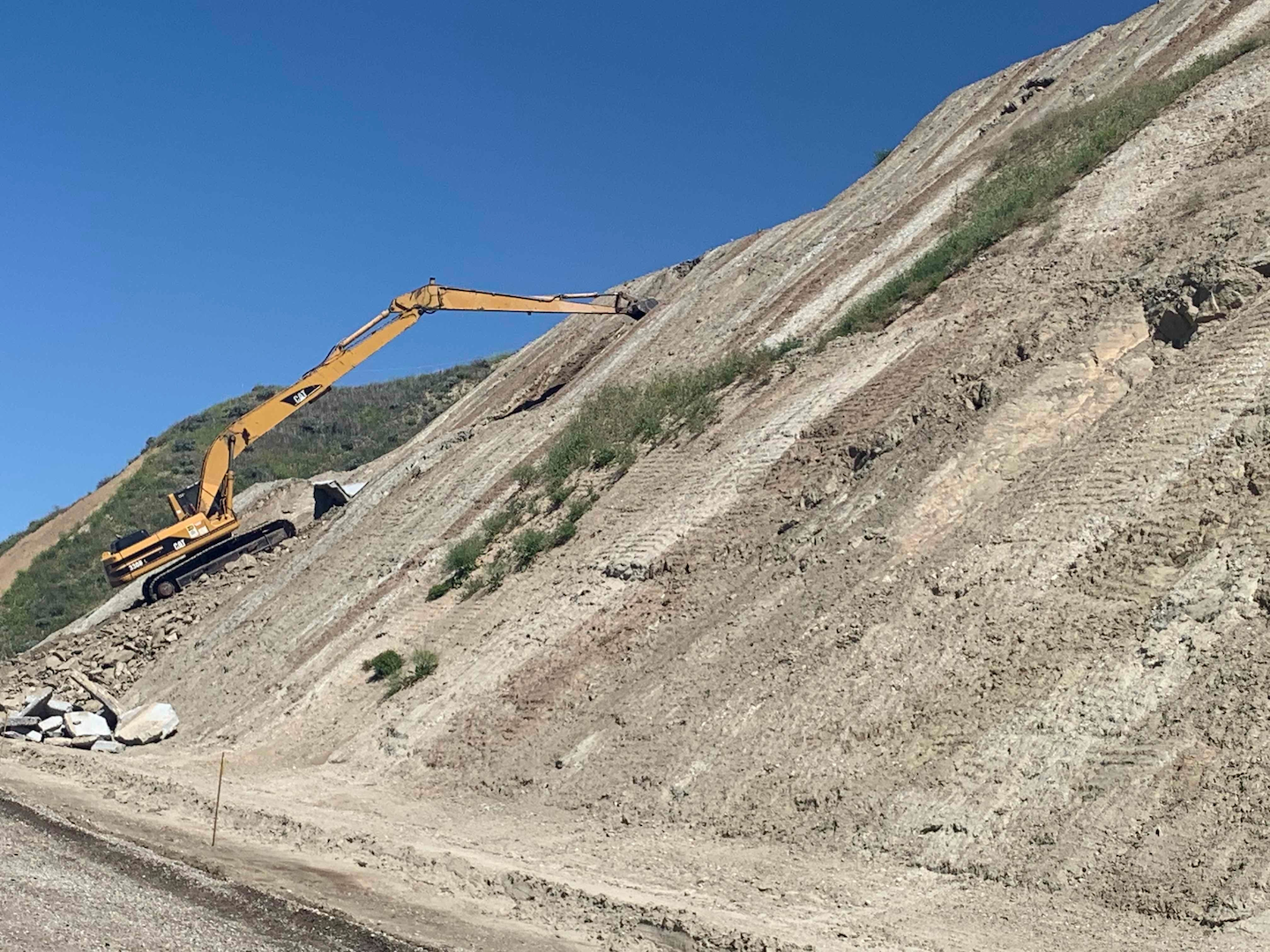 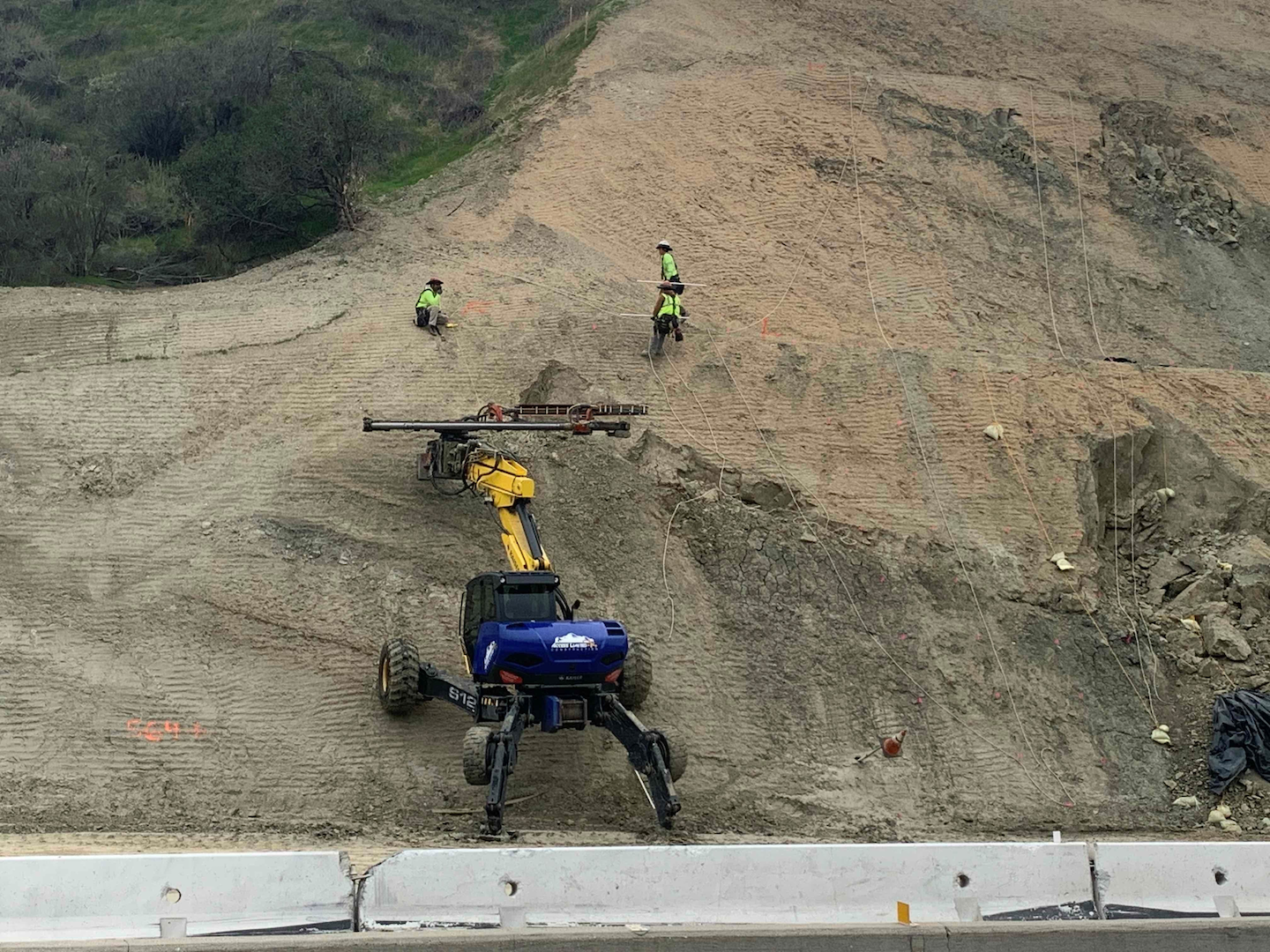 A spider excavator comes in handy on the steep hills of California’s Badlands.Skanska 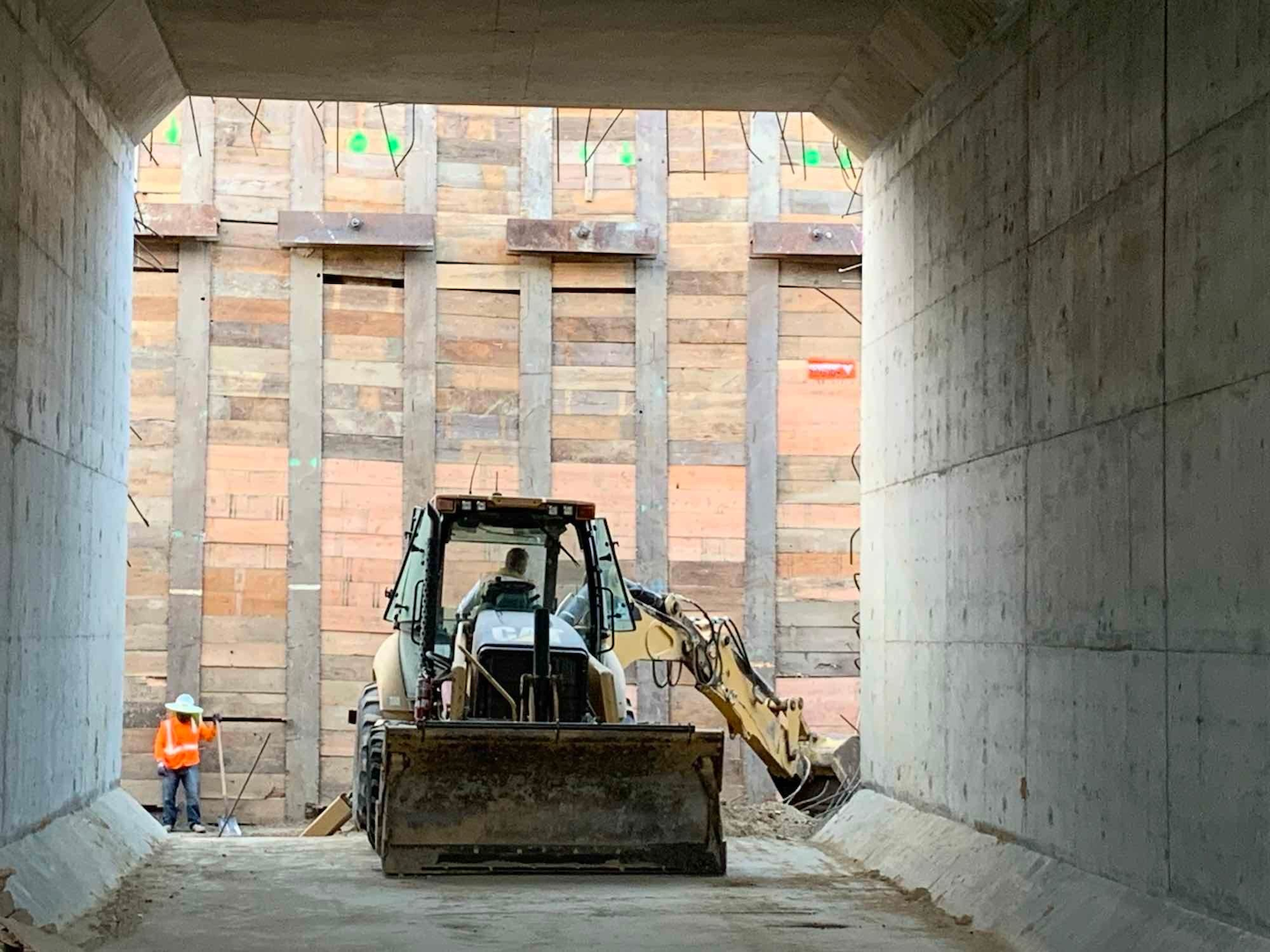 The interior of one of the wildlife tunnels on the Route 60 Truck Lanes project.Skanska

BC Housing Market Continues at a Record Pace

Transparent Wood Developed by US Researchers for More Efficient “Windows of the Future” —...

The Minimalist Patricia Residence in Montreal by Dupont Blouin Architectes