Prom season 35 years ago: I spent most of my hours in Shannon’s basement trying to set a pair of sleeves into a suit jacket for my grad night.

Shan’s mum said I could use her sewing machine. Somehow I had gotten into my head that I could make a white standing-collar coat accessorized with an aubergine-coloured silk sash. The great big ribbon would hang from the right shoulder epaulette which, of course, had to have gold braid.

I don’t know what I was thinking. The pretension of the outfit was off the charts. Who did I think I was, a plenipotentiary for an oil-rich microstate? In my defence, it was the 1980s. Music videos featured singers dressed in hussar jackets, mess coats, and boleros. Blame Adam Ant. Blame Michael Jackson. Blame Prince. And yeah, I had a mullet (not a metal mullet but a Duran Duran mullet).

The point is I also had a vision. GRAD NIGHT hung like a banner of multicoloured balloon font letters in my brain. For my friends and me, the dinner, the dancing, and after-party carousing at drinking establishments comfortable with underaged clientele were all part of our passage into adulthood. In our short lives up to that moment, we hadn’t had a chance to accomplish much, but this was something worthy, wasn’t it?

Hence, there I was trying to tailor a suit that required skills beyond my ability and time I no longer possessed. One lonely late night I kept basting and unbasting the sleeves because I couldn’t set them right. I kept sewing them on wrong, and they hung down at 7 o’clock instead of 6. By the third attempt I just wanted, in pure frustration, to cry. I’ve always hated when things don’t come together properly.

Which brings me to my own twin sons. They graduate high school in a month, but I started planning for their prom night when they were still in Grade 9.

It wasn’t intentional. You could say it was an accident. I was in a thrift store when I found a pair of gold tonneau wristwatches. They looked like hell, but through the scratched crystals I could see one was a Bulova and the other a Waltham. They had 16mm lug spacing, considered quite narrow these days, but I thought they had a quiet elegance. They would be perfect for black tie, a night on the town, and for Emmet and Jack’s grad.

I paid ten bucks for them and a great deal more to have them mechanically restored (though I kept the patina). When I got them back from the shop, I tucked them into my necktie drawer. For the last four years, I’ve kept them there ready and waiting for the momentous occasion to come.

But it never will.

Last week, we found out in an online meeting with other parents and the school that the boys won’t have a graduation night. There are plans to set up a COVID-19 safe process so seniors can receive their diplomas on stage and their families can take a few pictures, but no dinner and no dance.

The school’s dry grad committee had been hoping against hope to throw a series of dinners for cohorts at a local waterfront hotel, but that plan remains wait and see.

One part of parenting, even if it’s not actually a recommended technique, is trying our best to help our children avoid the mistakes we made.

In retrospect, for my grad, I wish I had possessed the good sense to rent a classic tuxedo that fit. I wish I had paid more attention to Shannon instead of flirting with other girls. That memory in particular makes me cringe. And more importantly, I wish I had been more mindful of the whole experience, because most of the details have since slipped away.

I realize now that the boys’ grad would have been a chance for me to impart some sartorial wisdom, to encourage gentlemanly deportment, and to coach them to drink in the long night rather than drink all night long. The evening would have been more than the celebration of a milestone; it would have been a heightened moment when the best in the boys could shine. 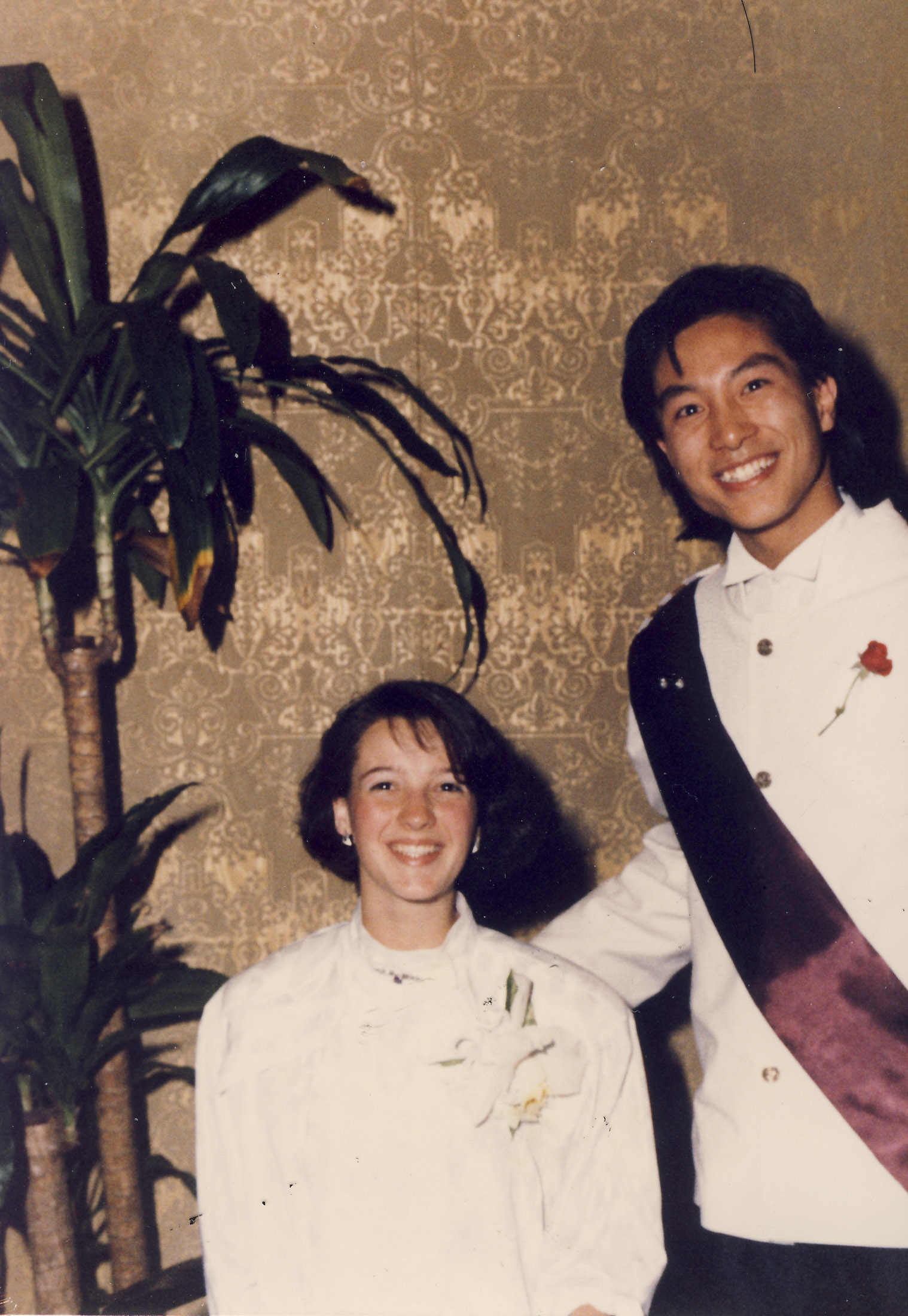 After the online meeting, I asked Emmet and Jack into Melissa and my bedroom and got them to sit on our bed. I asked them how they felt about the situation. Jack said, “It’s no big deal. I’ve been under the assumption we wouldn’t have a prom for the last year.”

Jack replied, “Isn’t it just a stereotype that people drift away from their friends after high school? You still talk to your friends.”

Emmet added, “What are you supposed to do in high school? You’re supposed to learn, have fun, and make lifelong friends. I’ve done all that. That’s what’s important.”

I was going to explain to Jack that it was a cliché and not a stereotype, but before I could get the words out, Emmet jumped on Jack. They began to wrestle on the bed. Their play fighting moved to the floor. I started to worry they would annoy the neighbours downstairs, but the noise and the chaos shook away the anxiety and sense of loss I felt on their behalf.

These unprecedented pandemic times are my sons’ times, grad or no grad, to savour or to fritter, to envision or to ignore as they see fit—and as they are apt to do. I had my grad, and the last song (it was “Stairway” of course) played out a long time ago.

Jack got the upper hand and dragged Emmet around. Emmet leapt to his feet and scrambled for the door. They tussled down the hall like a pair of juvenile Labrador retrievers, leaving me alone in the room to wonder: who is supposed to be imparting wisdom to whom?

Here’s where to buy THE Bernie Sanders inauguration mittens

A permanent housing project in Montreal tries to help a city hit hard by...