located in the north-eastern zone of beirut-medawar area and completed in 2014, ‘plot #1072’ also known as ‘skyline’ is a residential high-rise building designed by renowned lebanese architect bernard khoury. standing with a total built-up area of over 3,000 square meters above ground, and separated from the port of beirut by only the highway, ‘skyline’ was severely hit and damaged by the beirut blast on august 4th.

DW5/bernard khoury proposed an unorthodox approach of “stitching” the façade and replacing voids with vectors as an attempt to rebuild what the blast had destroyed. given the apocalyptic urban ground, architect khoury brought up the ideas of stitching, operating, and healing. ‘skyline should be treated as a lively organism‘, he stated as he refused to tackle this coming task as a ‘reconstruction’. ‘reconstruction does not only mean buildings. more important is the rebuilding of a nation and its institutions‘. 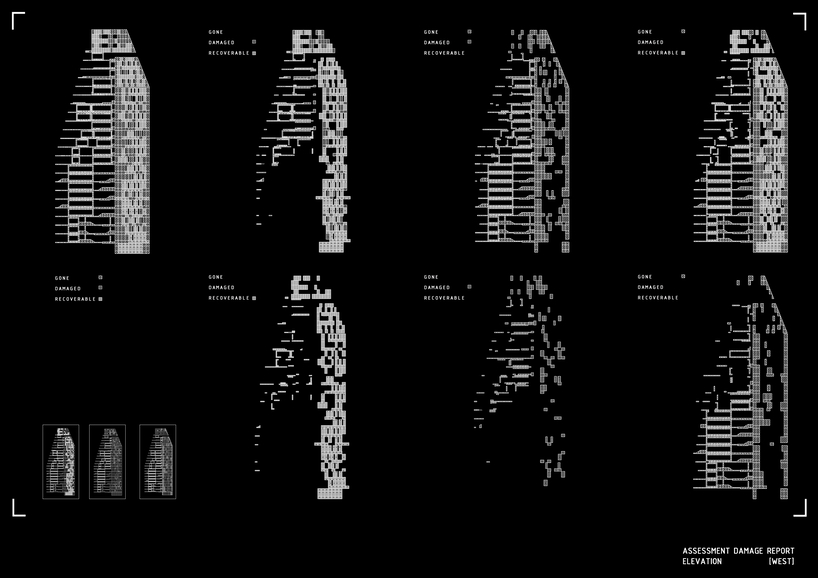 ‘skyline’ did address the port and the fabric on which it stood with its initial architectural expression and defensive posture. however, according to the architect, bringing it back to its original condition was not a good idea. to him, architecture in a post-traumatic territory is a political act, and rehabilitating this bourgeois building means doing what the state is never going to do. 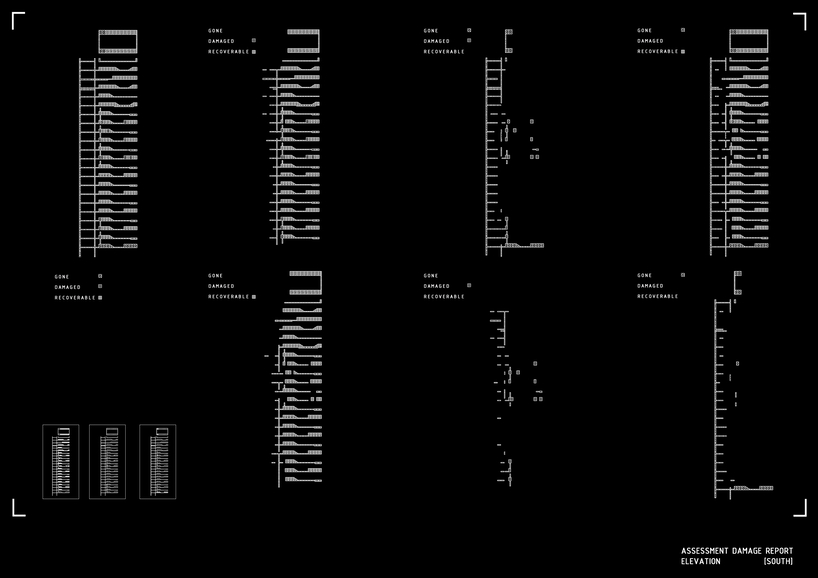 DW5/bernard khoury started with a very thorough survey observing the state of every single panel relative to the initial drawings of the building. many panels have fallen off and have already disappeared while some were partially damaged and could be salvageable. others were heavily damaged and could not be recuperated, and few (mostly present on the back façade) were not damaged at all. by following this process, panel by panel, architect khoury began reading the impact of the blast on the skin of the building and thinking of how to produce meaning out of it. 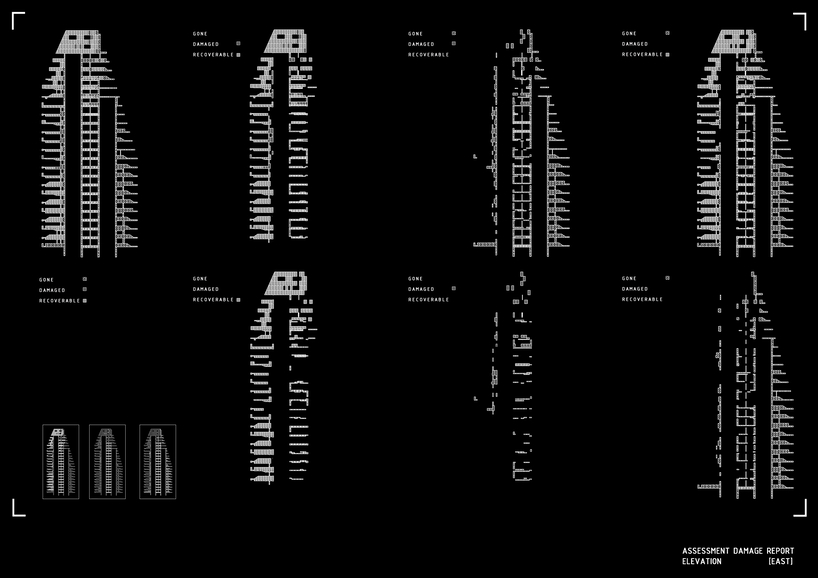 inspired by the movie ‘frankenstein’ where the obsessed scientist attempts to create life by assembling a creature from the body parts of the deceased, the architect starts to ‘stitch’ back the voids on the façades by means of very basic geometric forms. the recoverable panels were to be kept, whereas the missing ones were to be replaced by vectors that would represent the ‘stitches’. 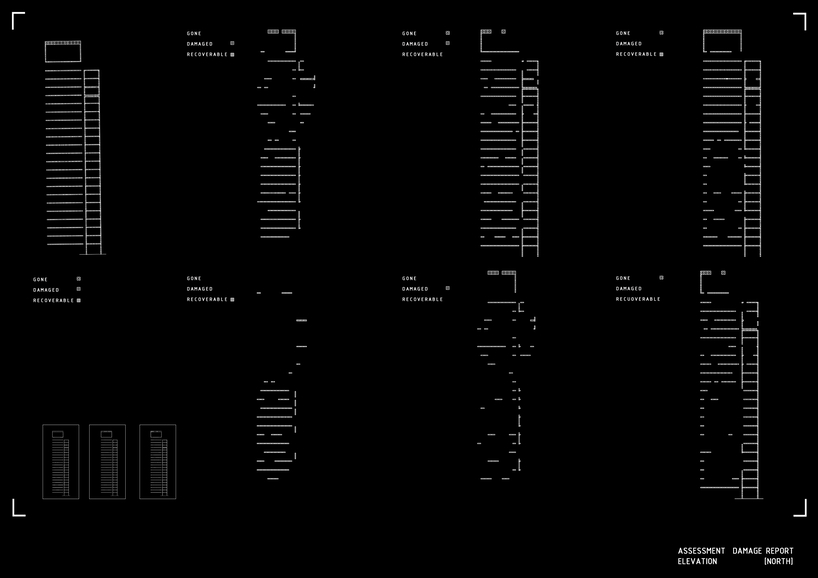 the blast was a very traumatic experience for the lebanese people so not all the residents of the building are willing to accept what those stitches express which is why DW5/bernard khoury’s experiment may remain a proposal. yet, if ever executed, the final outcome of this complex layering of surfaces of different forms and sizes will surely echo the current unregular fabric of  ‘skyline’s’ devastated urban surroundings. 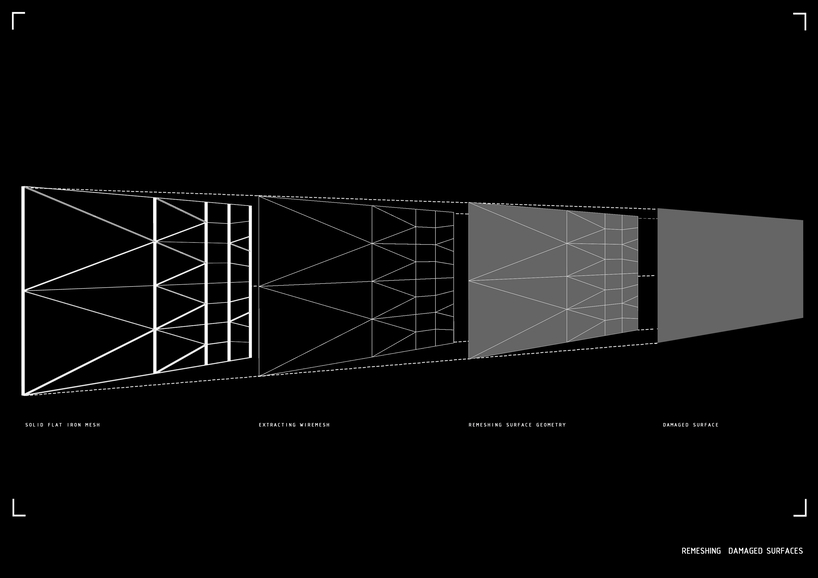 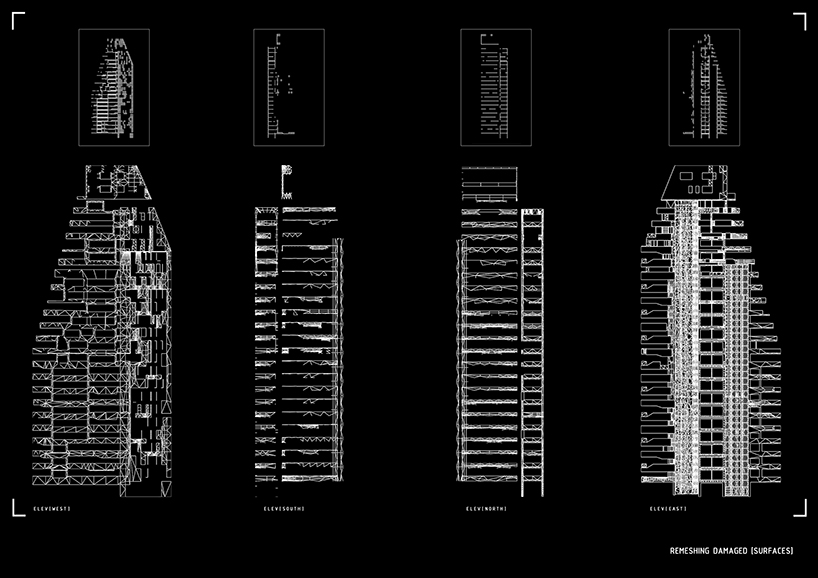 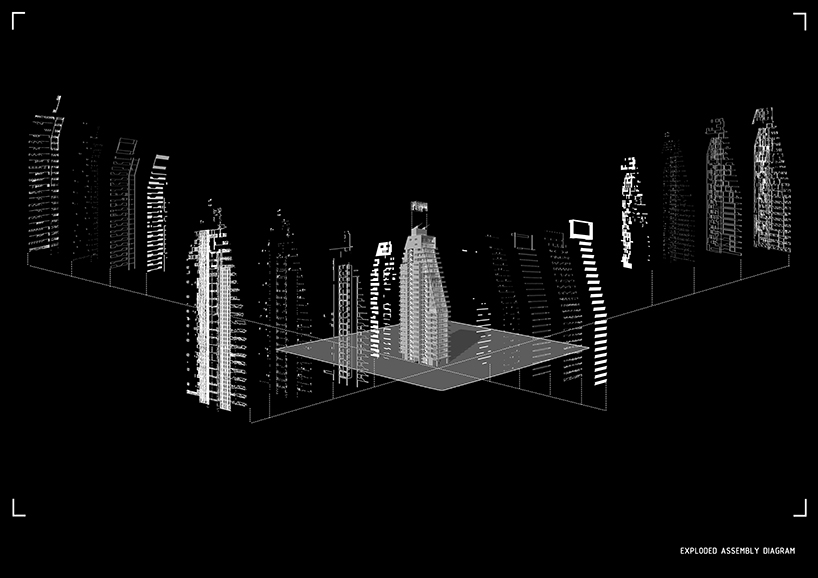 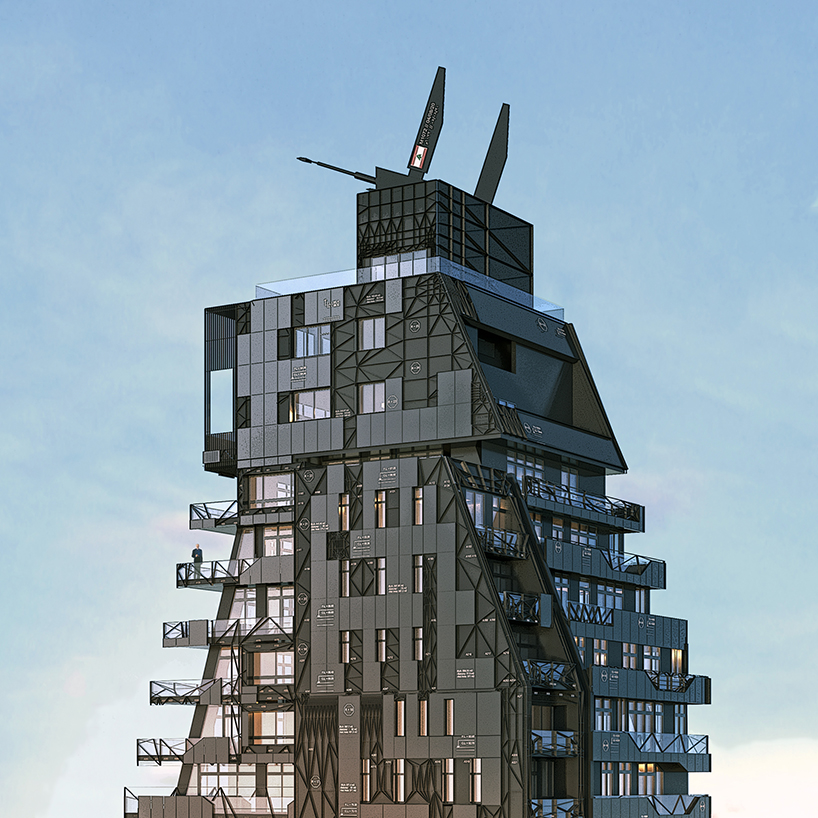 rendered view showing the stitches on the facades of the building. image courtesy of ©DW5 BERNARD KHOURY 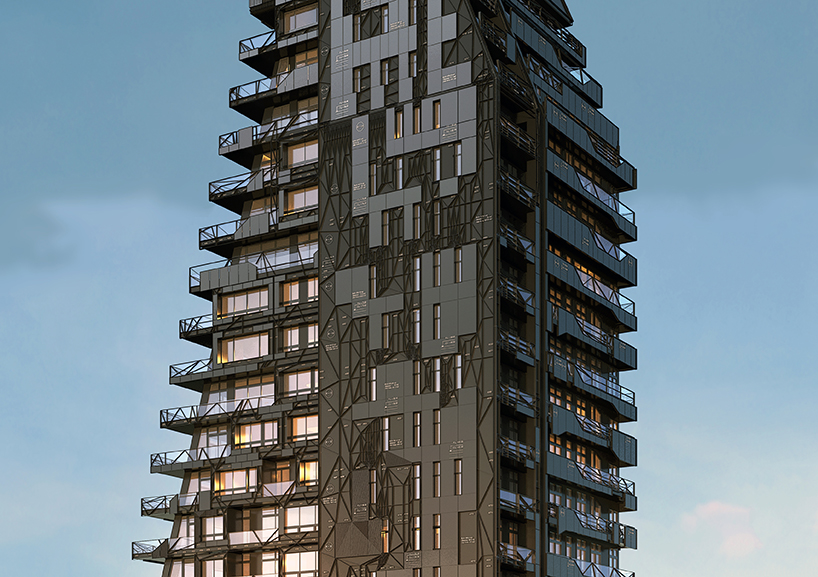 rendered view showing the stitches on the skin of the building. image courtesy of ©DW5 BERNARD KHOURY 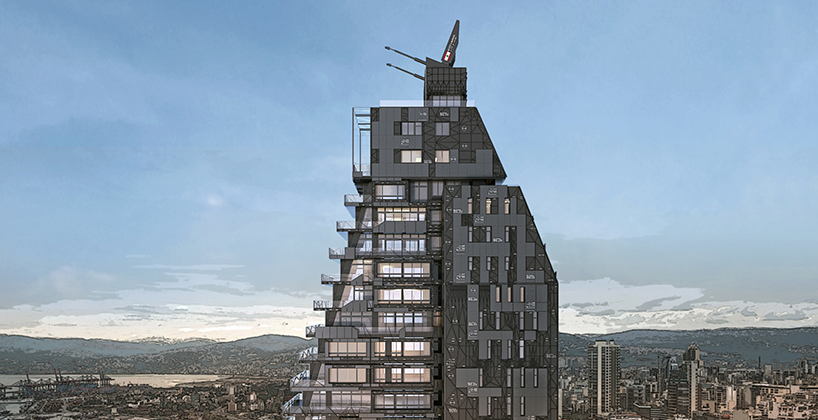 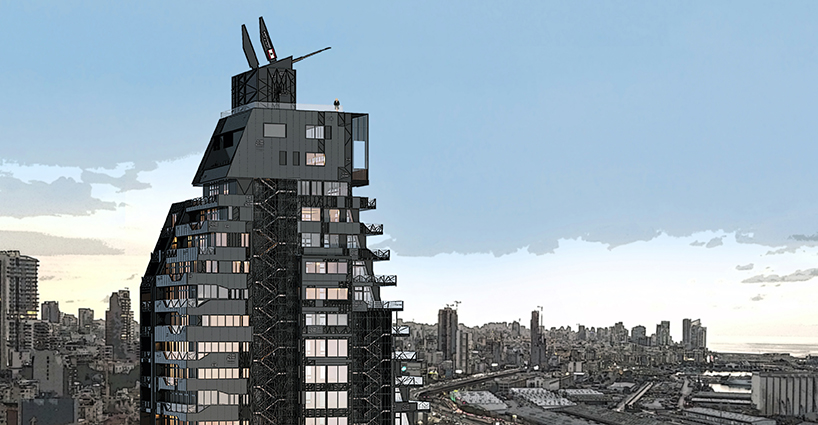