alex chinneck has fractured façades, melted houses, knotted post boxes, and unzipped walls. he’s created astounding architectural illusions in public places that have sparked widespread wonder and awe, and has set sculptural surprises right outside people’s doorsteps. the british artist’s collection of accessible experiences has spanned across countries and contexts, underscored by a sensitivity to the existing landscape, a joy for the ephemeral, and the foundations of familiarity. ‘the arts offer the most wonderful vehicle to momentarily escape reality and I suppose my work tries to hand people the keys,’ chinneck tells designboom about making the ordinary momentarily extraordinary. ‘I think that public art has to resonate with the public, and if it doesn’t then it’s not doing its job. there’s no room for elitism in the public realm and I try to lend my work a playful warmth that endears it to any onlooker irrespective of demographic.’

there is a strong sense of mystery behind much of alex chinneck’s work — an earnest wonderment that makes its viewers ask how?, and unlock new narratives and experiences in the environment around them. one of chinneck’s early works saw the façade of a derelict four storey house in the seaside town of margate slide off onto the ground; later, in the middle of london, a full-scale house made of wax bricks slowly softened into the city streets. ‘the trick is to conceal this process and the greatest illusion of all is that of effortlessness,’ he shares. ‘ultimately, as a contemporary artist I want to try to produce work with a unique voice and this becomes evermore challenging. I’ve always seen utter ambition and risk as two mechanisms to help distinguish my work from others.’

designboom spoke with alex chinneck about his interest in illusion, the accessibility of art as a philosophy, and walking the fine line between sculpture and stunt. 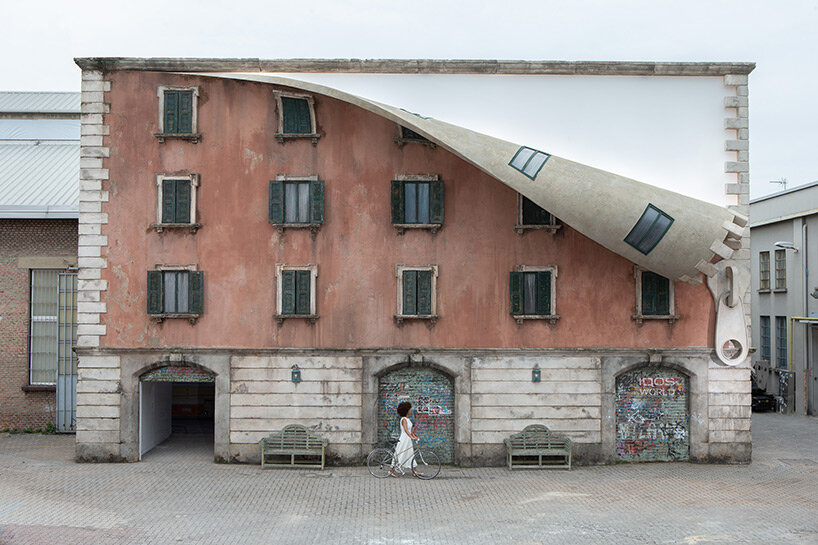 designboom (DB): what aspects of your background and upbringing have shaped your creative principles and philosophies?

alex chinneck (AC): I’ve always felt like a tourist in the art world and you certainly wouldn’t call my upbringing a bohemian one. I think this has allowed me to carve my own creative path, but has perhaps slowed my career development — I’ve always worked one hundred hour weeks but never given a second to networking.

for a long time I misunderstood the art world as all snakes and no ladders so I chose to operate outside of it. this probably explains why my practice initially evolved outside gallery walls and where my drive to create accessible experiences came from. 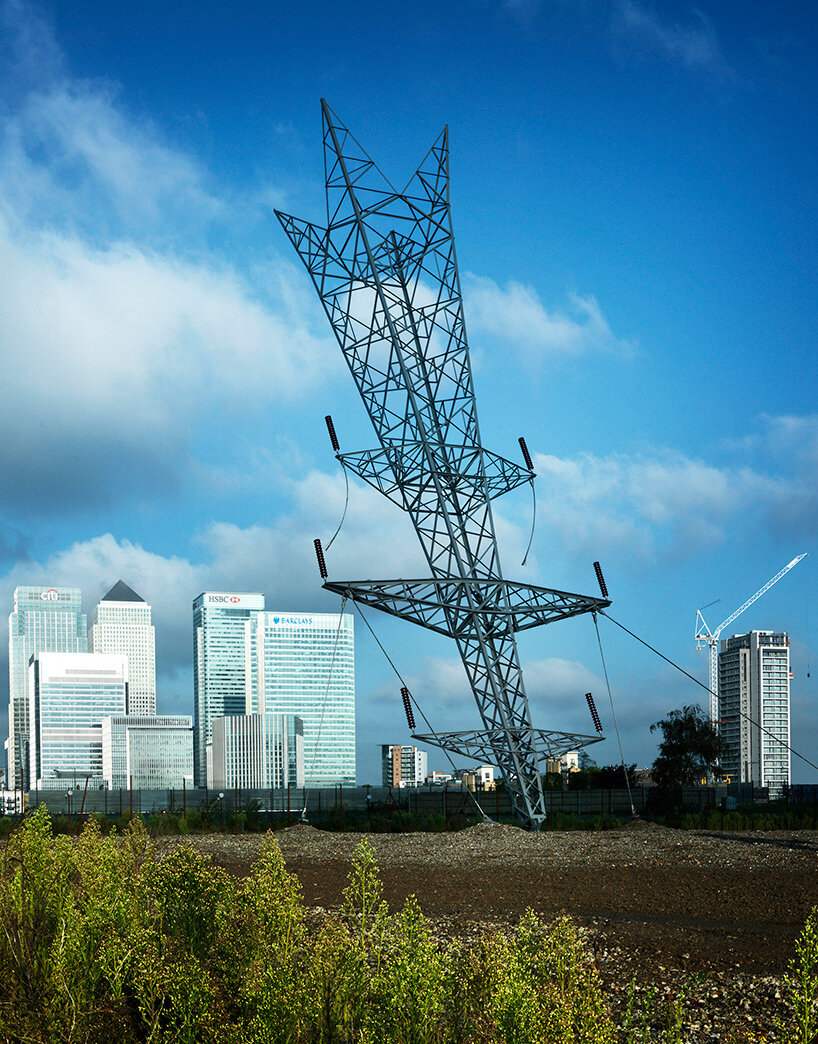 DB: have you always found yourself seeing unfamiliar and extraordinary possibilities in otherwise ordinary objects and architecture? when did this interest in illusion begin?

AC: I try to make the every day world feel momentarily extraordinary. by weaving fantasy into the materials, objects and structures of the world that surrounds us all, the work builds accessible experiences on the foundations of familiarity.

illusions and magic are a positive rejection of restriction and I think there’s something uplifting in that. I want my work to distract people from their problems and not remind them of them. it’s not that I don’t care about what’s happening in the world, I just believe that the creation of pleasure can play some role in the prevention of pain. the arts offer the most wonderful vehicle to momentarily escape reality and I suppose my work tries to hand people the keys. 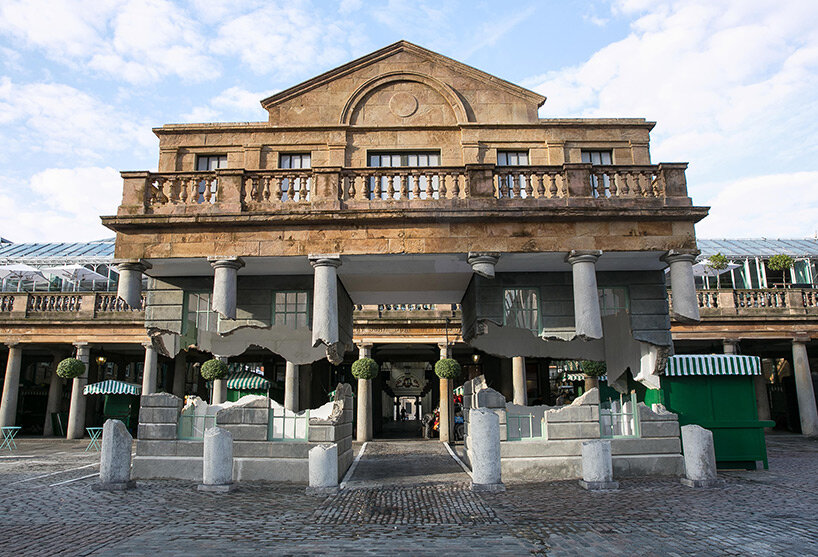 DB: how important is it for you to create work that is accessible to the general public, and that can reach people outside of the typical gallery confines?

AC: for me, accessibility has always been a philosophy and not a strategy.

I think that public art has to resonate with the public, and if it doesn’t then it’s not doing its job. there’s no room for elitism in the public realm and I try to lend my work a playful warmth that endears it to any onlooker irrespective of demographic. my work knowingly walks a fine line between sculpture and stunt and in doing so it has sacrificed critical acclaim but seemingly won the affection of a wider public. I obviously crave appreciation from both parties. it’s easy to overlook compliments when there’s criticism in the room. 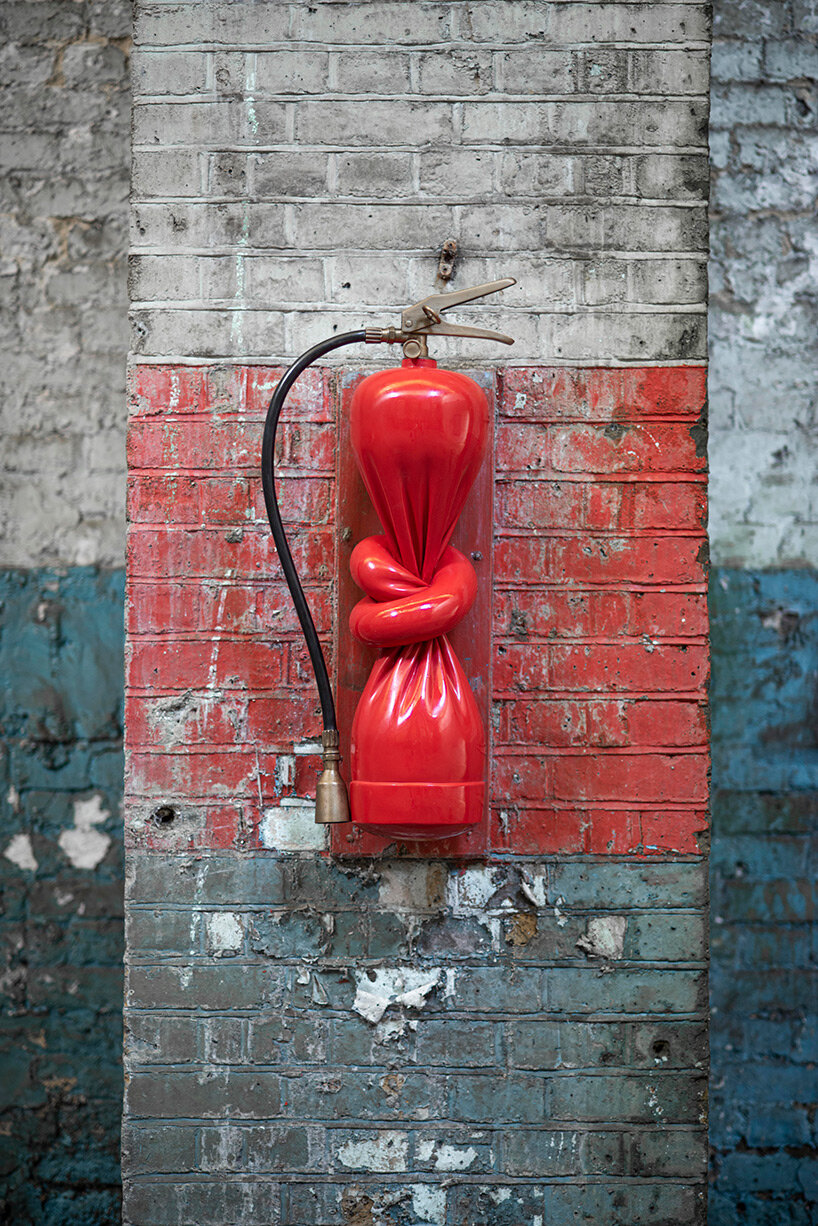 AC (continued): the public realm doesn’t offer the comfort and security that the gallery walls preserve and there’s times that I crave that. I won’t pretend that overnight installs with a group of drunk blokes singing ‘the sculpture’s shit’ is a highlight of the job but perhaps they’ve got a point.

our sliding house was introduced into a residential area where you wouldn’t expect to find it. for a host of reasons I was repeatedly warned against putting it there, but surely that is every reason to put it there? it was, and remains, a brilliantly ethnically diverse community so we wrote invitations in a number languages and delivered them to the surrounding streets. we closed the road that the artwork was on and had a street party the day we finished it. it was brilliant; the local children, the mayor and even my dog was there. who needs champagne and canapés when you’ve got free cherrypicker rides? 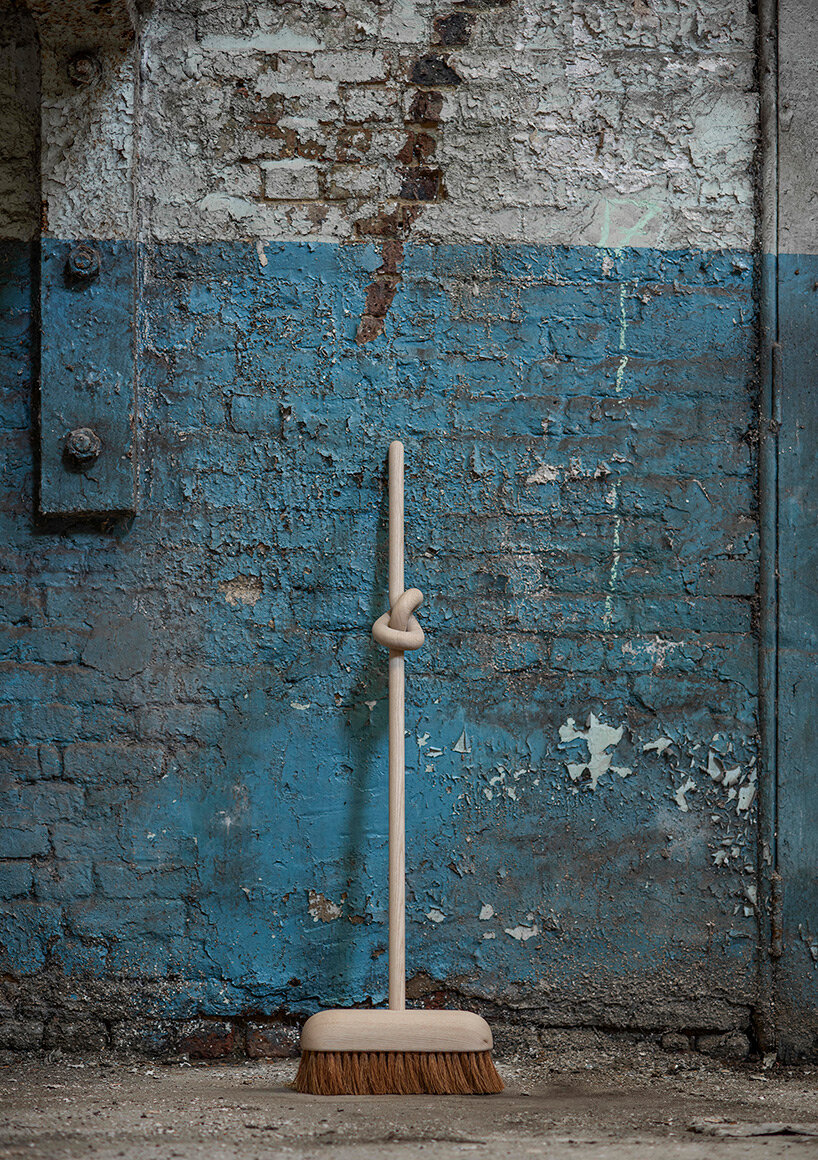 blood, sweat and tears with a twist of lemon | image by charles emerson

DB: much of your work in the public space exists temporarily, even melting into the ground — can you talk about the idea of impermanence, and what draws you to spaces and places that respond to their context in an ephemeral way?

AC: I increasingly work on permanent sculptures and I like to think we’re getting good at them. it’s taken time to refine this side of my practice because permanence can easily force creative compromise. you have to design the artworks with permanence in mind and it’s challenging to deliver a dynamic, contemporary outcome that simultaneously navigates the structural, legal and logistical obstacles that creates. then there is material and conceptual durability, and of course subject matter. I increasingly believe that all public art should be reassessed every ten years to consider whether it continues to make a positive contribution. nothing lasts forever and perhaps nothing should.

the joy of the ephemeral is the creative freedom it permits. it is sculpturally liberating and allows you to deliver more ideas in more places. at times I intertwine the impermanence with the narrative, such as my melting house built from 7,500 wax bricks, but mostly I enjoy the very public stage and license for theatricality that ephemerality presents.

regardless of whether my work is there for ten days or ten years, it is always contextually responsive, conceived with the visual language, material palette, heritage and future objectives of the location in mind. this philosophy lends the work a sense of belonging to the place in which it stands, heightening the believability and regional personalisation of the sculpture. in my opinion this is critical and is the difference between a sculpture that is considerately placed or crudely plonked. there’s a lot commercial benefit in ‘copy and paste’ but limited creative zeal.

The Poetic Magic of Etat-des-Lieux Lighting