in the historic center of kyiv, ukraine, architecture studio modektura has completed ‘apartment 13’, combining retail use and café within one conceptual boutique. the project involved a series of modifications to the pre-existing interior, which served as a furniture store. the new design integrates a variety of contrasting materials and textures, to generate an industrial-style environment with an ‘aged’ look.

all images courtesy of modektura

according to modektura, the concept for ‘apartment 13’ can be briefly described in a few words: ‘multiculturality and freedom of spirit’. the new design seeks to reflect the character of the boutique’s owner, who was actively involved in the development of the project together with the architects. originally used as a furniture store, the interior was already formed neatly, providing creative freedom to the architects who wanted to highlight the industrial character of the space. therefore, all unnecessary elements were dismantled, while the height was increased by 1,100 mm and metal ceiling structures were exposed. 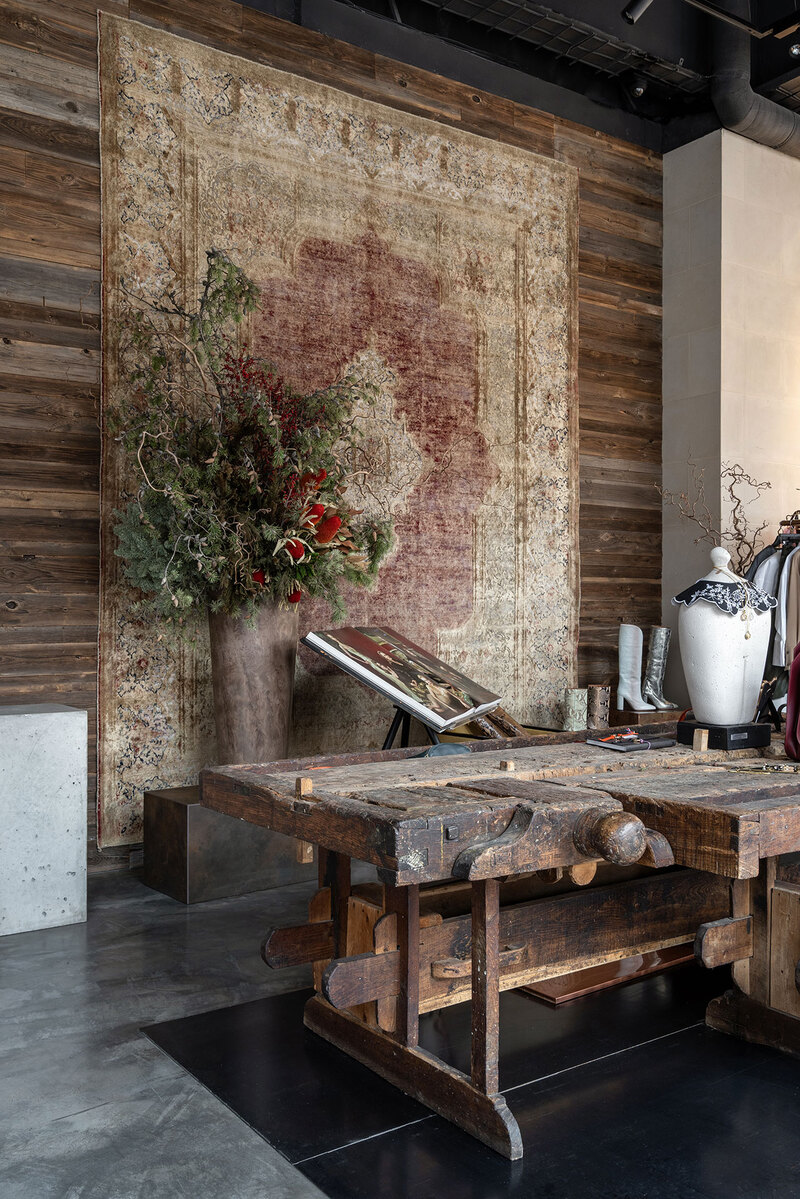 in addition, emphasis was placed on naturalness and texture, without using artificially aged or imitation materials. the grey-beige sandstone on the walls presents a contrast to the black ceiling and all communication lines on it. the selected wood was sourced from a 2-century-old disassembled hangar, and is combined with brass elements and sheets of oxidized metal that set accents and added complex textures. the main floor covering is concrete, but with the help of additional terrazzo and hot-rolled metal, the café area was visually separated, from the highlighted accessory display table. 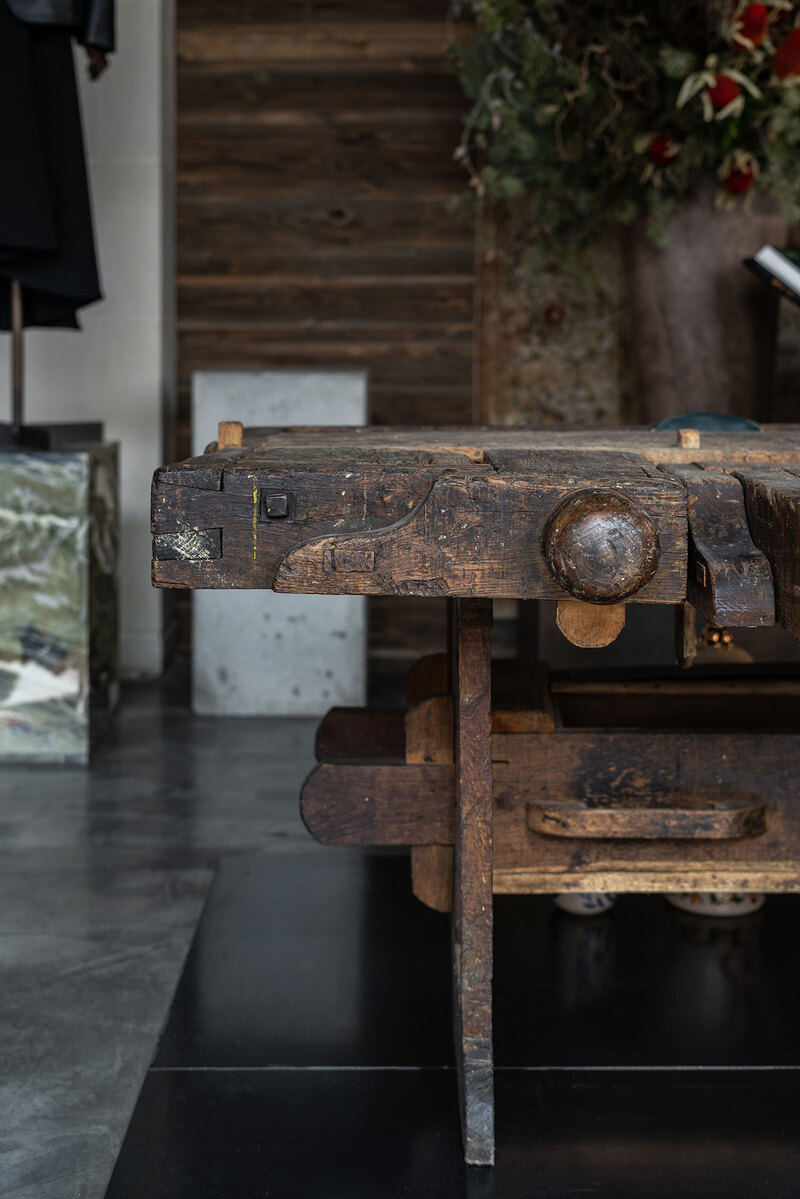 ‘apartment 13’ features a collection of artworks, vintage furniture, and other decorative elements collected from all over the world. each piece tells its own story, and the dialogue between them generates an atmosphere of multiculturalism against the industrial background. so, for example, one of the central eye-catchers at the entrance is table for accessories made of two workbenches that have been in the factory since 1881, carpets and chandeliers were brought from the vintage markets of paris, and the main symbol of the boutique, a carved door, was purchased by the owner in india. 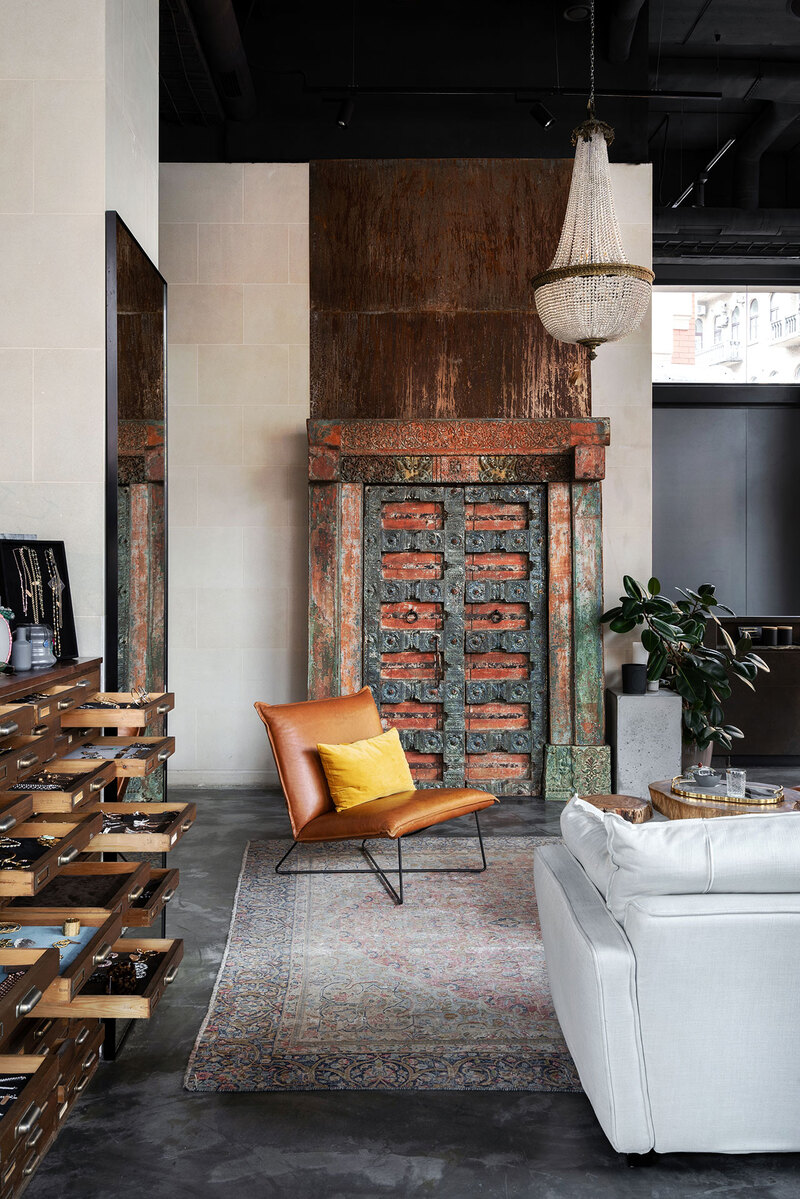 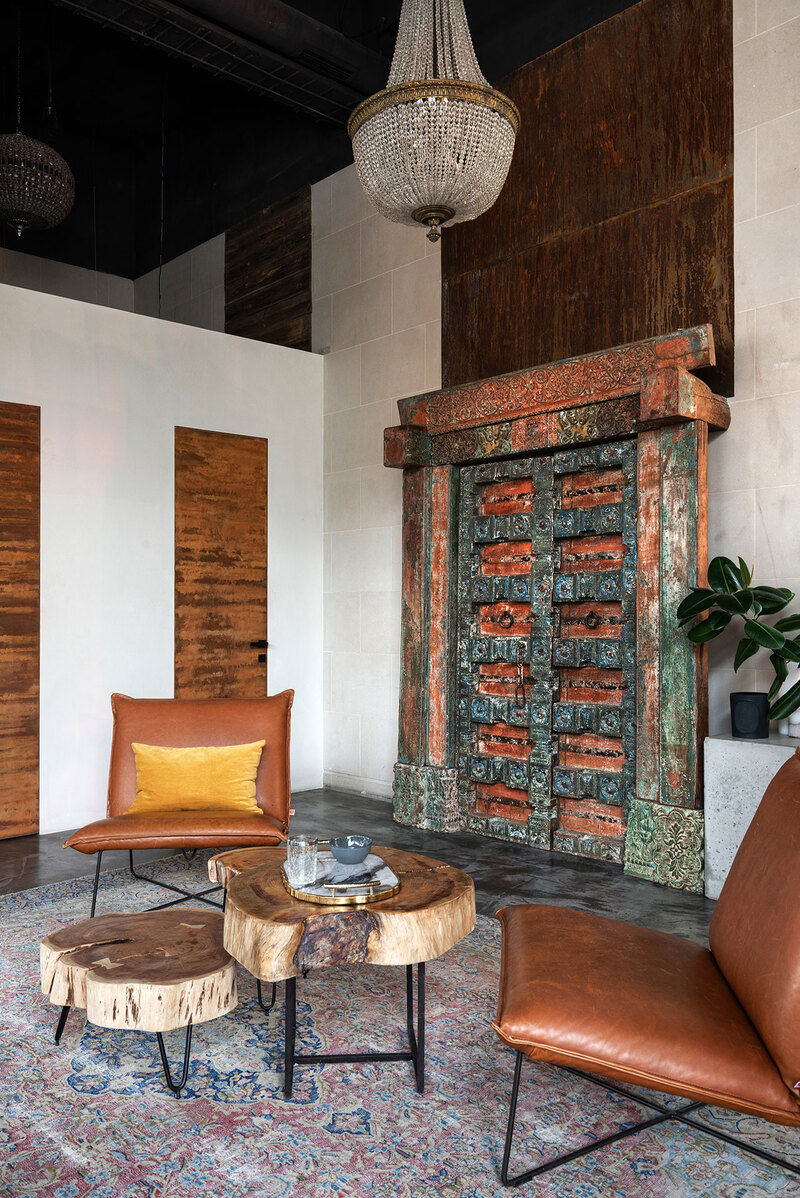 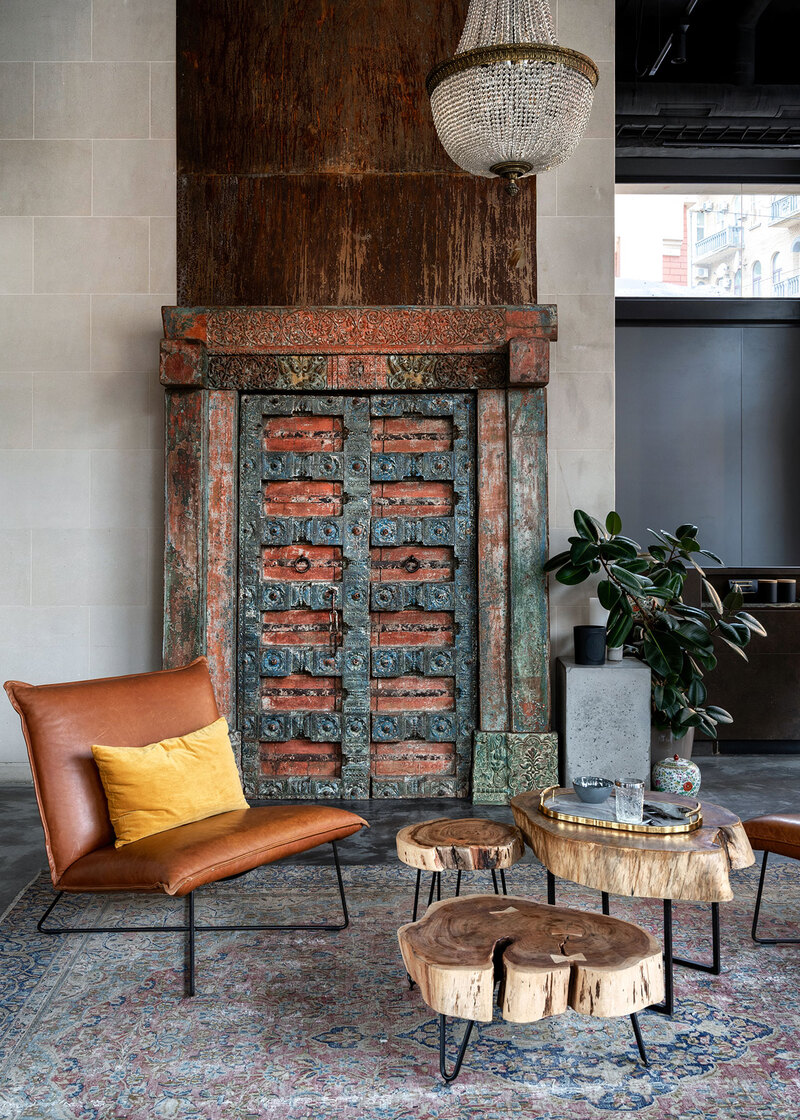 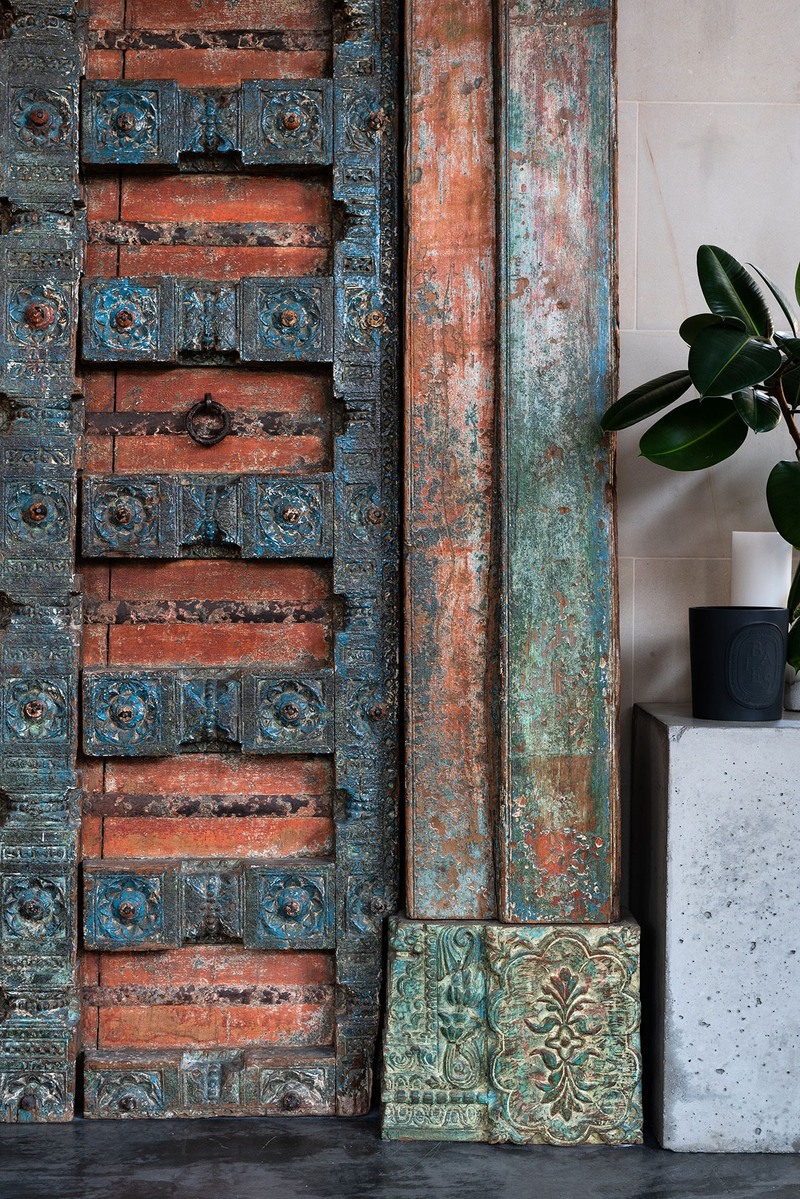 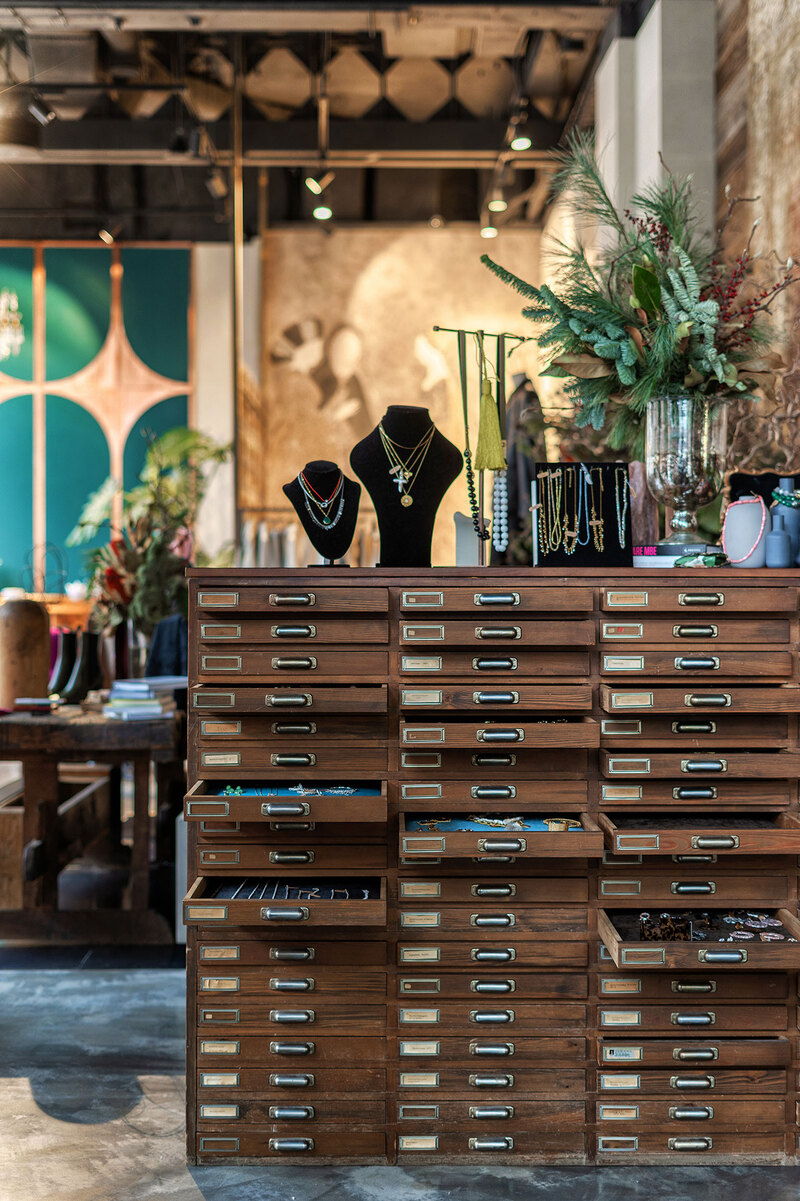 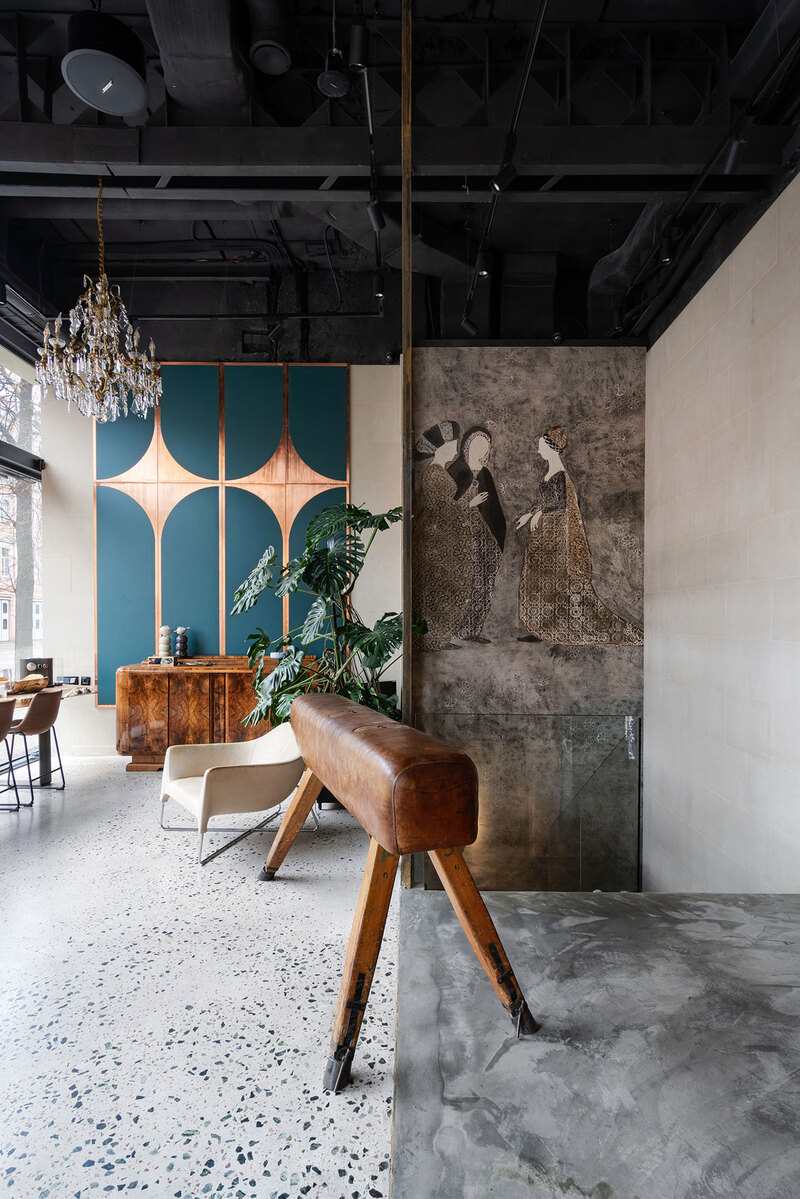 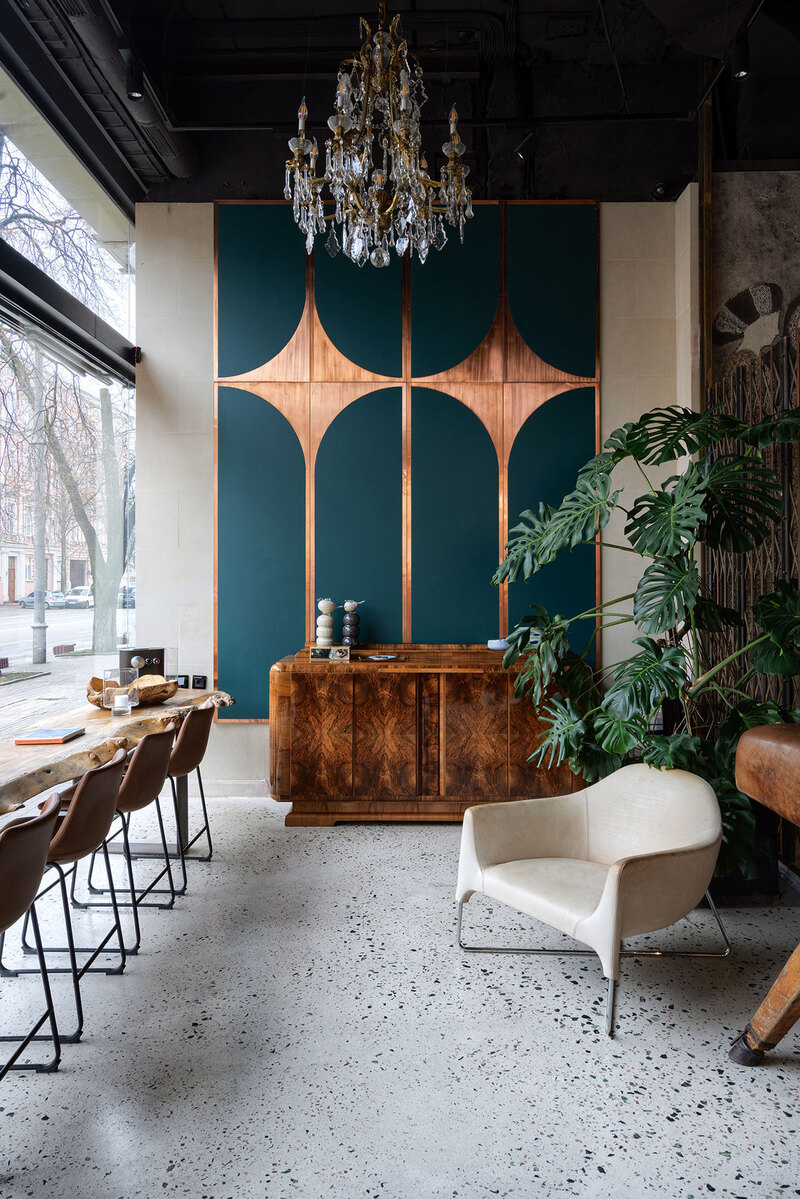 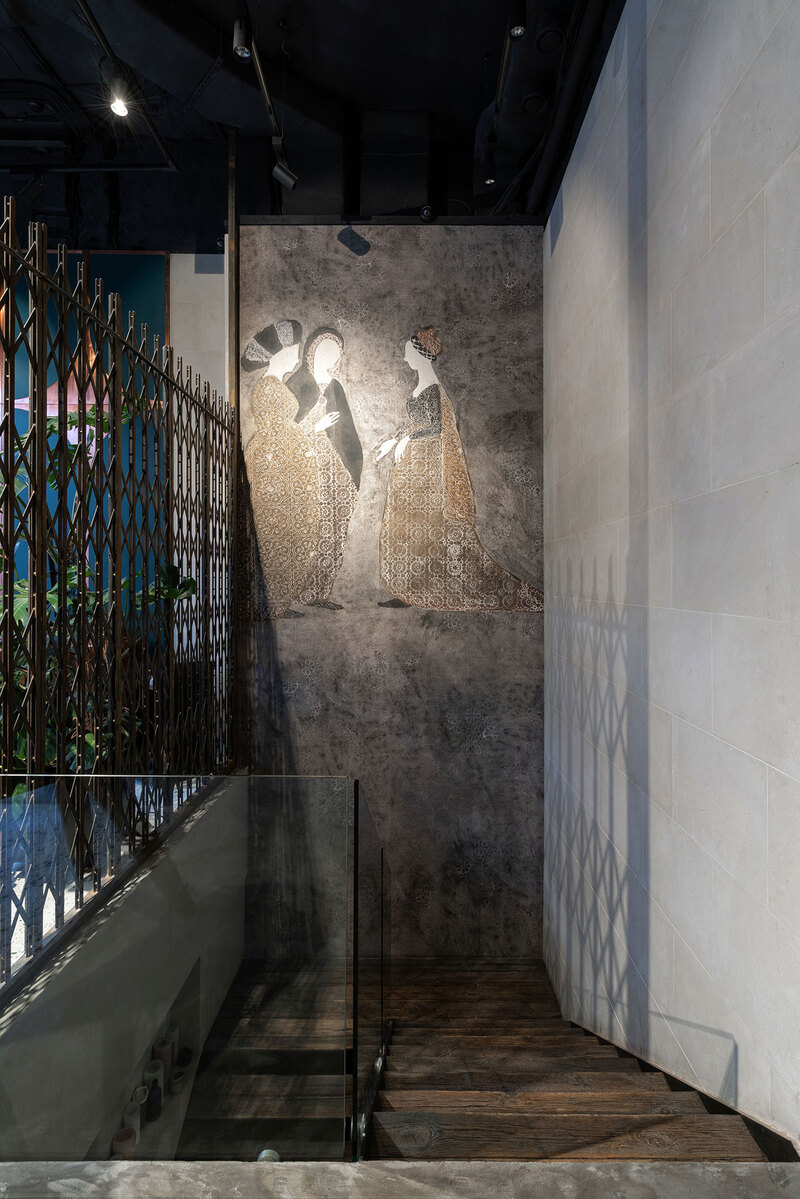 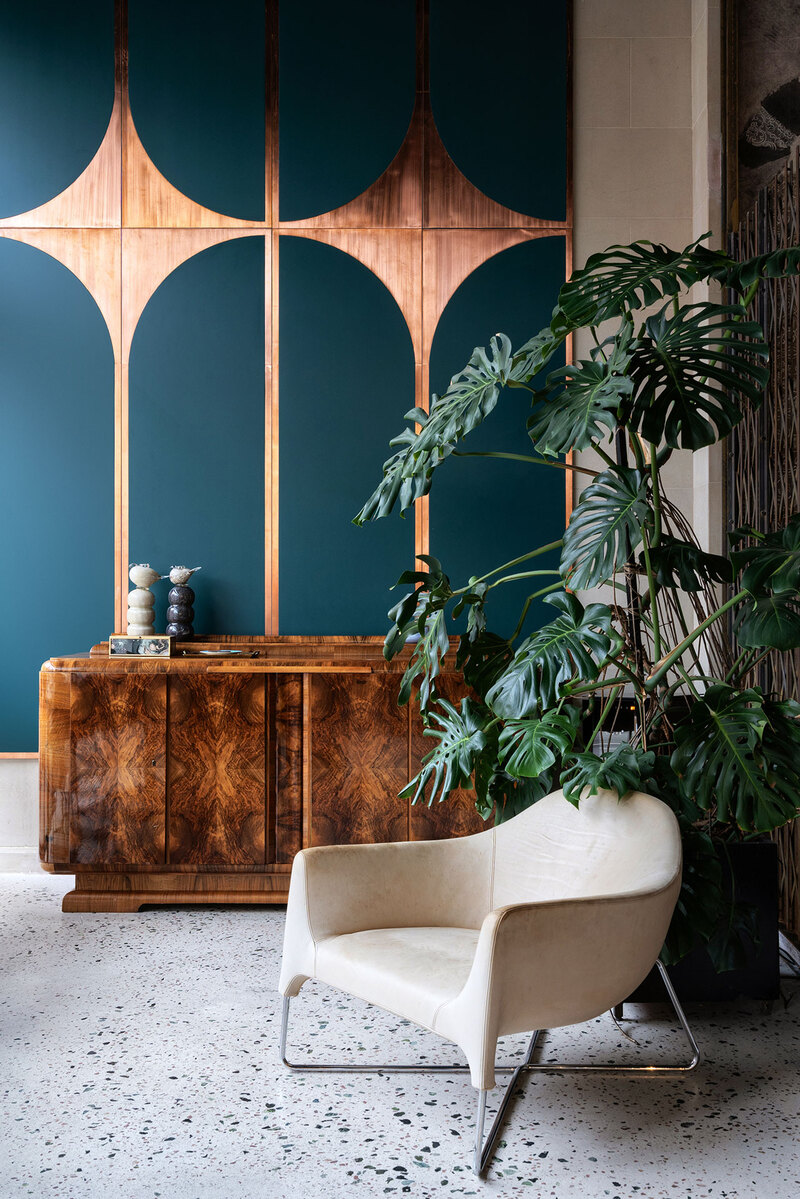