The second straight cancelled cruise season means far fewer tourists in the historic neighbourhood, which is filled with a mix of restaurants, souvenir stores and retailers that rely at least partly on customers from cruise ships.

Some business owners, however, are bullish on the area’s future.

With lease rates still relatively high – between $55 and $60 per square foot – it is enough to make business owners re-examine business plans.

In February, Tyson Reimer closed his high-profile Peckinpah restaurant at the corner of Water and Carrall streets. In an Instagram post, he cited “a shitty year” as to why he thought his restaurant could not weather the downturn.

Other Gastown businesses are moving to other neighbourhoods.

Furniture store Parliament Interiors, for example, is set to move to 2703 Main Street from its space at 115 Water Street this spring.

(Image: An increasing number of for-lease signs have popped up at retailers across the city, including Gastown | Chung Chow)

Serial restaurateur Sean Heather told BIV that he closed his 24-year-old pub the Irish Heather on April 4 because rent was too high to operate profitably.

He vacated 4,500 square feet at 210 Carrall Street and plans to move to a 3,200-square-foot location on a commercial street in East Vancouver that he would not name because “the ink is not yet dry” on his new lease. He expects the move will save him about $10,000 per month.

Heather’s Salt Tasting Room’s days at 45 Blood Alley may also be numbered, as its lease expires in September, and he said he “can’t see it staying where it is.”

Some hope, however, can be found at 347 Water Street, where Herschel Supply Co. has a 5,000-square-foot flagship store. Its new CEO, Jon Hoerauf, told BIV that he has no plans to move.

“We remain optimistic that once the cruise ships return, and the borders reopen, the vibrancy and commerce that we all experienced will come back even better than in the past,” he said. 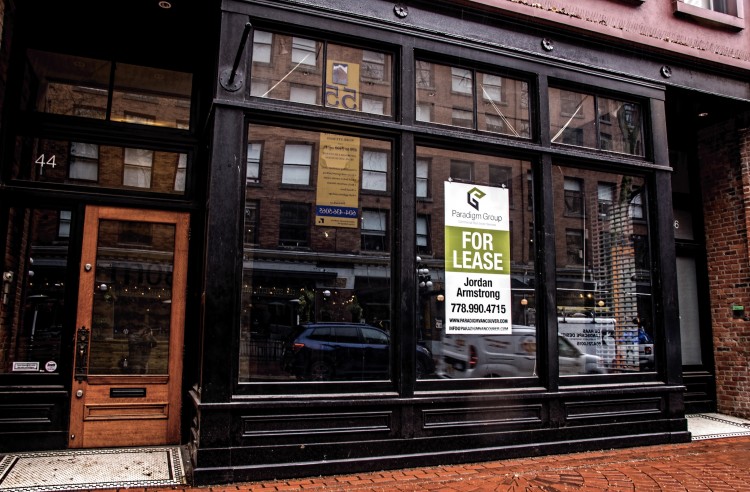 Most of Herschel’s sales come from selling its backpacks and duffel bags wholesale to resellers. Approximately 1,000 stores sell Herschel products in Canada, and many hundreds more sell them in stores in more than 20 countries across the globe, Hoerauf said.

Its e-commerce has grown substantially to represent a double-digit percentage of sales, he said.

The company also corporately owns three stores: in Gastown, at the McArthurGlen Designer Outlet Vancouver Airport mall near the airport and at Metropolis at Metrotown in Burnaby.

“We’re not quite ready to announce [where],” he said. “What COVID has given opportunity for is some potential great locations, but you still need to have a strategy – a plan of where you want to put retail stores and why.”

Hoerauf acknowledged that the pandemic made 2020 a “tough” year, but he said Herschel carefully watched spending and inventory levels, and he is optimistic sales will jump later this year when people start travelling more and going back to school – activities that require new luggage and sacks.

Hoerauf would not say how many people Herschel laid off during the pandemic, but he said the company employs around 200 people in Metro Vancouver.

“We’re definitely not a company that’s afraid of aggressive growth, as long as it is aggressive, purposeful growth,” he said. 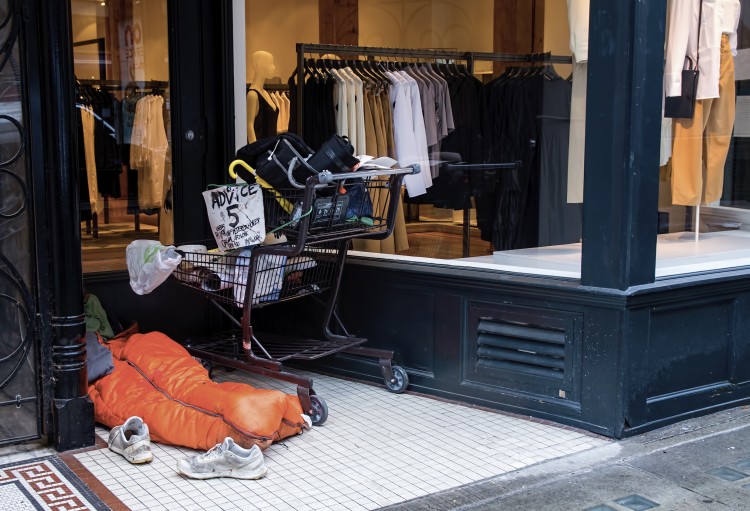 During his time as president of Arc’Teryx equipment, he oversaw the company’s commitment to reduce greenhouse-gas emissions, and otherwise operate more sustainably. For example, Arc’Teryx allows U.S. customers to bring old Arc’Teryx products to stores, for the company to purchase at a discount, and then resell.

Hoerauf described buying back old product as a form of “circularity,” as it reduces waste in landfills.

“We are definitely making a big push to bring sustainability much more into focus for this company,” he said of Herschel.

“Anything around circularity will be part of that. •