Business advocates are celebrating news that the City of Vancouver has completed $5.8-million worth of work on the B.C.-government-owned plaza at Robson Square.

The project, between Hornby and Howe streets on Robson Street, had been fenced off since 2019, restricting pedestrian traffic between busy Granville Street and the main shopping strip on Robson Street, west of Burrard Street.

Robson Street Business Improvement Association executive director Teri Smith told BIV that her street lost up to 30% of its pedestrian traffic before the pandemic, after the project’s fencing went up.

Since then, during the pandemic, traffic dropped even more, as tourists stopped visiting, office workers started working from home and large events and concerts were cancelled.

“I see positives in the sense that outdoor gatherings are permitted,” Smith said. “It’s a large outdoor space. So that’s good. The logical traffic flow will continue, and will allow people to access the shops on Robson Street.”

“There’s lots of new opportunities now that the square is what I would consider to be a more aesthetically pleasing public space,” he said. “It’s better than just closing a roadway down, like it’s been for the past number of years.” 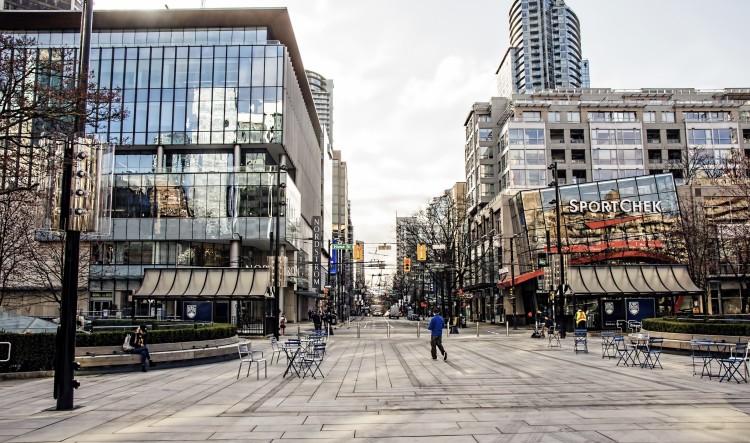 The city has put moveable chairs and tables on the plaza, and there are also some benches and permanent seating. 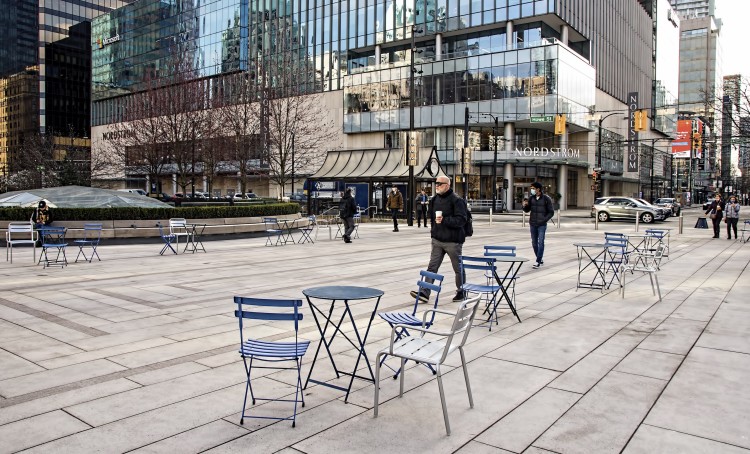 (Photo: Some moveable tables and chairs were on the plaza on March 30 | Chung Chow)

Gauthier suggested that the DVBIA may next year move events such as its summer movie nights to the south side of the square, from šxʷƛ̓ənəq Xwtl’e7énḵ Square, which is to the north of the Vancouver Art Gallery.

Both Smith and Gauthier were concerned, however, about the effect of new provincial government health orders, which ban in-restaurant dining, and only allow patio seating, delivery and pick-up service until April 19. 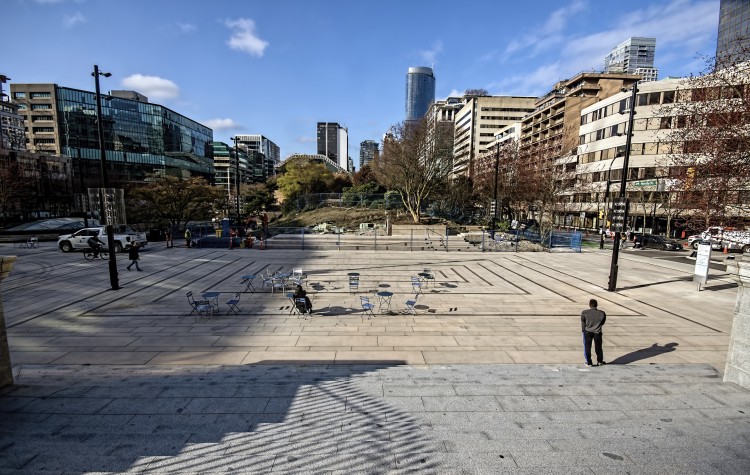 Those rules may keep people from dining at Robson Street destinations such as Cin Cin, Zefferelli’s or Earl’s, and therefore those people may not shop in the area either before or after their meals, said Smith.

“It’s disappointing,” said Gauthier. “I’m concerned about the longevity and the viability of a number of our restaurants and coffee shops that have been able to survive this long.”

He added that the advice to work from home if possible could lead to a decline in workers in downtown office towers, and that would hurt business for many downtown entrepreneurs.

Renovations at Robson Square also include an all-walk pedestrian signal, safety enhancements for the Hornby Street bike lane, improved power connections for performers and speakers, and improved lighting for events. 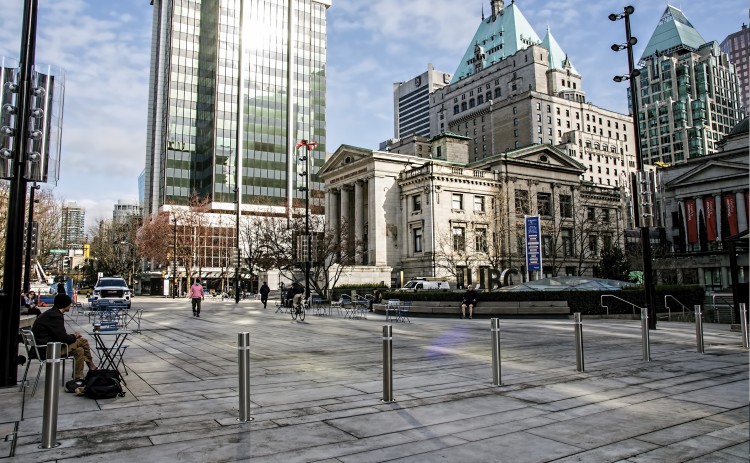 It’s time to recognize, and reward, the high value of low-cost labour | RENX

Who Can Access Credit in a Pandemic? -Liberty Street Economics

US seeks projects for $900m of grants