With the bicycle business now booming across Canada, East Vancouver is home to one workshop that builds handcrafted electric bikes with a retro flair. When the shop opened just off Clark Drive in 2016, its unique bikes often turned heads, and likely still do. “The easiest way to say this is we’re a bespoke electric vintage bicycle company,” Vintage Iron Cycles’ principal investor, Elio Canale, tells us in this story from our archives.

As I zoom past a group of pedestrians in East Vancouver, their eyes light up and they stop dead in their tracks.

“What is that?” one of them yells, intrigued. I press the throttle down on my Super 73 electric bike, its fierce frame stabilizing as the two large wheels rip along the pavement, zipping all the way back to the entrance of the Vintage Iron Cycles warehouse.

Shock and awe is the usual reaction to any electric bike purchased at Vintage Iron, says primary investor Elio Canale. “Our tech, Ryan, gets pulled over a lot by the cops. It’s such a new product here, they don’t understand what they’re riding. ‘What is that? A motorcycle? Why are you riding it on the street?’”

We meet at company headquarters just off Clark Drive on an early summer day; inside, the walls are lined with miscellaneous bike wheels, a coffee lounge is decorated with luxury magazines, and the back is loaded with a refined collection of vintage-style electric bikes imported from around the world.

Vintage Iron Cycles was founded in 2016; Canale, who has a background in finance, followed his passion for cycling culture after retiring and currently runs the shop alongside several other enthusiasts and technicians.

“The easiest way to say this is we’re a bespoke electric vintage bicycle company,” he explains. He nods towards the back of the warehouse and we take a look at the bikes on display. There’s a multicoloured Ruffian from Germany’s Ruff Cycles; it can drive up to 25 kilometres per hour, while some of the other bikes here max out at 32 kilometres. There is also the very bold Oto bike from Oto Cycles in Barcelona, as well as a colourful 1950s-esque cruiser from the United States.

The Italjet Ascot, from Italy’s Motor Valley in Bologna, is a replica of a 1920s motorbike, beautifully brown and beige with a Brooks saddle and leather hand grips. Each piece is special, unique, and luxurious—no clunky handlebars and uncomfortable seats here. 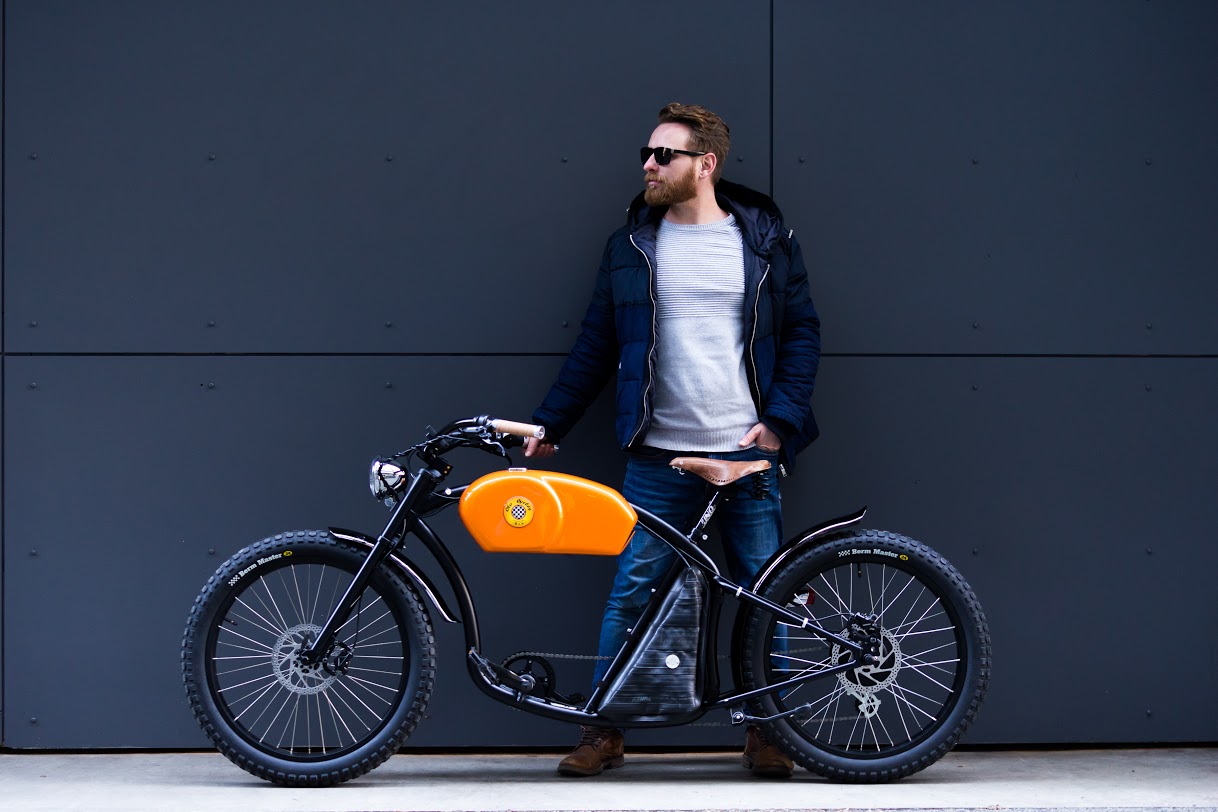 These bikes are reincarnated from another era, but are made contemporary with electric battery motors from Bosch, Sony, and Samsung (all removable for easy charging). Many of the bikes can last up to 70 kilometres on one charge, making them exceptional for both commuting and more casual rides.

“It’s something you can throw your leg over and just take off, go for coffee, pick something up,” says Canale. “It’s completely versatile. The flexibility is huge.”

Aside from selling imported bikes, Vintage Iron also customizes handcrafted e-bikes from start to finish. “We’ll build you whatever you want,” says Canale. “You want something hanging off your bike that’s particular to your personality? Well, we’ll try to do that for you.” Clients can choose from over 200 paint colours, a mix of tires, frames, seats, and the latest in electric motor technology.

Sitting pretty in the shop today is the East Van Prowler, a customized masculine rig decked out with an image of Ken Lum’s iconic Monument for East Vancouver (which itself is visible from the Vintage Iron warehouse). 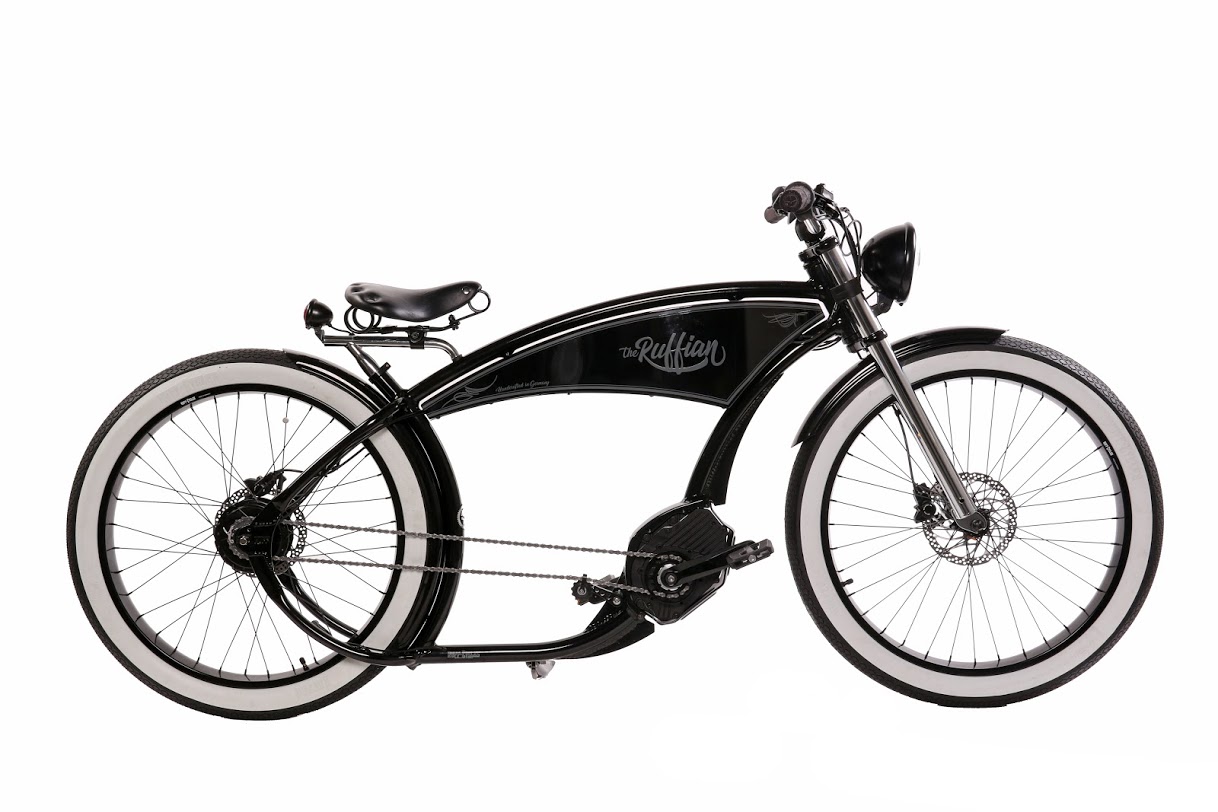 “A lot of people come in and want the colour of the bike which is similar, if not exactly the same, as the colour of the very first bike they ever rode,” adds Canale. In the end, for those really in love with the vintage aesthetic, a bike from here is both a mode of transport and a showpiece.

Canale emphasizes that riding an electric bike is also doing something good for the environment—and doing so in style. “Probably the most important piece is the fun factor,” he concludes. “It’s just a lot of fun.”

This article from our archives was originally published on July 31, 2018. Read more Transportation stories.

Graphic Novella: You Forgot About Me – Part 1

Behind the Scenes With One of Vancouver’s Premier Dog Photographers