house BBL by raketa d.o.o. reinterprets the traditional ‘gank,’ an old alpine dwelling element, and intertwines into the old town bohinjska bistrica, in slovenia. the façade serves as the distinctive aspect of the project, with the wooden cladding partly concealing the interior views and highlighting the smaller windows. inside, the wooden roof structure appears as a dominant visual element framing the atmosphere of the upper level, while the ground floor is formed around a stove.all images courtesy of žiga lovšin

apart from the ‘gank’, a long balcony for climbing plants, another key element in raketa d.o.o.‘s design was the wooden façade that reminds of traditional alpine features. the house boasts a color of fresh wood that will fade to shades of grey and ultimately merge with the existing surroundings. with this change, the façade will visually step aside and let the ‘gank’, overgrown by red carnations, as well as a small green garden in front of the house, to come forward and shape the structure’s view. 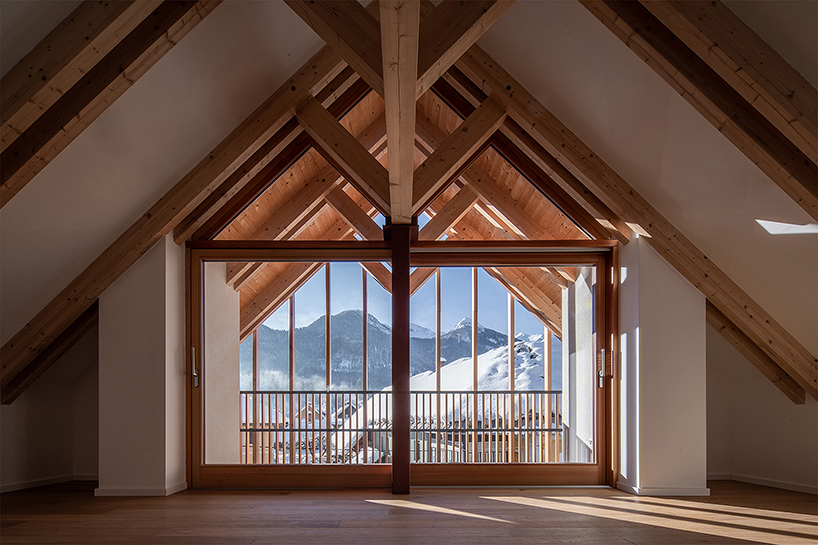 drawing influence by the local typology, wooden cladding formed the façades to emphasize the main entrance and to expose the building’s functional hierarchy. aside from the contemporary attributes, the project seeks to combine some of the vernacular elements found in neighboring homes. reimagining the traditional ‘gank’, the eastern façade follows a conventional form, whereas the southern adopts a more modern approach. this element emerges on the higher floors, descending to the ground. 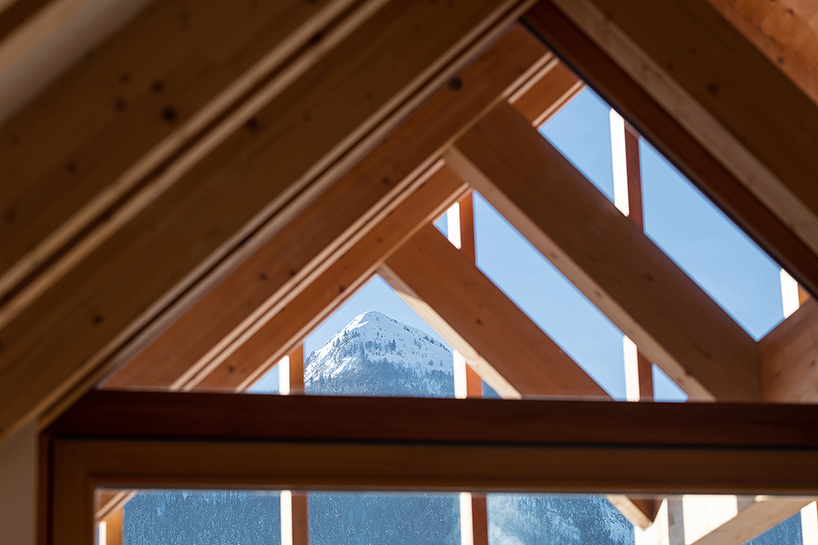 simultaneously, a series of oversized windows, utilized to bring in heaps of light, are formed behind the wooden cladding and smaller openings become visible on the exterior. the interior is divided into two independent functional units, one for private accommodation and the other for rent, remaining functionally separated within the same envelope. the renting unit takes shape with a garden on a different ground level as the rest of the landscape, providing the users more privacy yet ensuring a harmonious incorporation into the old city center. 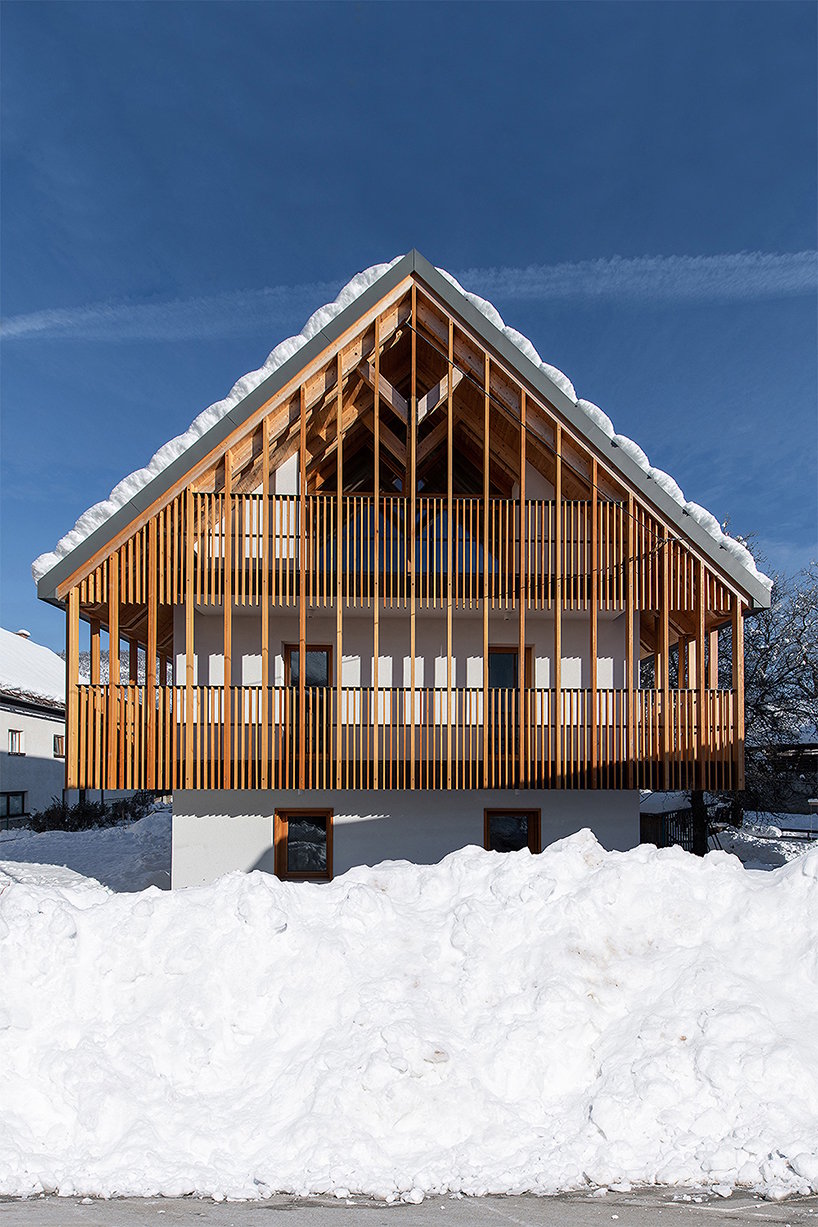 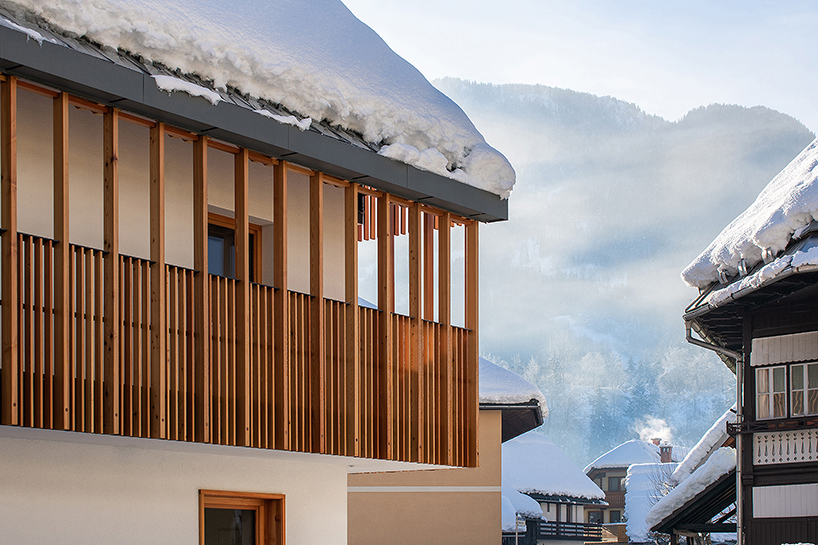 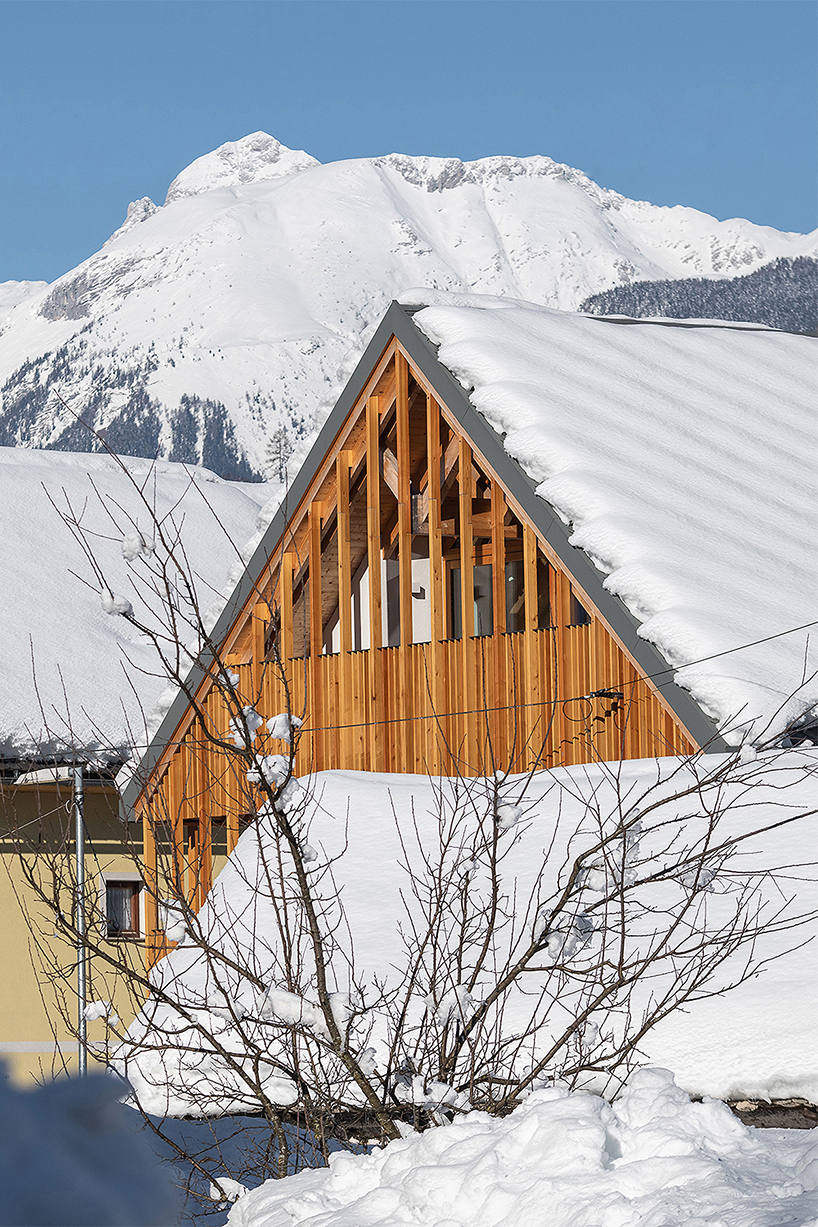 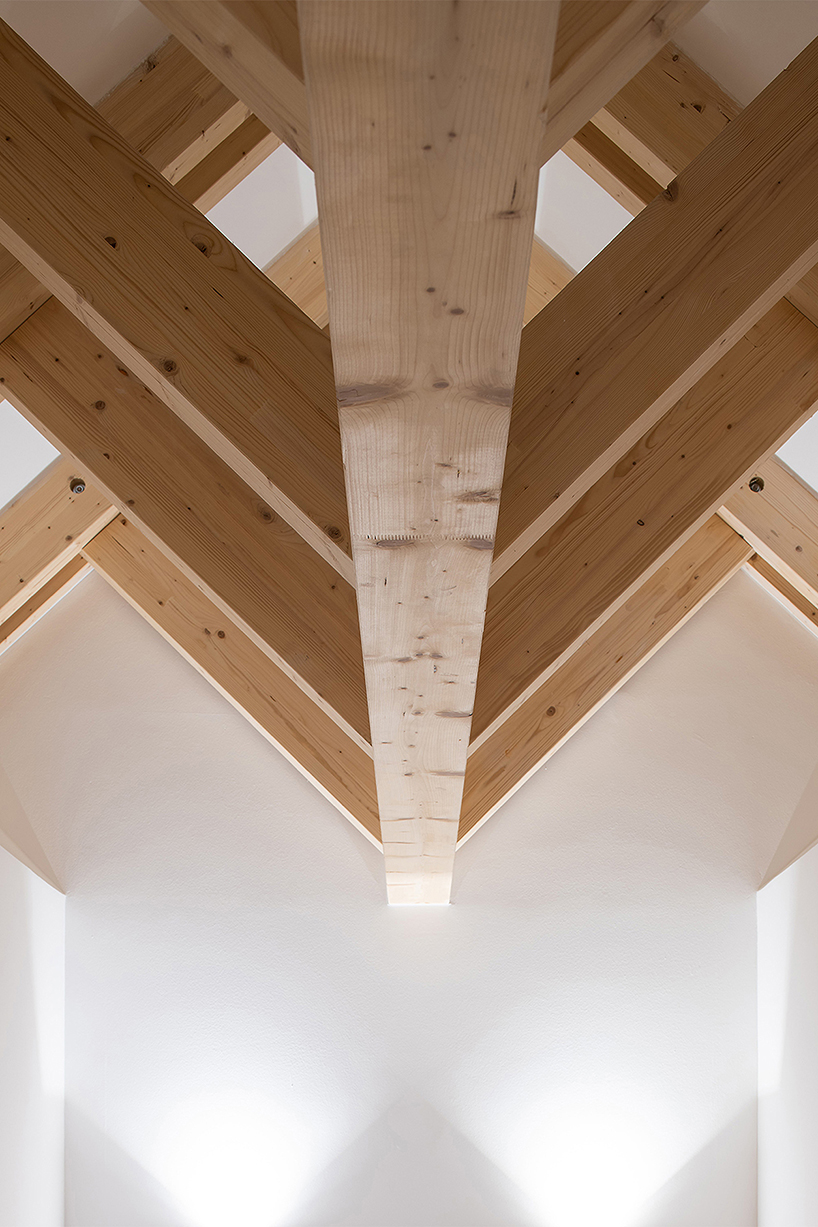 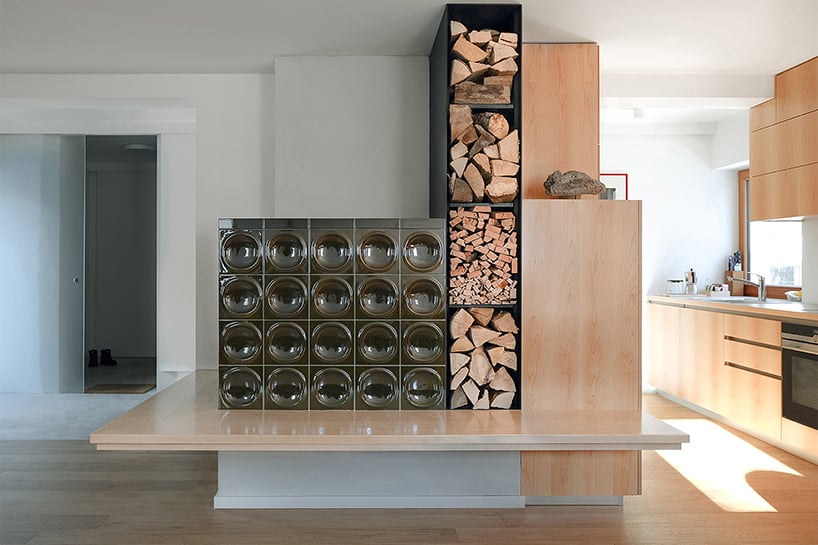