A highly prominent single-family home just kitty corner from the entrance into SkyTrain’s King Edward Station has been green lighted for its redevelopment into a six-storey market rental housing building.

On Tuesday, Vancouver City Council approved the rezoning application for 4118-4138 Cambie Street — the southeast corner of the intersection of Cambie Street and West King Edward Avenue. The site is currently occupied by two single-family homes.

Pennyfarthing Development’s initial proposal in 2018 containing 66 condominium homes was approved by city council in March 2019, but those plans were cancelled soon after, and a revised application with 100% rental housing tenure with 90 units was submitted in August 2020. The density, height, and overall architectural design by Raymond Letkeman Architects remains the same.

Site of the rental housing project at 4118-4138 Cambie Street, Vancouver. (City of Vancouver) 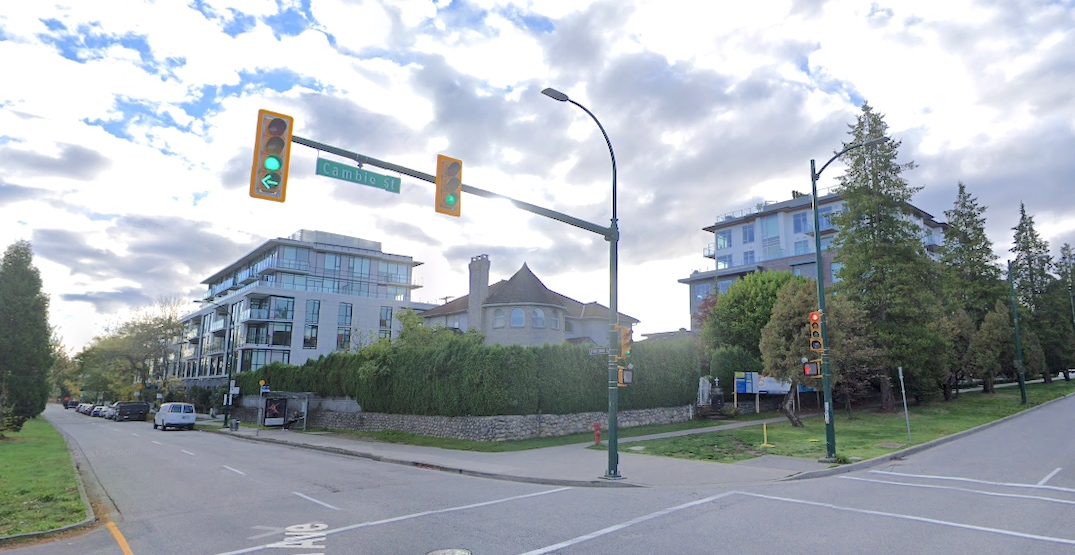 The shift to rental housing is largely due to the softened condominium market conditions. Under the previous condominium scheme, the developer would also have been required to pay $3.4 million in cash community amenity contributions (CACs) and $1.8 million in development cost levies (DCLs). While CACs are not required for the rental housing iteration of the project, the DCLs are still required.

“I see exponential land lift and that’s not because we’ve made more land, it’s because we’re selling more product on that land. I think it’s really important that council realizes that every time we approve a proposal like this, a rezoning like this that is based on flawed policy, we are making matters worse, not better.”

Swanson, who took issue with the market rents, commented that this project is “just like the other parts of the Cambie Corridor,” as “it’s creating an elite neighbourhood.” 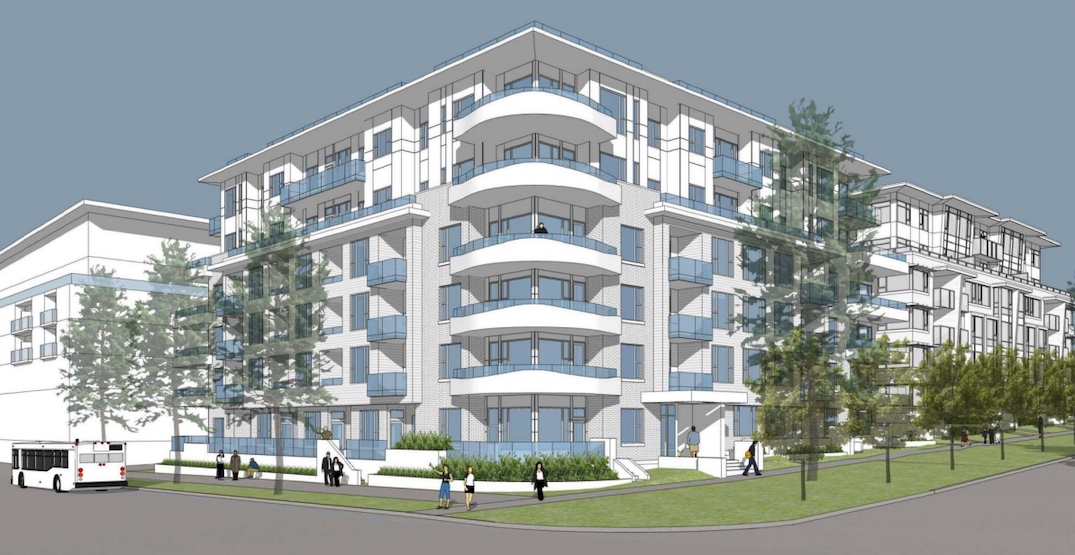 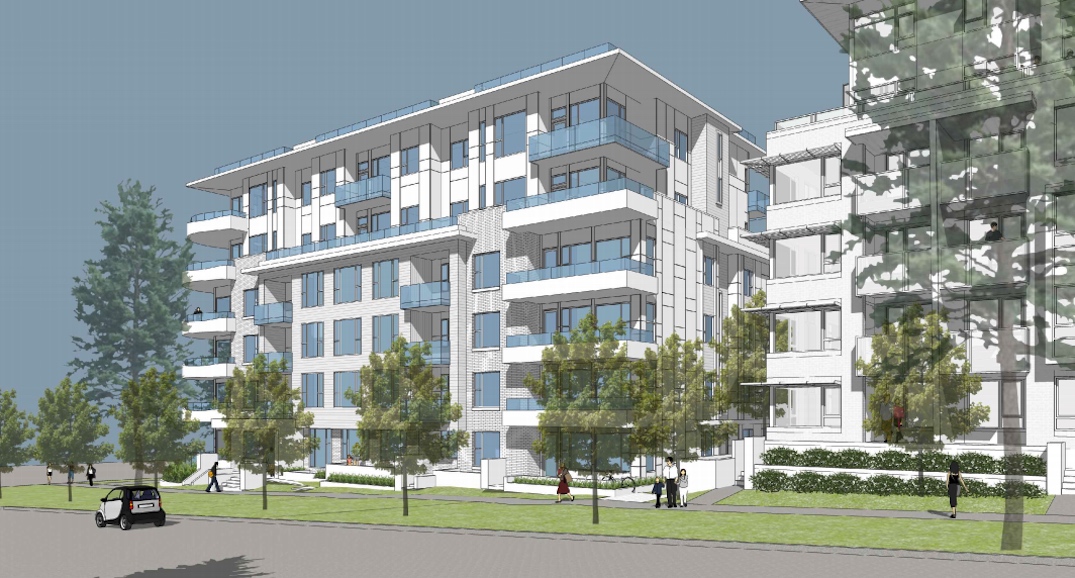 In stark contrast, NPA councillor Sarah Kirby-Yung argued that the rental homes are comparatively far more affordable than the existing single-family homes on the development site, and within reach for those who cannot afford condominiums. She also noted that despite the pandemic, Vancouver still has an exceedingly low rental vacancy rate that pushes up rents.

“I really don’t see the productivity in saying ‘No’ to 90 new market rental units, as opposed to turning it down and leaving it as one large lot. How is that going to help 90 families who need rental to stay in Vancouver? From my perspective, given where this is located, it makes sense to bring in some diversity of tenure in housing types, and I favour diversity in our neighbourhoods, which means people of different income levels, stages of life, and needs in affordability,” said Kirby-Yung.

“We continue to need rental. Would everybody like to see the rental to be more affordable? Of course, absolutely. Do we have a magic wand to wave on that? No, but we are trying to work towards it. I just think we have to be a little bit realistic.” 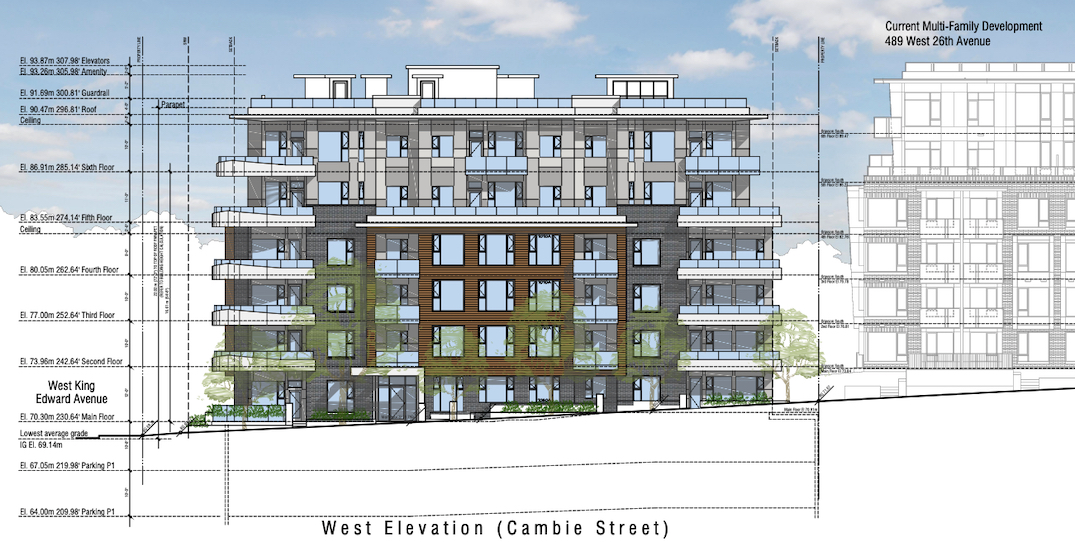 Despite the site’s extremely close proximity to the Canada Line, building heights can only reach up to six storeys, following the Cambie Corridor Plan’s prescriptions.  The property’s height is also restricted by the Queen Elizabeth Park mountain view cone.

The 1989-built detached home on the northern half of the lot, next to the intersection’s corner, has long had a “haunted” and superstitious reputation. 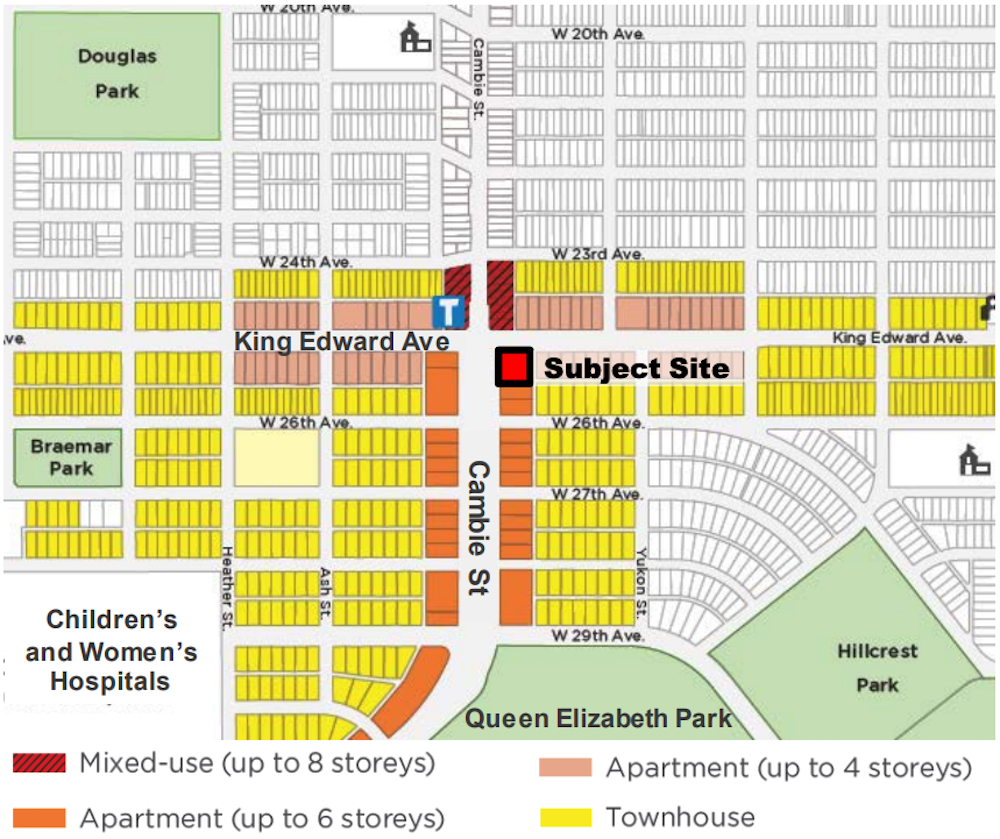 Site of the rental housing project at 4118-4138 Cambie Street, under the Cambie Corridor Plan. (City of Vancouver)

2021 A’ design award and competition