The most successful entertainment districts around the world are associated with having a large high-density cluster of commercial businesses, specifically entertainment and performance venues, retail, restaurants, bars, and hotels.

All of these businesses complement and support each other, as they further establish the entertainment district as a destination through their synergies. Attendees of a concert at a theatre, for example, are likely to support neighbouring restaurants and bars before and after the event.

To ensure there are minimal conflicts with these businesses and the public events and activations that spill out into the street, it is a best practice to have non-competing uses in and around the entertainment district.

One alternative use found in successful entertainment districts is office space, particularly in the upper levels, while the lower levels are dedicated to the venues and establishments. Office uses generally do not compete with entertainment and other commercial businesses, and in facts they serve to support the businesses during the daytime, such as office workers filling restaurants for lunch, after work social gatherings, and business meetings.

Residential space does not fit into the picture for what makes a vibrant entertainment district given the conflicts of noise from music and crowds, the longer operational hours of businesses, and the excess light that animates the streetscape to create a unique sense of place.

Moreover, placing residential uses within or near an entertainment district is simply poor form for livability, especially for low-income and vulnerable people on the road to recovery. 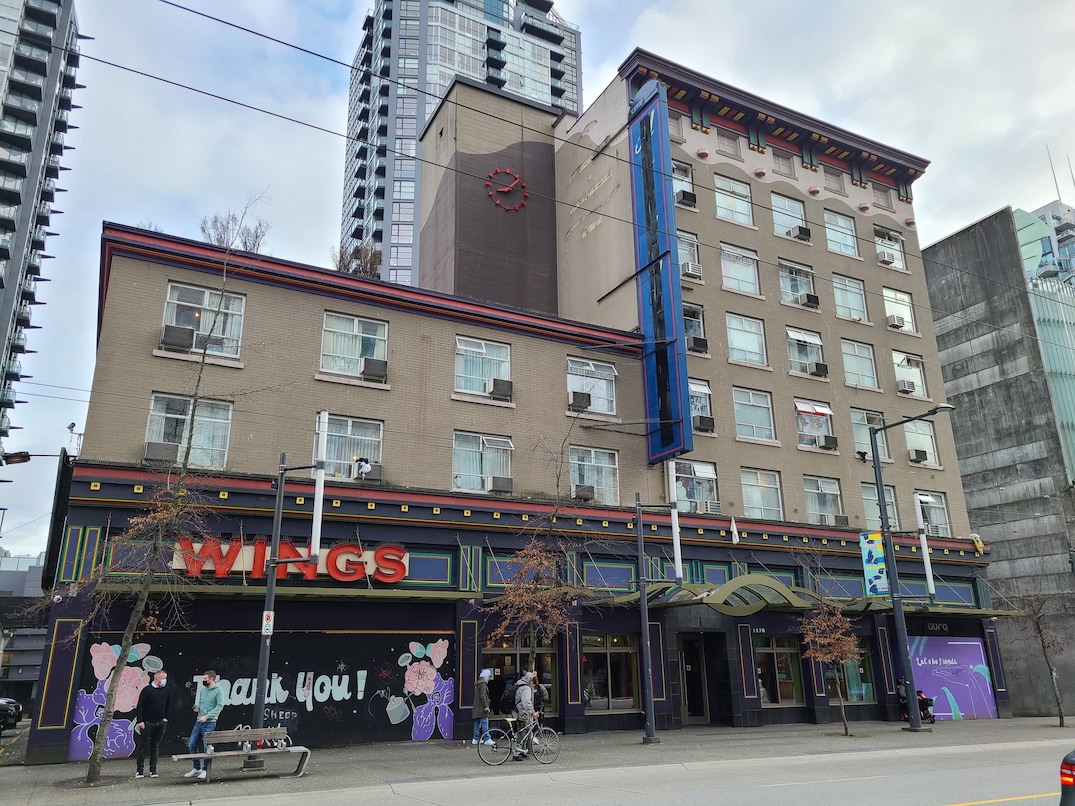 The former Howard Johnson hotel at 1176 Granville Street has been turned by BC Housing into the Lugaat supportive housing building. (Kenneth Chan/Daily Hive) 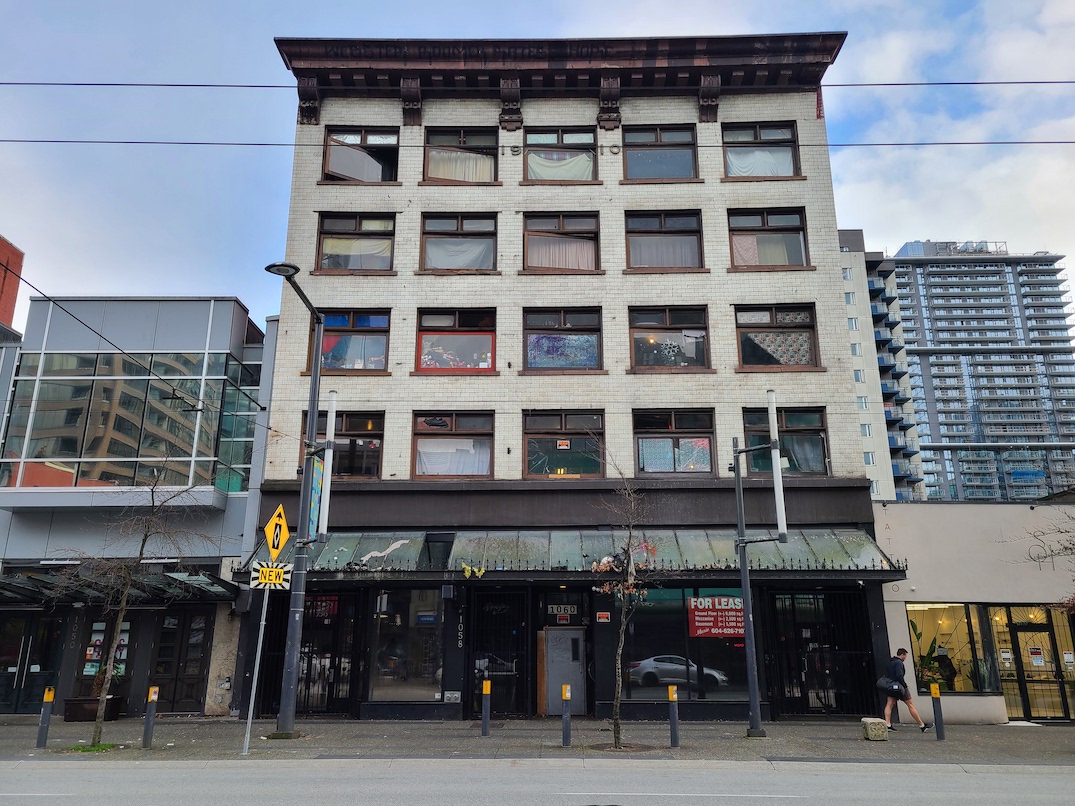 Over the past three decades, we have seen these conflicts from people moving into new residential buildings near the Granville Entertainment District (GED), only then to complain about the noise and light coming from decades-old establishments. Some relaxations in city policies exist for the GED and its businesses, but any further loosening runs into the issue of opposition from area residents, preventing the entertainment district from being its true potential serving local and regional residents and tourists.

The GED is also one-of-a-kind in the region, stretching just five city blocks on both sides of Granville Street south of Robson Street. In contrast, residential uses occupy about 42% of the land in the city of Vancouver, with 81% occupied by single-detached and duplex properties and the remaining 19% with all other building forms.

So unless the City of Vancouver does not value the GED, the region’s primary entertainment district, it becomes unclear why they would propose to modify the area’s zoning to accommodate more residential uses.

Later today, city council is expected to enter into a public hearing on city staff’s proposal to allow for the consideration of more rental housing and social housing within Area K3 — a two-block stretch of Granville Street, between Helmcken Street and Drake Street. 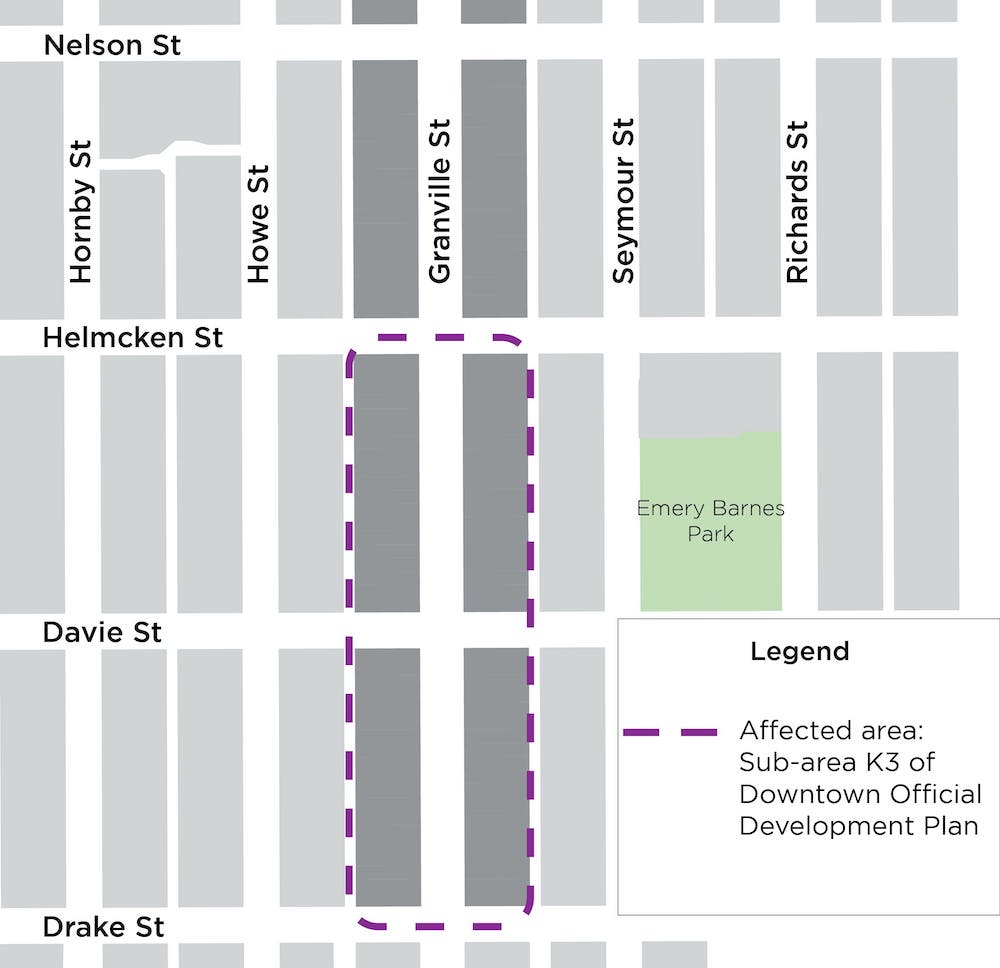 There is an obvious need for more affordable housing in the city, but does it really need to be in the GED?

Downtown Vancouver has already lost much of its retail streets to 100% residential developments, specifically Richards and Seymour streets, where there were previously complementary nightlife businesses that acted as a shoulder to the GED.

There is also already an extremely high concentration of SROs, supportive housing, and social housing units within and near the GED. Based on one account, there are over 2,000 units spread over Downtown South, along Richards, Seymour, Helmcken, Howe, Hornby, and Granville streets. 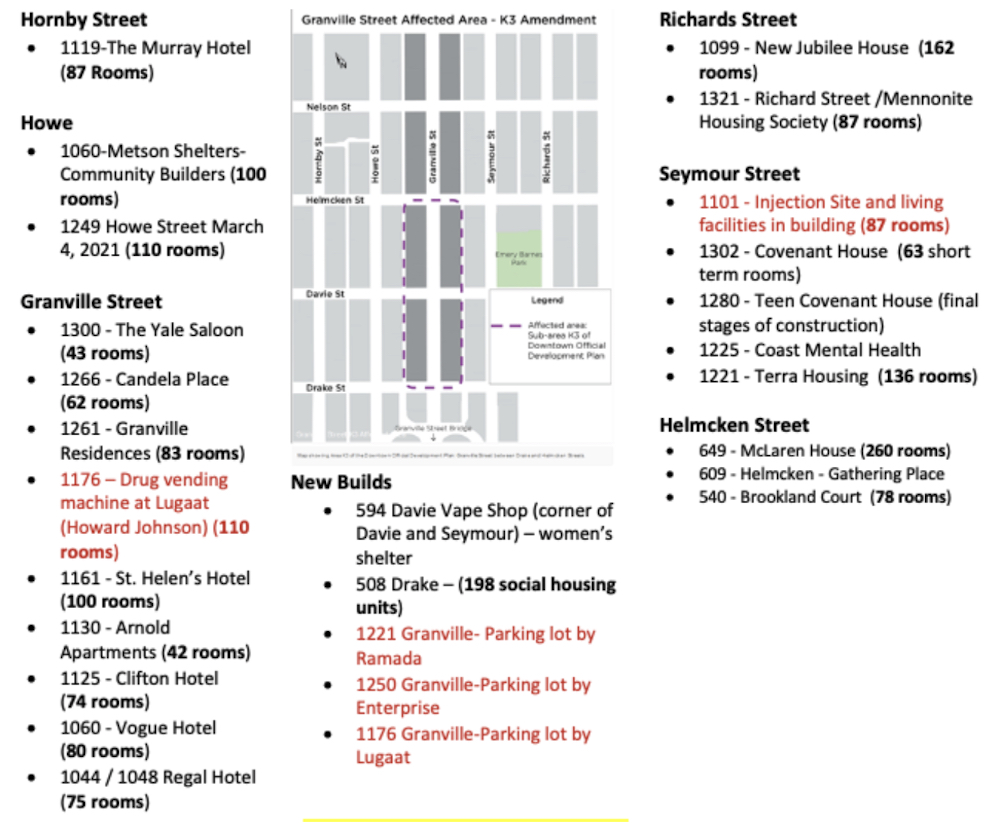 Map of SROs, supportive housing, and social housing buildings in Downtown South, in and around the Granville Entertainment District. Click on the image for a larger version. (Save Our City Vancouver)

The largest cluster is found on Granville Street, where there are at least nine properties with a combined total of about 600 units, including last year’s conversion of the 110-room Howard Johnson hotel at 1176 Granville Street into supportive housing. This hotel property will eventually be redeveloped by BC Housing into a new permanent affordable housing building.

The amendments to Area K3 cover all properties, but the changes are intended to immediately catalyze the development of three vacant mid-block properties — 1176 Granville Street, 1221 Granville Street, and 1250 Granville Street — currently used as surface parking. The lot sizes of these properties accompanied with the density allowances could potentially add hundreds of supportive housing and social housing units to the GED.

But there are opportunities to add affordable housing elsewhere, if barriers in city policies did not exist.

About one city block to the east of the GED at 508 Drake Street, the southwest corner of the intersection of Drake Street and Richards Street, a religious not-for-profit organization is proposing to redevelop the Ismaili Community Centre and Jamatkhana into a 409-ft-tall, 40-storey tower with about 200 units of social housing. 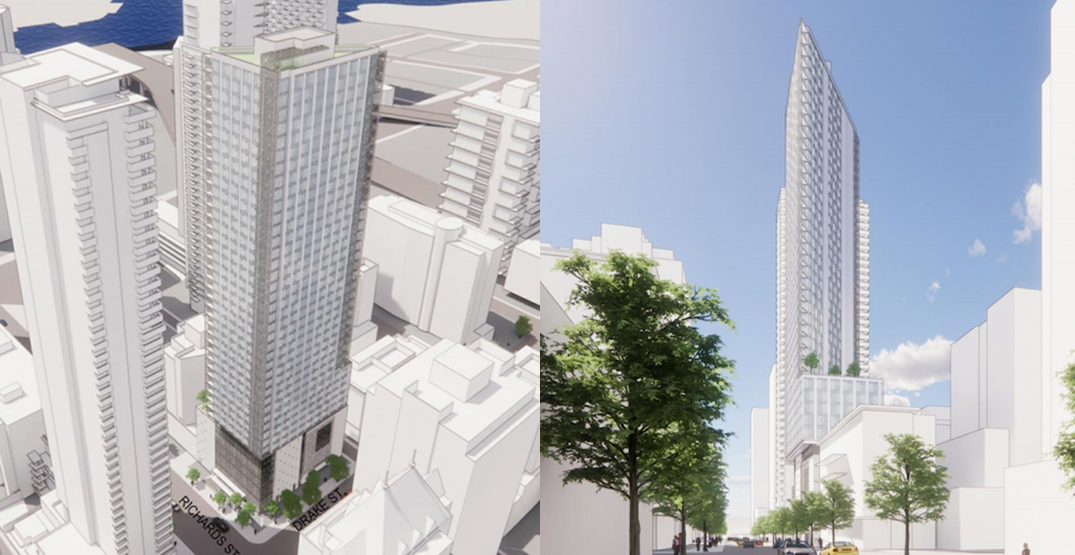 If it were not for a mountain view cone emanating from the South False Creek seawall, this tower could potentially provide double the number of social housing units, possibly almost equivalent to the number of units that can be generated on the three vacant sites on Granville Street. The tower floor plates are forced to be triangular in shape — half the size of the base — to avoid shaving slightly into the protected mountain view.

While 508 Drake Street will add to the concentration of social housing units in Downtown South, at the very least it will not be directly on the GED. 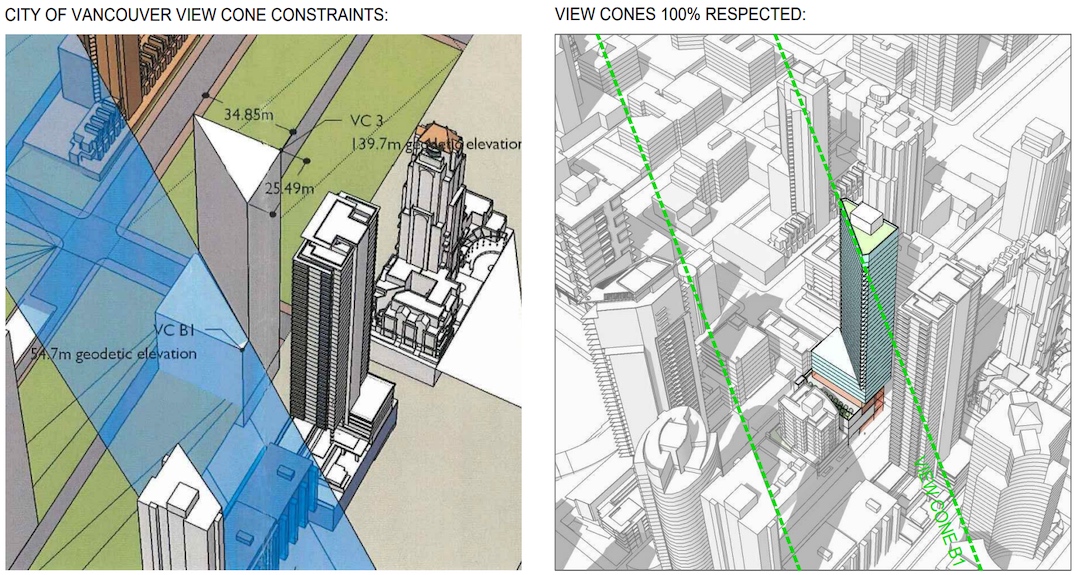 There is an obvious need to diversify the GED as a key component of its revitalization, but taking away potential commercial and economic development space for any housing is counterproductive to the city and region’s wide range of needs.

These properties at the southern end of the GED would be better reserved as future development sites for new low-to-mid tier hotels, replacing some of the eliminated accommodations capacity from BC Housing’s acquisitions of older low-end hotel properties over the past year. An inability to replace this accommodations supply in the city centre would be detrimental to the eventual rebound in the region’s significant tourism industry. 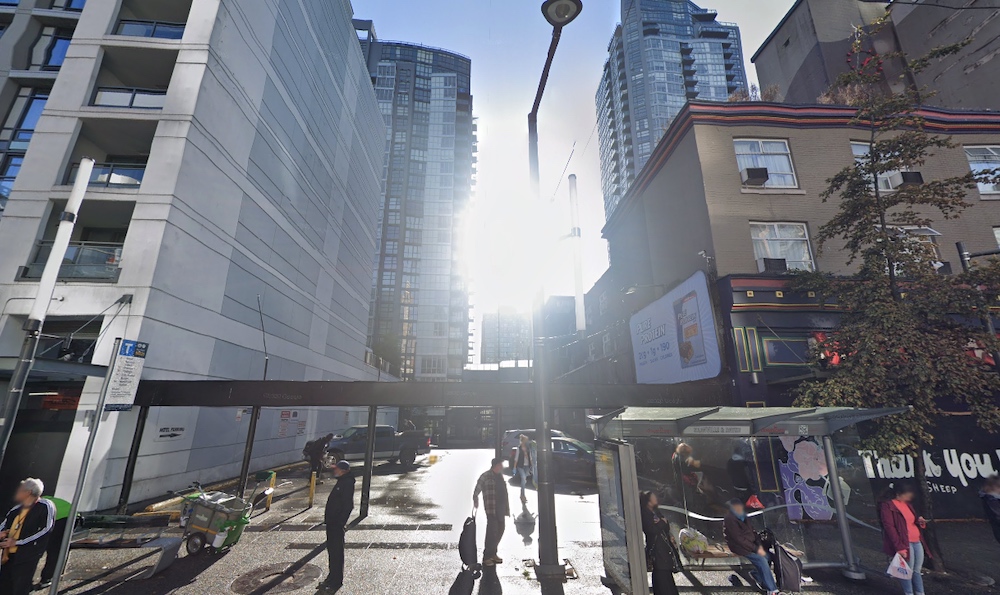 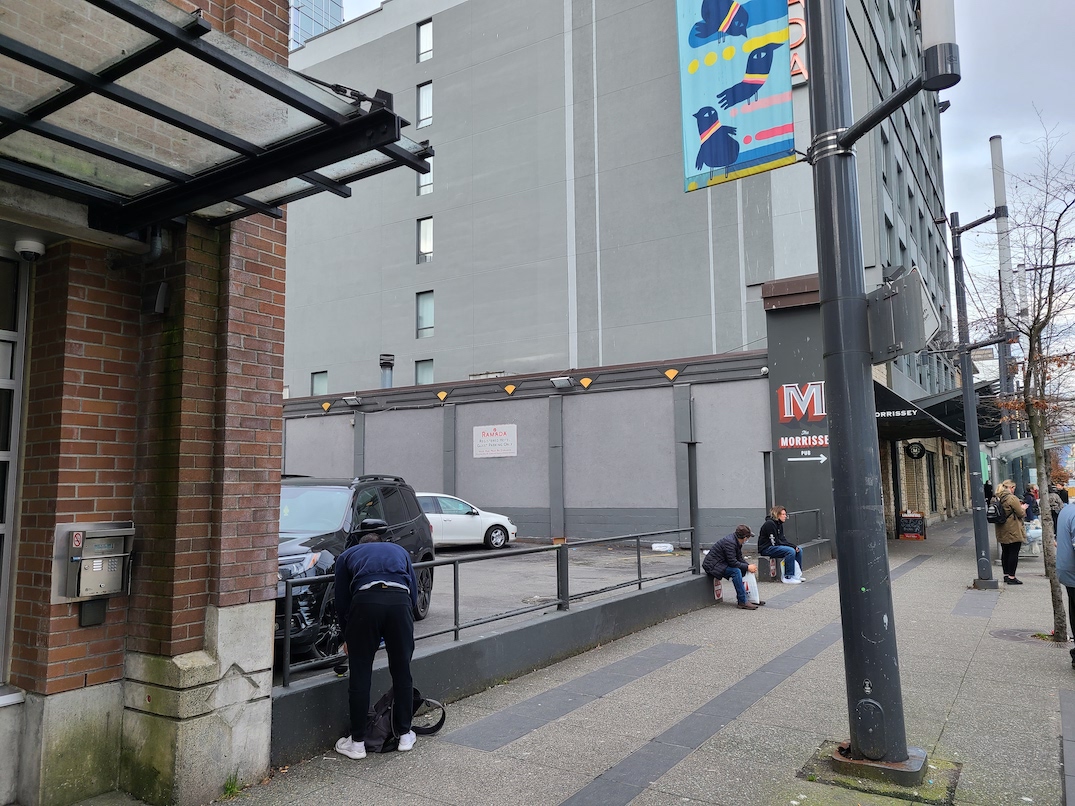 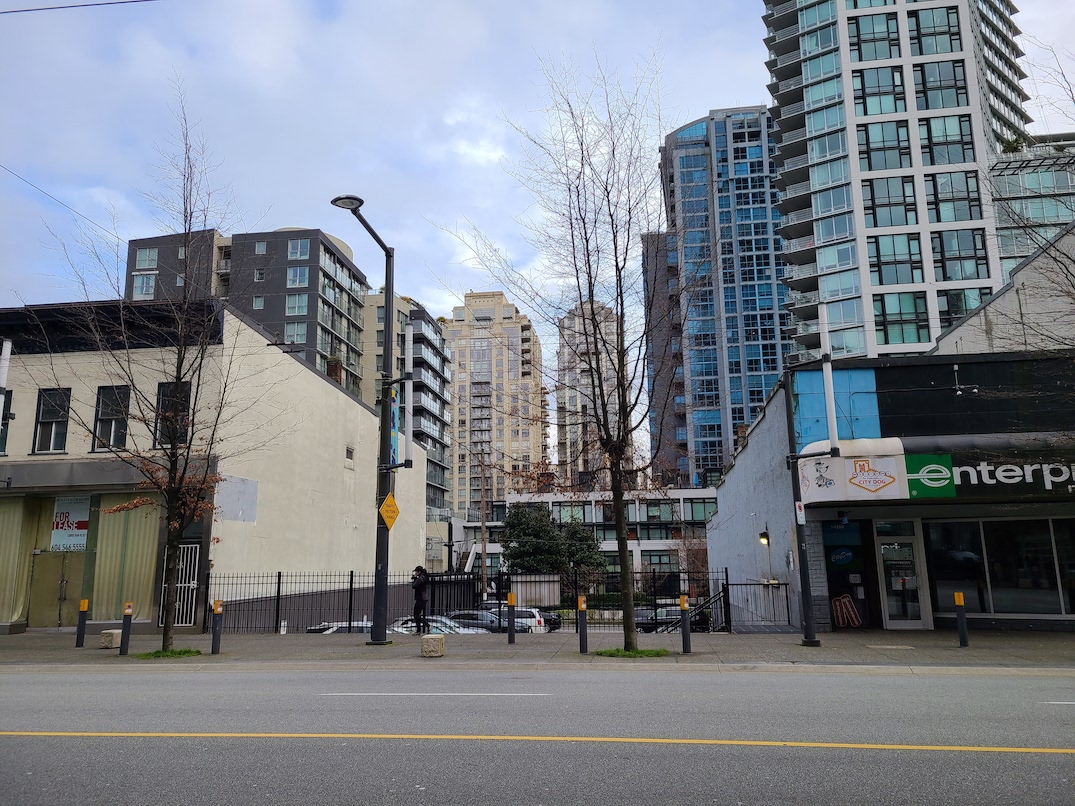 ECCO’s New Office Is a Modern Blend of Xi’an, Danish and Shoe Cultures

Dan Fumano: Police Board outlines next steps in anti-racism efforts