The intimate special marks the first time the Duke and Duchess of Sussex have done a televised interview since officially “stepping away” from their Royal Duties and settling in California.

Here are the five biggest bombshells from the tell-all.

Kate Middleton once made Meghan cry

Meghan corrected this long-running tabloid story early on in the interview. While it was originally reported that Kate was made to cry by Meghan, the Suits alum revealed it was actually the “reverse” that happened.

The drama was over bridesmaids’ dresses for Meghan’s 2018 wedding at Windsor Castle.

“It made me cry. It really hurt my feelings,” the Duchess of Sussex said, not going into detail about what exactly the disagreement was over, re the dresses.

It turns out the ladies were able to patch things up and put the issue behind them.

“It was a really hard week of the wedding, and she was upset about something. But she owned it, and she apologized and she brought me flowers and a note apologizing,” Meghan explained.

There were conversations over “how dark” Archie’s skin might be

The 39-year-old shockingly said there were “concerns and conversations about how dark his skin might be when he’s born.”

Archie notably does not have a royal Prince title — and Meghan also confirmed that the baby, who turns 2 in May, was denied one.

“They didn’t want him to be a prince … which would be different from protocol, and that he wasn’t going to receive security,” she told Oprah.

Harry and Meghan’s son is officially known as Archie Mountbatten-Windsor.

Meghan’s having a girl!

Meghan and Harry confirmed they were expecting their second child on Valentine’s Day!

In the interview, the couple revealed that baby #2 will be a girl. 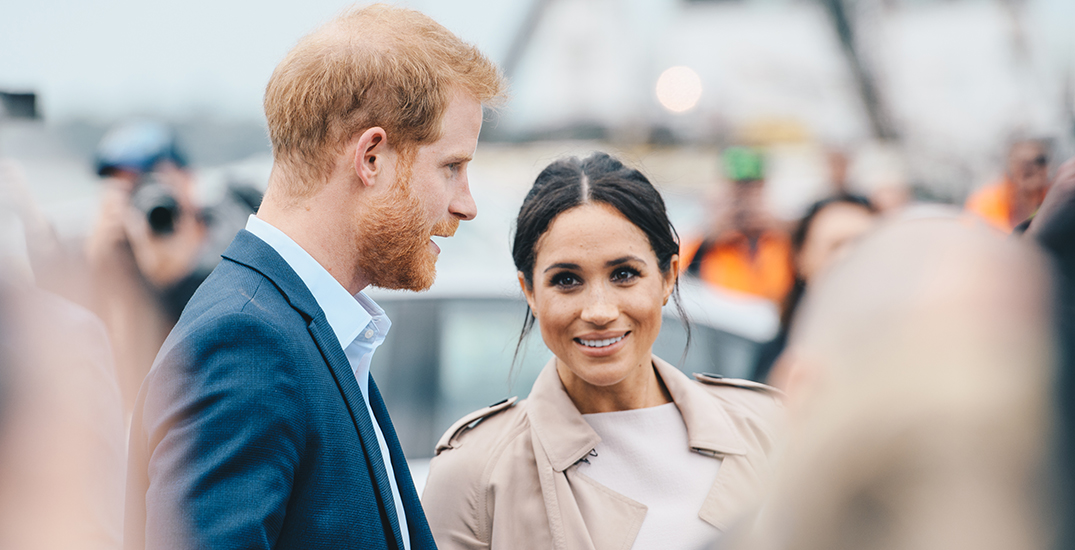 “To have any child any one or two would be amazing but to have a boy then a girl … what else can you ask for?” Harry said.

The couple are also parents to one-year-old son Archie.

Meghan and Harry were secretly married before their wedding

The world watched The Duke and Duchess of Sussex tie the knot via a televised broadcast on May 19, 2018 — but it turns out they were already married!

The couple had a secret ceremony three days ahead of their TV ceremony at St. George’s Chapel, which is located in Windsor Castle.

“You know, three days before our wedding, we got married,” Meghan said.

“No one knows that. We called the archbishop and we just said, ‘Look ― this thing, this spectacle is for the world.’”

The low key, backyard ceremony was performed by the Archbishop of Canterbury — a vast contrast to their 600 person wedding just days later.

“But we want our union between us ― so the vows that we have framed in our room are just the two of us in our backyard with the Archbishop of Canterbury. Just the three of us,” Meghan, who wore a black silk floral gown by Armani for the interview, said.

Meghan confessed that the media scrutiny and pressure lead her to feel like she “didn’t want to be alive anymore.”

“I was ashamed to say it at the time and ashamed to have to admit it to Harry. But I knew that if I didn’t say it — then I would do it,” she said in an emotional part of the interview. “I just didn’t want to be alive anymore…That was clear and real and frightening and constant thought.”

She told Oprah she considered checking into a mental health facility, but was told she couldn’t go.

“[Going to a hospital] is what I was asking to do,” she then said. You can’t just do that, I couldn’t call an Uber to the palace, you couldn’t just go. You have to understand…that was the last time I saw my passport, my drivers license, my keys. Alt that gets turned over,” she explained of her controlled royal life.

“Even the people that smiles and shine the brightest lights. You need to have compassion for what it actually potentially going on,” she added.

Shortly after, the couple departed the United Kingdom and lived in Victoria, BC for several months.

Proptech strategy is as important as the tech itself | RENX

Project bank account usage not being monitored by government