Several online vigils will take place to honour the victims of the Quebec City Mosque attack on Friday.

Four years ago today, a terrorist attack at the Centre culturel islamique de Québec in Ste-Foy claimed the lives of six people and seriously injured 19 others.

Virtual events have been set up on Facebook and Zoom by the mosque and other affiliated groups. Some events will read from the Qur’an, and others will hold remote moments of silence.

Events are scheduled to take place all day Friday between 11 am and 5 pm ET.

On Friday morning, Prime Minister Justin Trudeau issued a statement to mark the fourth anniversary of the tragedy.

“Today, on behalf of the Government of Canada, I invite all Canadians to remember the victims of this heinous act,” said Trudeau. “We will stand united against division and violence, neither of which have any place in Quebec and in Canada. We will always defend our values of respect for diversity, openness, and inclusion, regardless of our beliefs, background, and religion. Together, we will also continue to fight against Islamophobia and all other forms of discrimination, to make our country and this world fairer, stronger, and more inclusive for all.”

On Thursday, the federal government announced plans to make January 29 a National Day of Remembrance of the Quebec City Mosque Attack and Action Against Islamophobia.

Steven Guilbeault, Canada’s Minister of Canadian Heritage, said the designation is intended to honour the victims of the 2017 attack and express solidarity with the survivors.

“Ibrahima Barry, Mamadou Tanou Barry, Khaled Belkacemi, Abdelkrim Hassane, Azzeddine Soufiane, Aboubaker Thabti were fathers, husbands, loved ones, colleagues and Muslims,” Guilbeault said. “Their deaths were heartbreaking for their loved ones, for Muslim communities around the world and for Canadians. Islamophobia, hatred and radicalization — and the denial of these realities — are the root of this horrifying crime.”

Guilbeault also announced that the Canadian government intends to introduce new regulations that will require online platforms to remove illegal and hateful content “before it causes more harm and damage.”

Flags at Montreal City Hall will be at half-mast on Friday. “Let us salute the memory of the victims, the courage and resilience of the survivors, and let us continue to fight against intolerance,” said Mayor Valérie Plante.

The Conseil des Associations Musulmanes de l’Estrie (CAME) is organizing a virtual vigil for 5 pm, in memory of the victims.

The goal of this virtual event is to “encourage and foster positive dialogue and highlight the importance of contributing all together to build a society of solidarity, peace, and openness to others.” 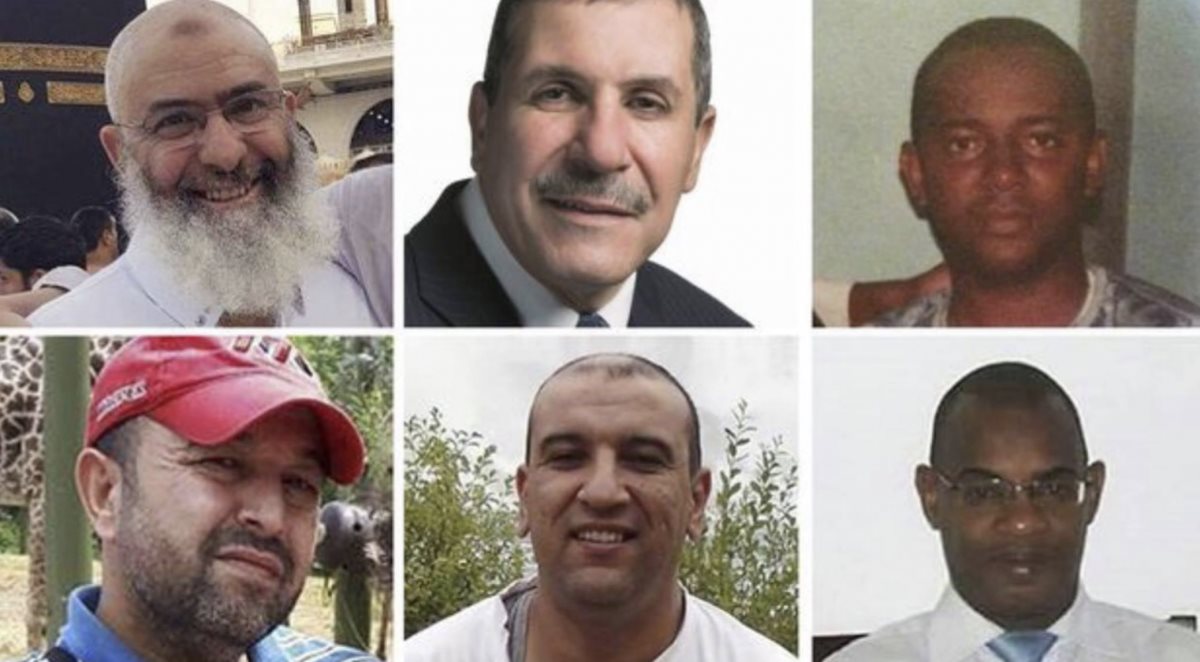 This online Zoom commemoration is live from Winnipeg from 6:30 to 7:30 pm ET.

“Our goal for this Day of Remembrance is to stand in solidarity with everyone who understands that, if one group that wants to call Canada home can be labelled as the “other,” “lesser” or “to be feared” owing to their race or religion, then any group of people can be labelled as such, and consequently marginalized.” 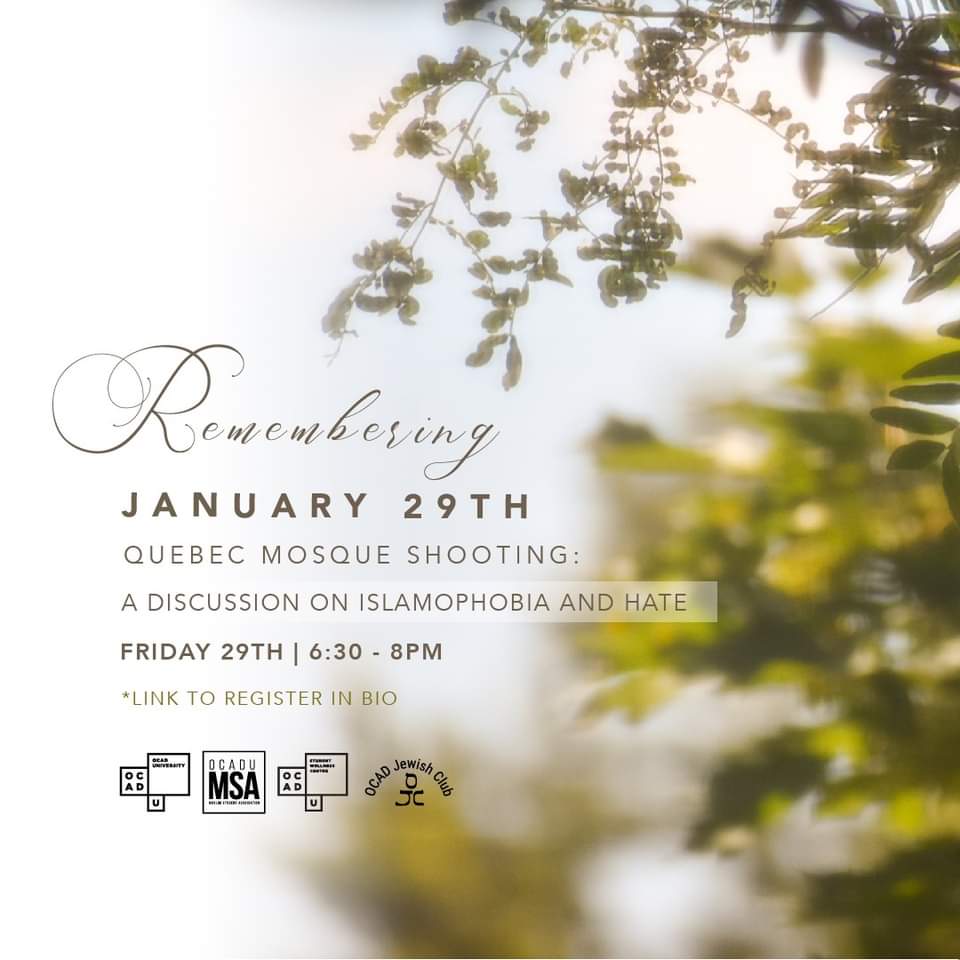 As a calm remembrance of the tragic Quebec City Mosque Shooting, the OCADU MSA invites guests to join the event “as we honour the victims and survivors of the heartbreaking calamity that took place in 2017.”

Guests are asked to join McGill Principal Suzanne Fortier and Provost Christopher Manfredi for an online remembrance of the six lives that were lost. Guests will include Member of Parliament Marc Miller, Member of the National Assembly Jennifer Maccarone, and representatives of the Institute of Islamic Studies and the Muslim Students’ Association.