Investors will also focus on how quickly Biden institutes his promised US$1.9 trillion stimulus package – a capital infusion that includes US$1,400 cheques for Americans whose annual income is less than US$75,000 and slightly reduced amounts to those who earn more.

Biden also plans to provide US$350 billion to states and local governments to help them build roads, bridges and other infrastructure. The projects are likely to increase prices for materials used in road building, and that could help companies involved in mining and selling metals, many of which trade on the Toronto Stock Exchange.

Biden’s success in delivering on his promise to vaccinate 100 million Americans for COVID-19 within his first 100 days in office is key to instil confidence in investors that hard-hit sectors in the economy will reopen, and flourish, as health officials lift restrictions.

Economic headwinds could accompany Biden’s plan to roll back Trump’s tax cuts and increase corporate taxes to 28% from 21%.

Stricter regulations on large technology or energy companies could rattle investor sentiment for investments in those companies.

Cannabis companies jumped in value thanks to investors believing that the Democrat-controlled Congress would pass legislation friendly to the sector, such as enabling banks to do business with cannabis companies and decriminalizing adult use of cannabis.

Renewable and clean-energy companies’ shares soared on investor hopes that a Biden administration will take action to combat climate change.

Leith Wheeler CEO Jim Gilliland told BIV that when fiscal stimulus is pumped into the economy, the first things to rise in value are “hard assets, like gold and Bitcoin.”

Eventually, that capital flows into the real economy, in areas such as materials, energy and industrial companies, he said.

Investors are speculating on how Biden’s order to revoke a permit for the Keystone XL pipeline will affect energy markets. Some believe Biden may institute other restrictions on fossil-fuel use.

His firm has long been known for investing in companies that have strong environmental, social and governmental (ESG) practices and for limiting exposure to those that generate profits from fossil fuels.

Biden’s victory and his promises to rejoin the Paris climate accord, has Wachell more bullish than usual about the prospects for ESG companies.

Still, he calls the Democrats’ control of the White House and Congress a “blue ripple,” instead of what many pundits have called a “blue wave,” because the majority in the Senate is tenuous, and the next elections for the House of Representatives is in less than two years.

Thane Stenner, who is set to join Canaccord Genuity Wealth Management next month as a director and vice-president of wealth management, agreed with Wachell that Biden’s victory will in the short term help clean energy ventures and traditional oil companies.

“The oil industry is going to be in a long-term decline curve, with periods of time in which it will rally. It’ll still be cascading, like a bouncing ball, down the stairs. Right now, we think that the ball is bouncing up, from the last nine or 10 months, and that this will probably continue for another year or two. There will be another leg down at some point.” 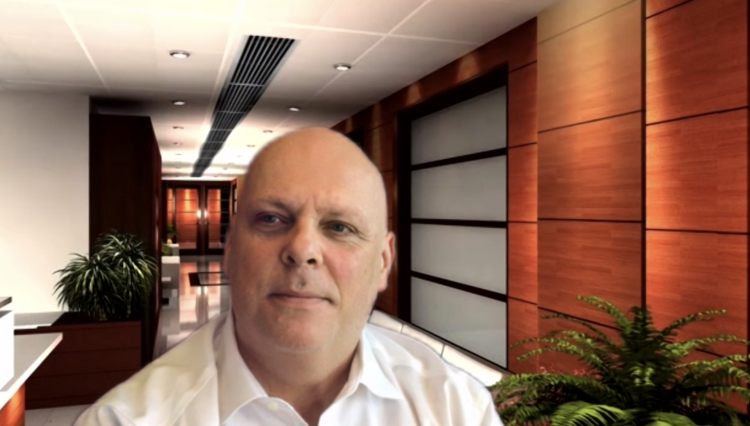 (Image: Thane Stenner is a longtime financial advisor and author set to join Canaccord Genuity Wealth Management next month as a director and vice-president of wealth management | Zoom)

Gilliland, Wachell and Stenner all agree that financial companies are poised for a bull run. That is in part, Gilliland said, because the sector’s share-price valuations are lower than historical averages and the dividend payouts are desirable.

Bond yields have risen on expectations that excess stimulus will spur inflation and that there will be faster economic growth early in Biden’s term.

Overall, investors have done comparatively well in the past with Democrats controlling both White House and Congress.

Bespoke Investment Group calculated that, since the Second World War, investors have generated a 15.7% annual return in the Dow Jones Industrial Average when Democrats controlled the White House and Congress. •

Ekman-Larsson candidly admits he needs to refill his competitive tank

Owner of evacuated Okanagan pig sanctuary warns others to be prepared

How to Clean Concrete – This Old House