Northern BC has more new daily COVID-19 cases per capita than Metro Vancouver, as virus transmission spikes in rural areas of the province.

The province’s rural regions now bear the highest per capita daily case loads, according to a new map from the BC CDC released Thursday. Several areas in Northern BC and certain ones in the Interior are reporting more than 20 new cases per day per 100,000 population.

At the same time, virus transmission in BC’s Lower Mainland appears to be levelling off. Metro Vancouver, and particularly Fraser Health, was the epicentre of transmission for several weeks this winter. But this latest map suggests a shift.

The Cariboo, in Revelstoke, Bella Coola, and several communities along Highway 16 are experiencing heavy transmission, and they’re coloured nearly brown on the map.

“There is a community cluster in the Cariboo-Chilcotin region of the province, in and around Williams Lake,” Provincial Health Officer Dr. Bonnie Henry said in a statement Thursday. “We remind people to pay close attention to how they are feeling and to immediately arrange to get tested if they are feeling unwell with symptoms of COVID-19.”

Looking at the map of cumulative infections since the pandemic began, the Lower Mainland has still seen the highest totals. But increasing spread in Northern BC is still concerning because healthcare resources tend to be spread further apart in rural areas compared to in cities. 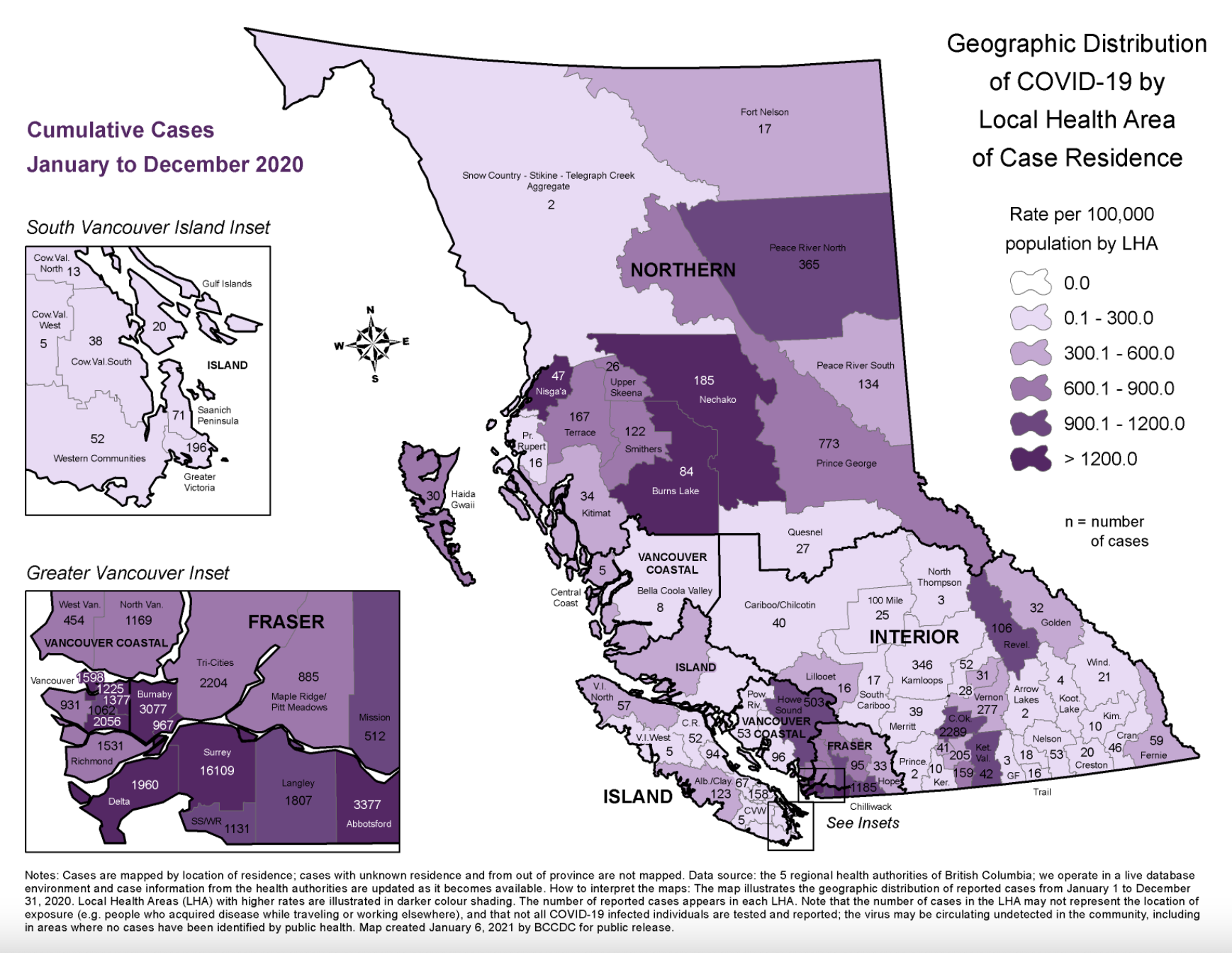 Improve Your Meditation Practice by Getting Comfortable

How to protest China human rights violations without boycotting Games

Galaxy 2, Whitecaps 1: Pain is eternal and inevitable for cursed Caps