in the gardens of jerusalem’s hansen house rises ‘ester tower’ designed by czech studio, huť architektury martin rajniš (HAMR). the timber observatory was conceived as an ‘artistic artifact’ and as a symbol of friendly relations between israel and the czech republic.

‘jerusalem is, and not only for me, an enchanting city. all of us at HAMR feel the same way about it. in the spring of 2017 my friend lukáš přibyl, who is the head of the czech center in tel aviv, approached me with news that he and mrs. francoise cafri from the jerusalem municipality possibly found a way to build an artistic object, a tower, in the center of jerusalem. and that it would be a great way of celebrating the 100th anniversary of the founding of czechoslovakia, as well as the 70th anniversary of the establishment of the state of israel. of course, I did not hesitate, not even for a second,’  says architect martin rajniš. 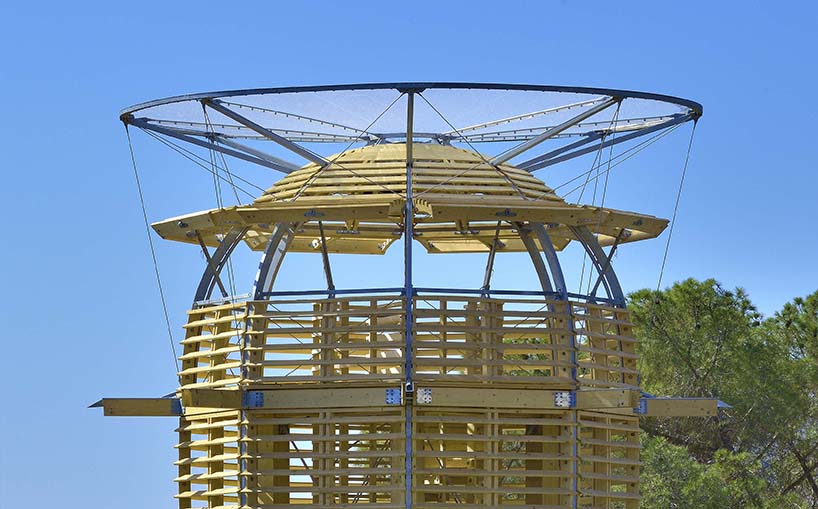 the building that is now called hansen house was first constructed in 1887 as a leprosy asylum. nowadays, it houses a prominent art center. to create this tower for the art center’s gardens, the design team took inspiration from the humble cactus and its prickly, yet beautifully resilient nature. ‘I found it symbolic. this combination of tenderness and determination was, as I noticed, similar to the character of people I had encountered in israel,’  explains rajniš. 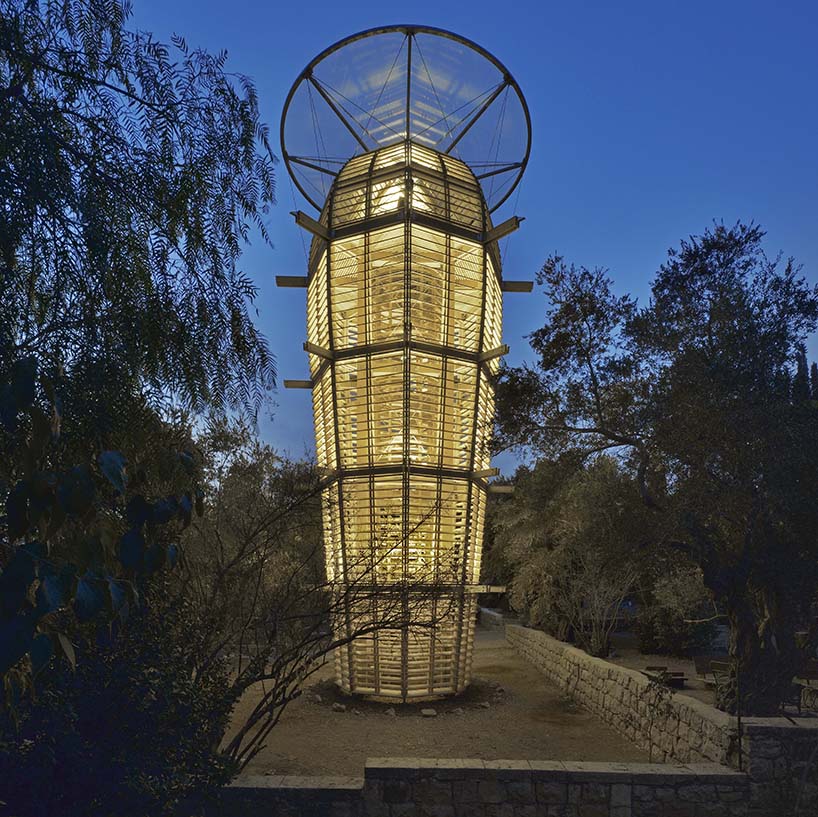 similar to some cactus species, the structure is characterized by its slightly ballooned shape. the tower is topped with a platform, where, like with cacti flowers, individual petals of the outer cladding peel up, allowing visitors to enjoy the view while being sheltered from harsh sunlight or inclement weather. 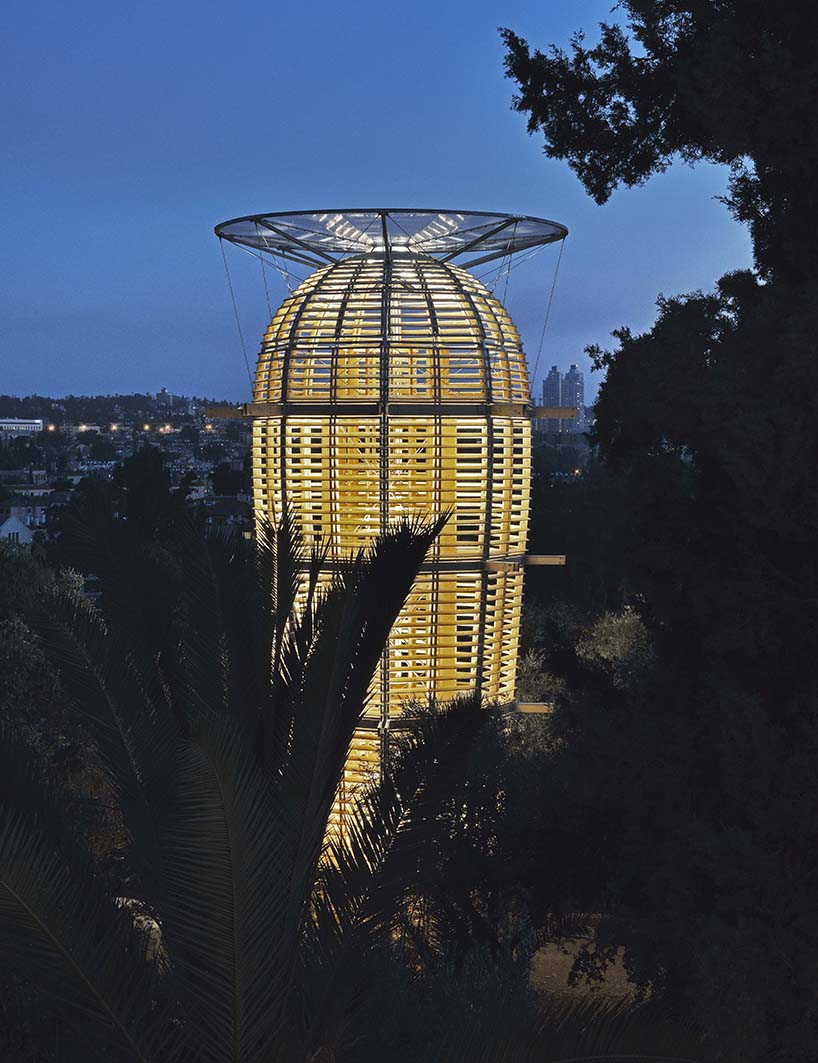 ‘the only tower of its kind, as each of our projects is strictly unique – we never repeat our designs. we paid a lot of attention to adjusting the parameters of the tower to the fairy-tale-ish setting of hansen house and its gardens – so that it wouldn’t try to outshine the historical building, but rather be a humble companion to the old olive trees and other plants in the garden, as well as houses in the immediate vicinity of the hansen compound,’  concludes martin rajniš. 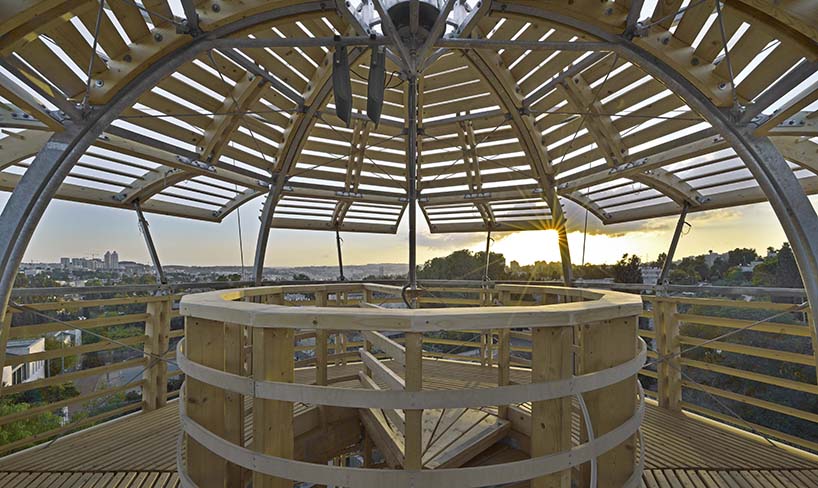 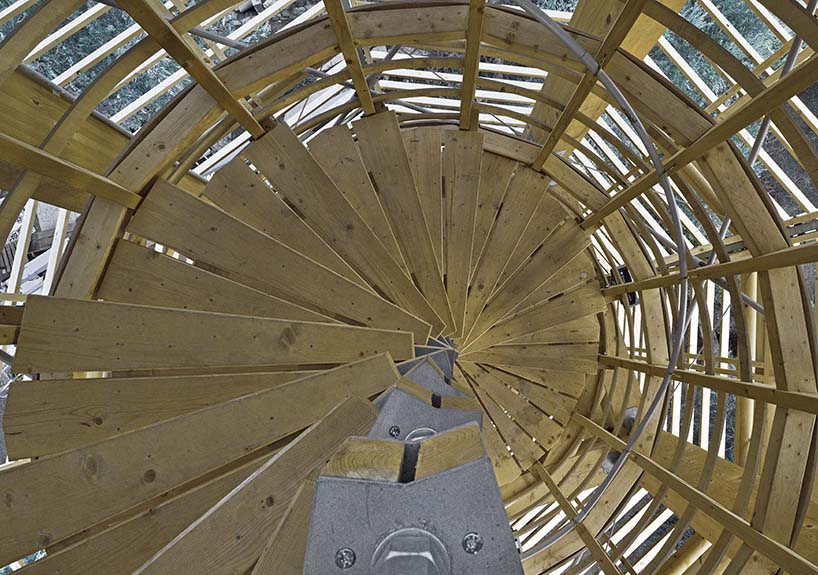 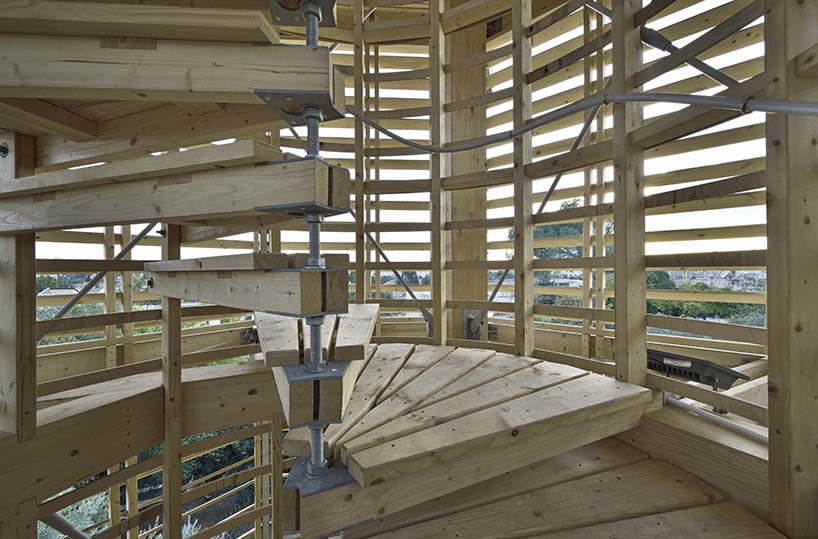 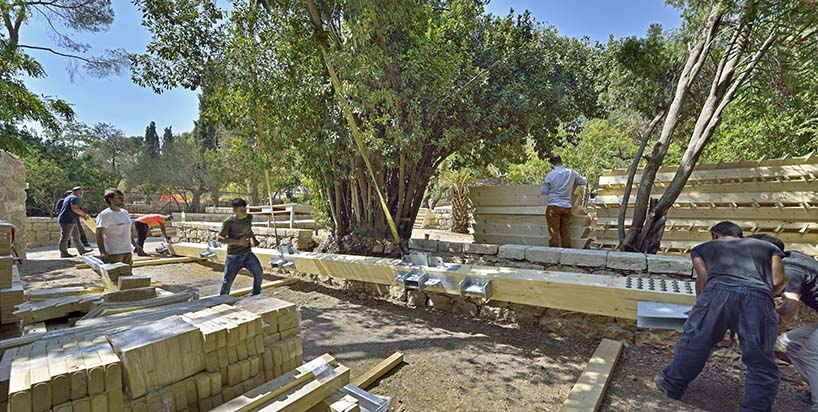 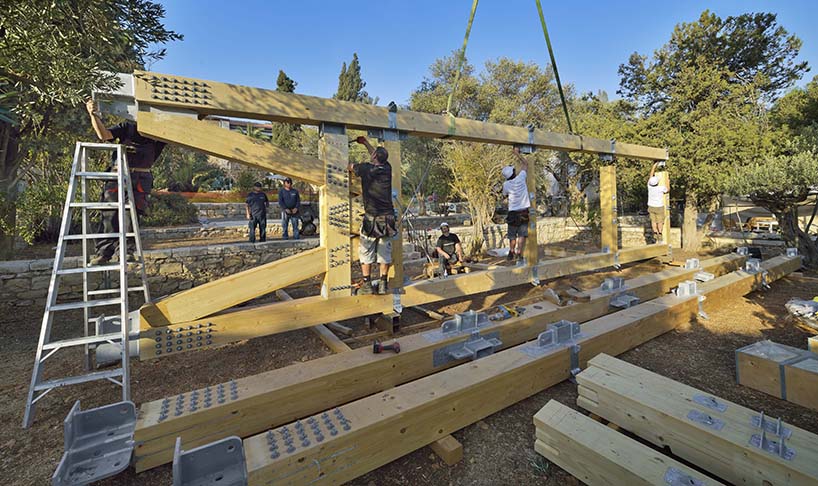 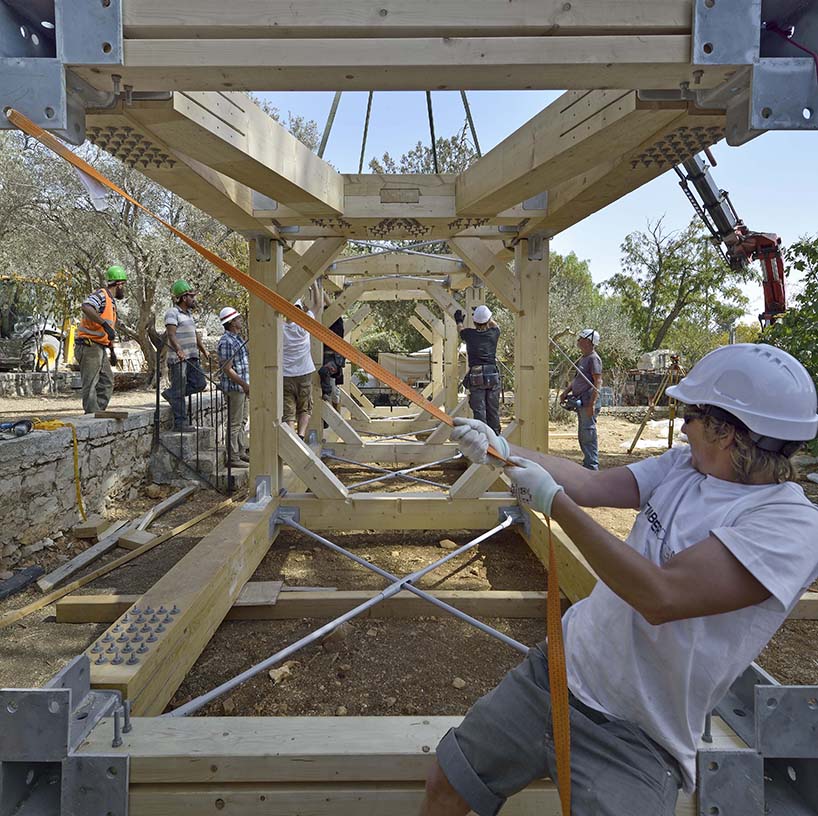 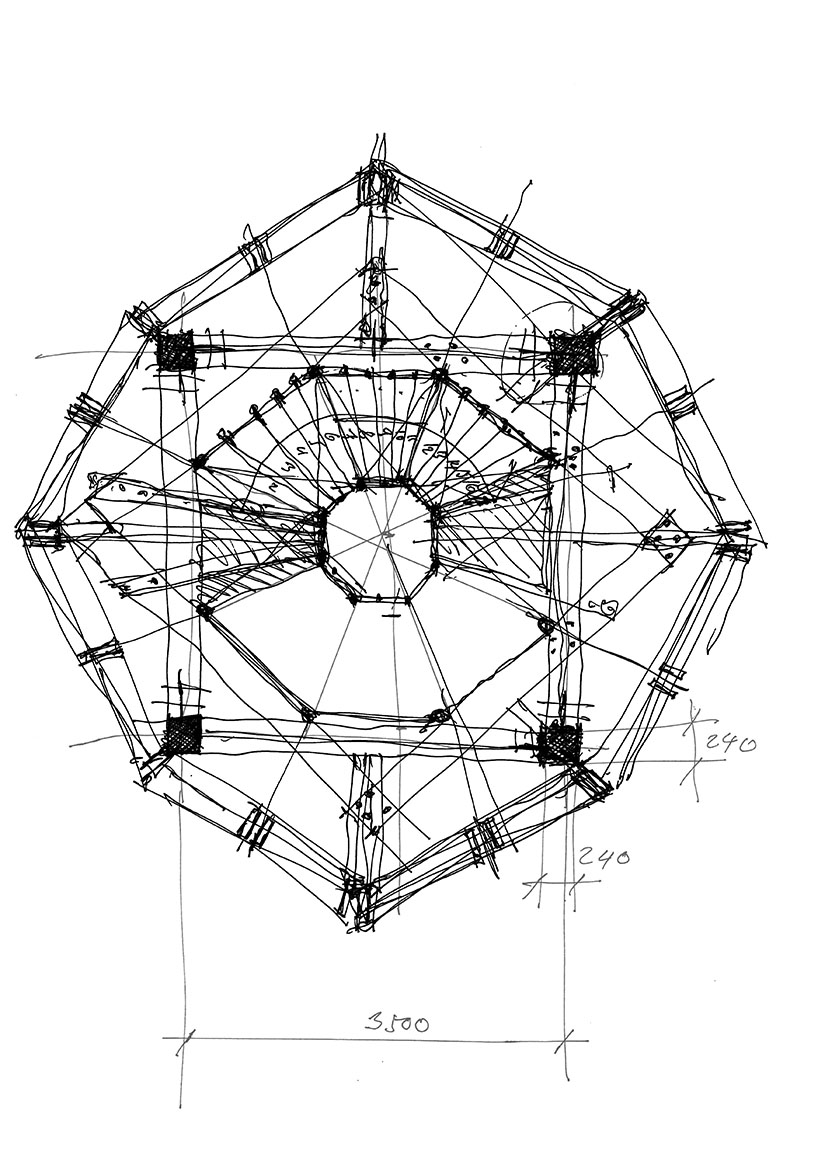 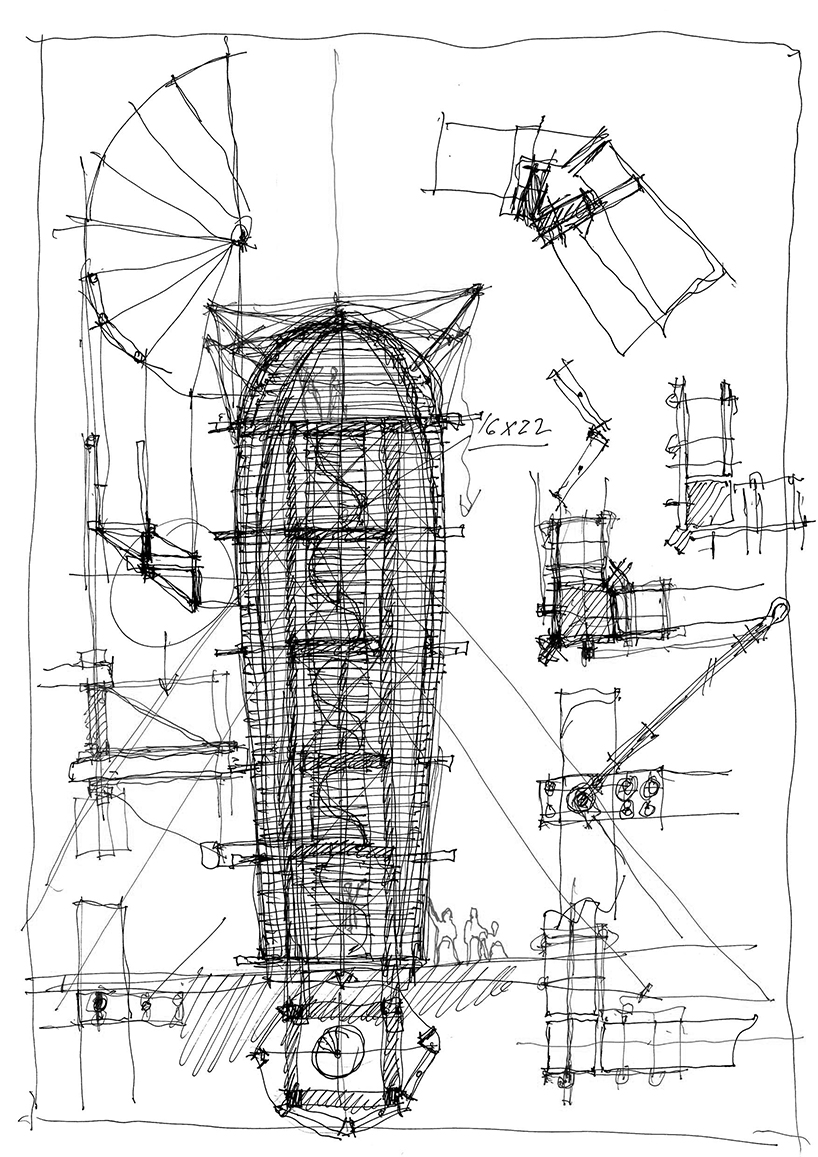 Determining the resale value of your used machine